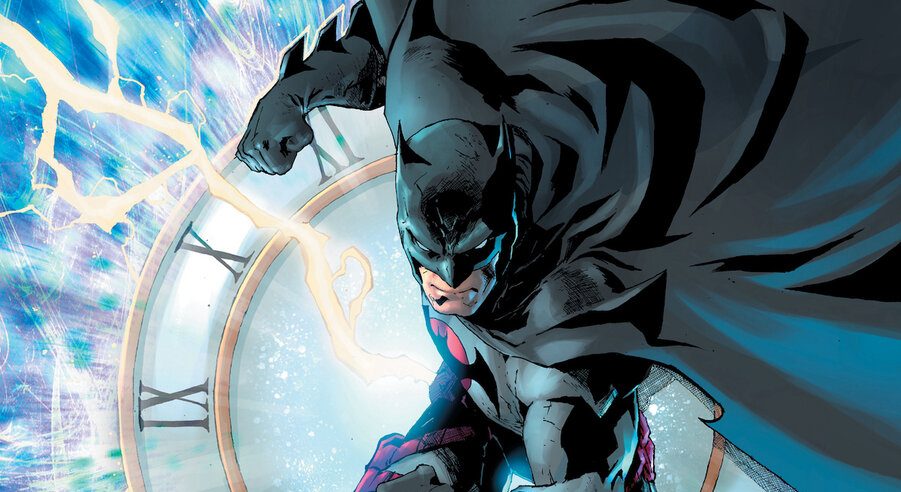 DC Comics announced that they are taking us back to the world of Flashpoint. The new mini-series titled Flashpoint Beyond will bring back original Flashpoint creator Geoff Johns for the sequel. In the new series, we see the Flashpoint universe’s Batman in which Thomas Wayne dons the cowl after the events that we saw lead to Bruce Wayne’s path to becoming the Dark Knight see Bruce falling to the gun and Thomas Wayne becoming a more violent and vengeful version of Batman.

The series will kick off in April in Flashpoint Beyond #0 which is written by Johns and art by Eduardo Risso. In the sequel series:

“After sacrificing everything to help The Flash put the universe back together and save Bruce Wayne’s life, Thomas Wayne wakes up in a world he thought was no more. Forced to don the cowl once again, Batman prowls the streets of Gotham City searching for answers to how this world still exists, but what he starts to uncover will send him hurtling around the globe. The hunt for the Clockwork Killer starts here!”

“This is for fans of big DC events and the great history of DC when it comes to comic books,” Johns said in a statement. “And even though this is an event, it’s focused on character over concept – it’s the story of Thomas Wayne Batman, a Barry Allen that could’ve been, the crimes of Bruce Wayne – it’s a murder mystery, a secret mission and a look into the past, present, and future of the continuum of DC. And as dark as it can get in this upside down world of Flashpoint, it’s fun.”

After our introduction with the #0 issue, we will see the series expand when Flashpoint Beyond #1 arrives which will also be penned by Johns, Jeremy Adams, and Tim Sheridan with art by Xermánico. Here we see Batman:

“hunt for the Clockwork Killer brings him to Europe and face to face with the mad king, Aquaman. On the eve of Aquaman’s sinking of London, Batman infiltrates his stronghold and goes on the warpath for answers. Nothing matters to Batman, whose world is already dead, but if he can track down the Clockwork Killer, Thomas can save his son’s world and put everything back together again.”

“This is something that, as a fan, I’ve been waiting for a long time — a return to the world of Flashpoint,” said Sheridan. “The fact that I’ve gotten to be a small part of that return is just about the coolest thing that’s ever happened to me and getting to be associated with Geoff, Jeremy, Eduardo, Xermánico and a team that’s put their whole hearts into this, has made it no less than surreal. I can’t wait for people to see these pages!”

“It’s been a privilege, and incredible learning experience, to work with these talented writers, artists, inkers, letterers, colorists, and editors for this series,” said Adams. “Talking story and character has been eye-opening, and the lessons will undoubtedly color everything I do from now on. I’m beyond excited that DC fans will get to go back to the Flashpoint Universe and experience a grounded mystery that will evoke serious philosophical questions while tugging at your heartstrings.”