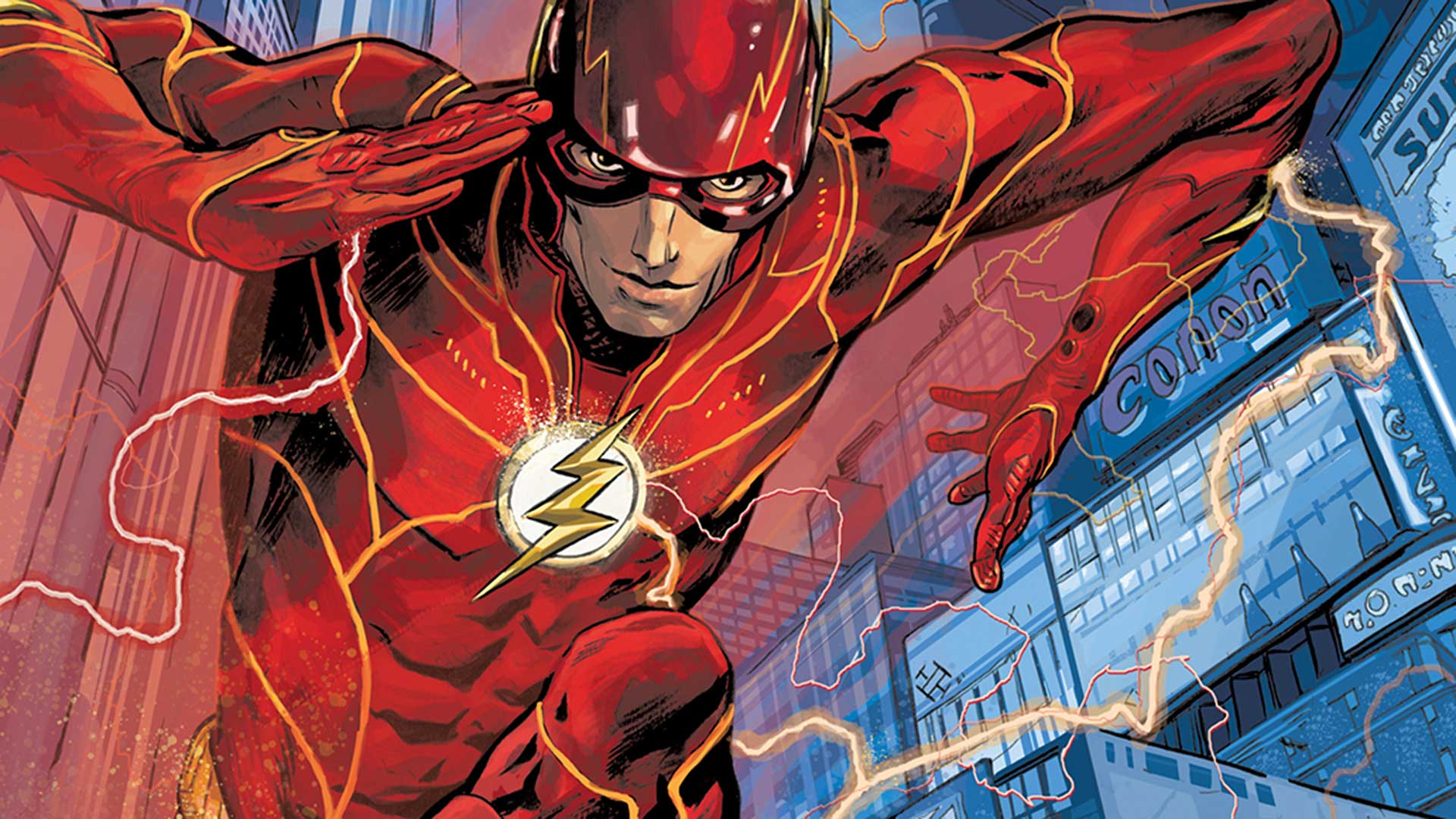 DC has unveiled a new comic book mini-series featuring The Flash. This version of The Flash will bring the movie universe and comic book universe together as it serves as a prequel comic to the upcoming Warner Bros. film The Flash that is set to release on November 4th, 2022. The Flash The Fastest Man Alive will give fans a head start on the film speeding its way into theaters.

The three-issue comic book series that will be set before the film starring Ezra Miller as Barry Allen/The Flash will pick up after 2017’s Justice League as Barry Allen returns to his home Central City with hopes of becoming the hero his city needs.

The official synopsis for the comic book series:

“Barry Allen’s world-saving adventure with the Justice League has driven Central City’s favorite son to become a truly skilled and inspirational Super Hero. But when a new threat by the name of Girder emerges in Central City, Barry turns to Batman for advice on training to master his powers. Under the Dark Knight’s tutelage, The Fastest Man Alive will have to find a way to defeat this metallic menace or be crushed by Girder’s strength!”

The series will be written by Kenny Porter with art by Ricardo Lopez Ortiz, Juan Ferreyra, and Jason Howard each providing art for an issue. Max Fiumara provides the art for The Flash: The Fastest Man Alive #1‘s main cover with a rare variant cover from the film’s director Andy Muschietti.

The Flash: The Fastest Man Alive #1 (of 3) goes on sale on April 26, with a collected edition planned for October which will get the single issues or collected edition in your hands before the film’s November release date. Check out the cover below: