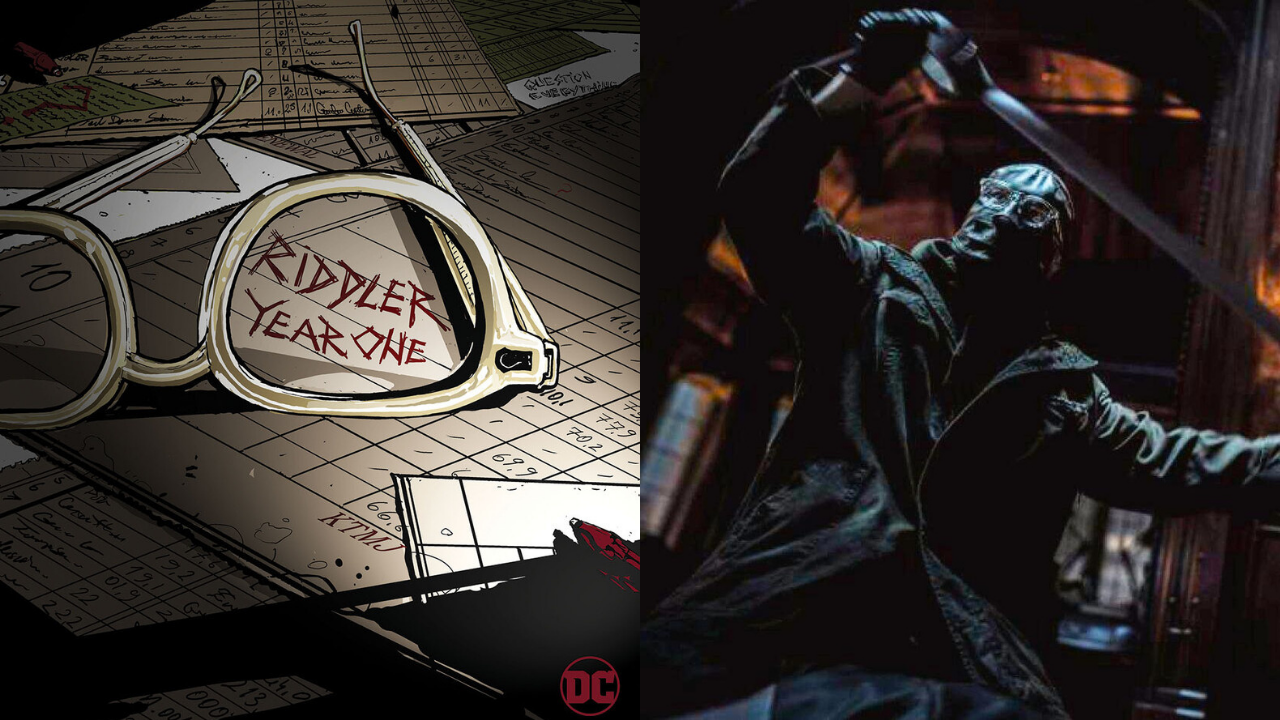 The Batman has been a shining light for DC as it celebrates immense success and praise and has earned over $500M at the box office during its run in theaters. The Matt Reeves film saw Robert Pattinson suit up as the Dark Knight and brought spectacular portrayals of two of Batman’s most notorious villains with Colin Farrell‘s Penguin which earned him a spinoff series at HBO Max and Paul Dano‘s Riddler that will give him a Year One spinoff story in the comic Riddler: Year One.

The six-issue series will come from DC‘s Black Label and is set to arrive this October. Dano will write with art by Stevan Subic who will be making his DC debut with the series.

“Explores the background of how accountant Edward Nashton went from a simple Gotham City nobody to becoming Batman’s Nemesis, setting them on a collision course in the blockbuster feature film.”

Along with the announcement, DC also released teaser artwork. The clear rim glasses from the film are on full display with one of the lenses displaying the title and the phrase. “question everything.” The preparation Dano must have put into the character certainly will serve him well as he jumps into the mind of Nashton once more for a comic book series. Interestingly enough, it coming from the Black Label print which usually houses DC‘s darker content should be intriguing as to what we will explore and just how far this rabbit hole will go.

Riddler: Year One will be available at your favorite local comic shop and digitally this October. Check out the teaser artwork below: