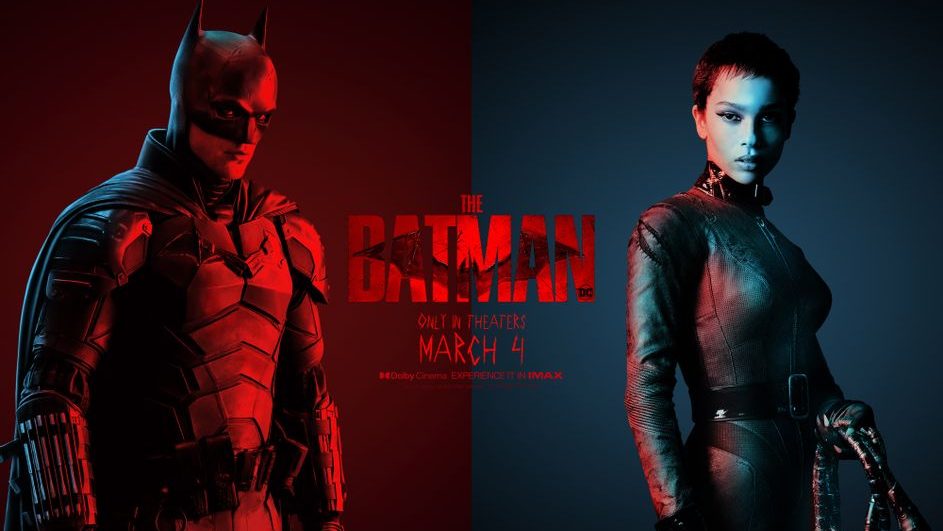 Warner Bros. Pictures has released a new trailer for the highly-anticipated film that will bring us a new actor portraying the caped crusader, The Batman. The new trailer shows off some new footage of Robert Pattinson as Batman and his relationship with Catwoman who will be played by Zoë Kravitz.

In the new trailer, we see shots of the Batmobile, a woman telling Bruce Wayne that he could be doing more for the city as we see shots of Bruce as Batman in the middle of a car chase with The Penguin who is played by Colin Farell which points to his being unavailable to be doing more for the city. We then see The Riddler who is played by Paul Dano and his attempt to reach Batman. We then see Batman talk to Catwoman in an attempt to work together and we are introduced to the phrase “the Bat and the Cat,” as Catwoman calls their team-up. Among this we see the Gotham Police Department wanting to take Batman into custody while The Riddler works towards his uncovering of a truth in Gotham and of course, Catwoman is eager to uncover who is under the cowl.

Along with the previously mentioned Pattinson, Kravitz, Dano, and Farell. The cast also includes Jeffrey Wright, John Turturro, and Andy Serkis. The film will be helmed by Matt Reeves from a screenplay Reeves wrote alongside Peter Craig.

The Batman will premiere exclusively in theaters on March 4th, 2022. In a conversation with Vox’s Recode, WarnerMedia CEO Jason Kilar confirmed that the film is also going to be available on HBO Max 45 days after its premiere in theaters, saying:

You can expect to see The Batman arrive on the streaming platform on April 19th, 2022. Check out the trailer below: