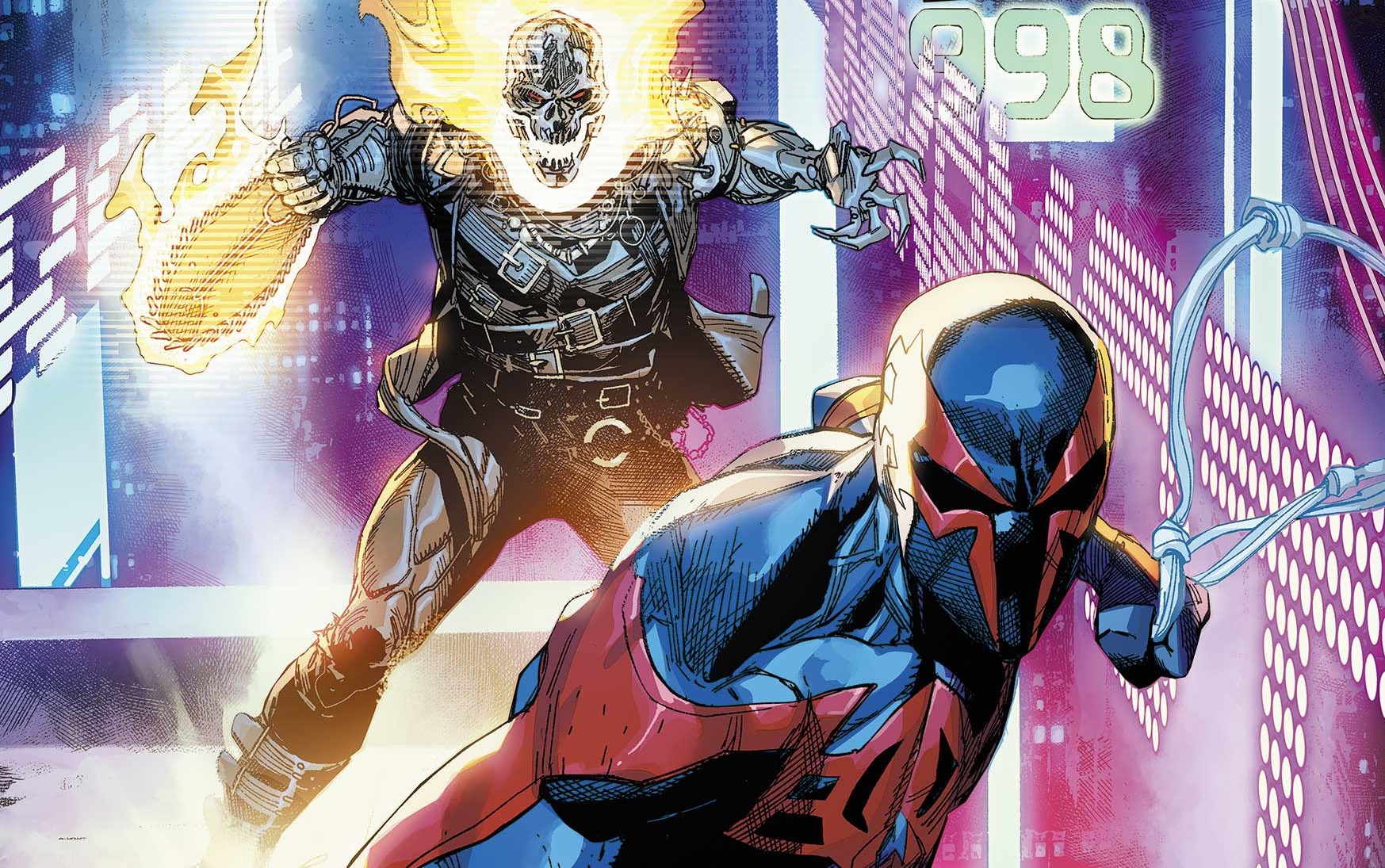 Marvel announced the return of the Spider-Man of the future/Spider-Man 2099 this May for a limited series that will resurrect the superhero along with others in the sci-fi Marvel run set in the future.

“Roving the spinner-racks and trading cards of the early ’90s, the world of 2099 was my first future dystopia, its neon haunted visions of Marvel’s future close to my heart,” Orlando says in the announcement. “And at the forefront of that future, fighting as anyone with his name always has, for the everyday folks of the future? Miguel O’Hara. Spider-Man 2099.”

The event kicks off on May 4th, 2022 with the special Spider-Man 2099: Exodus – Alpha #1 from Orlando and Fry. In the special, we will see a Celestia crash to Earth and create an oasis amid the wasteland in 2099 America. The original Spider-Man 2099, Miguel O’Hara dons the mantle once more and will connect with other 2099 heroes. He will also run into new heroes including Winter Soldier 2099, 2099 Loki, and a new version of the X-Men that includes new members.

“So here, decades later, celebrating the 30th Anniversary of 2099 is a dream come true! And there was never any question who’d be the face of this celebration…your friendly, futuristic Spider-Man!” Orlando says. “And for Miguel, this fight is bigger than ever, since it’s his first time going toe-to-toe with one of Spider-Man’s greatest villains. Let’s make history together in Spider-Man 2099: Exodus – and lead the people of 2099 into a new tomorrow!”

“Steve and this incredible lineup of artists not only take you on a whirlwind tour of the Marvel U of 2099, but reveal some stunning secrets and deliver a time-breaking end no fan will want to miss,” says Marvel editor Mark Paniccia.