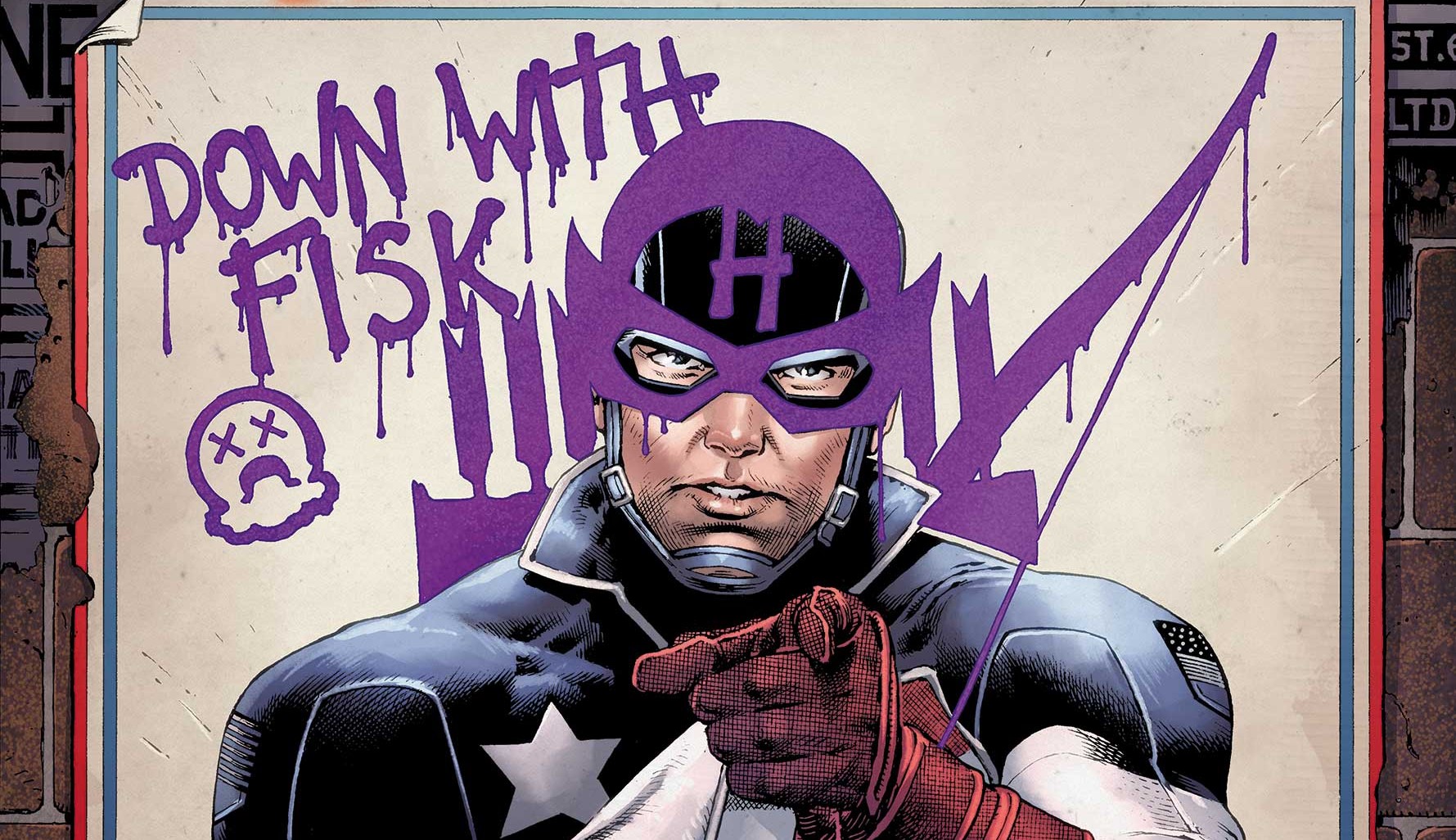 Marvel has officially announced the all-new Thunderbolts team that is coming our way. After a teaser image yesterday from the publisher, the wheels were spinning as to what we could be getting in this new series, and to our surprise, the team is dropping the villain act it has held for the past 25 years and will now be made up of legitimate superheroes with Hawkeye leading the way.

Writer Jim Zub and artist Sean Izaakse are reuniting after their work on the 2016 Thunderbolts to bring the all-new team to New York City in the wake of Kingpin’s victory in the Devil’s Reign finale. The heroes joining this new line-up are Hawkeye, Spectrum, America Chavez, Power Man, Persuasion, and two new characters. From the main cover, one character is unknown while the other is Gutsen Glory, “an experienced cyber-soldier seeking new glory.”

“I am so pumped to put Clint Barton, Monica Rambeau, America Chavez, and a host of others through trials and tribulations aplenty as New York’s only official super hero team,”Zub shared in the announcement. “A lot of the ideas being unleashed in this series are things I’ve been wanting to do for years. Big action and big fun, drama, comedy and, of course, a few twists befitting the team that always keeps readers on their toes.”

“Writing Thunderbolts was my first in-universe work for Marvel and Sean Izaakse’s first Marvel project as well, so getting to launch a new version of the team here with him on the team’s 25th anniversary year is an absolute honor,” Zub continued.

“Sean’s artwork has never looked better and he’s bringing his incredible skills to bear on stunning comic pages and eye-catching designs for new characters we’re adding to the mighty Marvel Universe. Our creative team is firing on all cylinders, so get ready for ‘Justice, Like Lightning’ to strike every single issue!”

With Mayor Fisk passing a law that bans superheroes within New York City limits, the Thunderbolts will find themselves being the first official authorized superhero team.

Thunderbolts #1 will be available at your local comic book shop and digitally on May 25th, 2022. Check out the covers below: