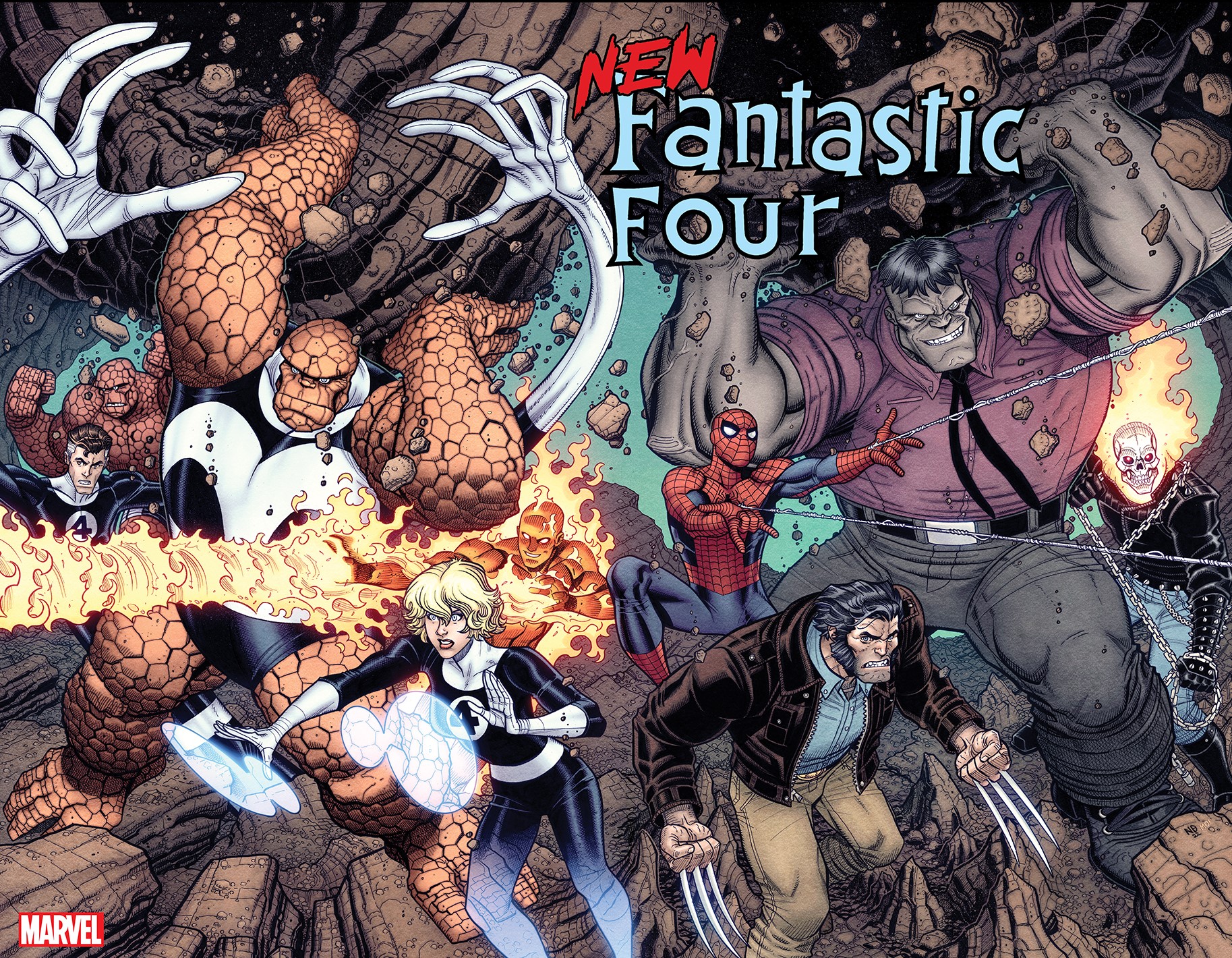 Marvel Comics has announced a new series that is set to reunite the biggest Marvel heroes as Wolverine, Spider-Man, Hulk and Ghost Rider come back in their own title as the New Fantastic Four. The new series is set to bring us back to the short-lived stint of the team from back in 1991 this May.

With writer Peter David and artist Alan Robinson at the helm of New Fantastic Four #1, the five-issue series will be a flashback series that will focus on the team during their original, yet short-lived formation. Marvel was mum about the plot details, but the announcement does tease “a series of mystery villains you’ll never see coming.” Along with the new team, we will also see appearances from the original Fantastic Four including Ms. Thing.

“Although their original stint was extremely short-lived, the alternate version of the Fantastic Four has had its fans for years, including myself,” David states in the announcement. “I am fortunate Marvel has given me the opportunity to revisit with them and take their battles to new heights in a new location with new allies and new enemies.”

“Talk about debuting with a big bang in Marvel Comics!” Robinson states. “With characters such as Spider-Man, Hulk, Ghost Rider, and Wolverine, and written by the awesome Peter David, no less! This is a dream come true for me as an artist and as a fan, and the story gets richer with each page. A total blast!”

New Fantastic Four #1 will be available on May 25th at your local comic shops and digitally. Check out the cover by Nick Bradshaw below: