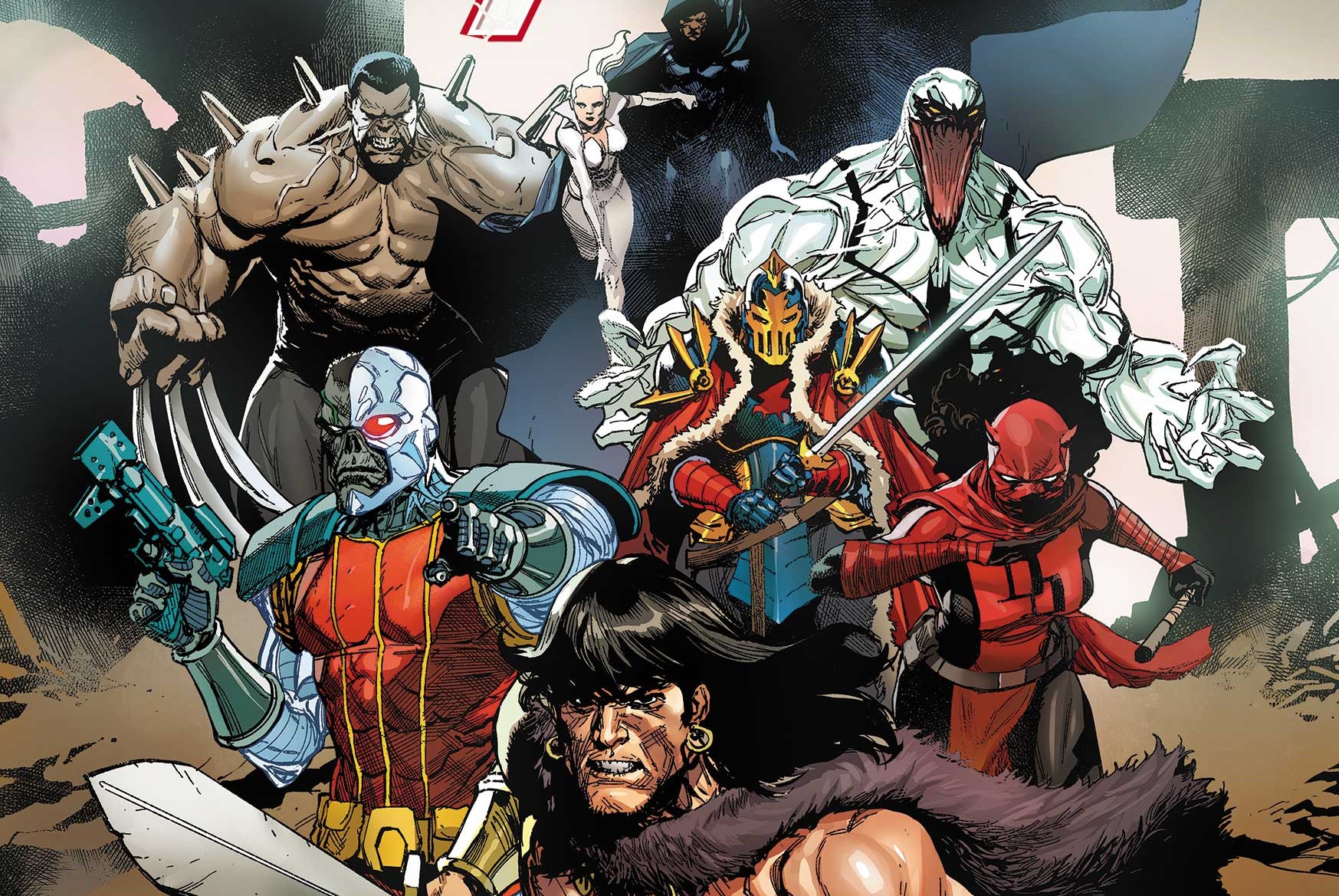 Marvel Comics has announced that a new group of Savage Avengers is forming in an ongoing title. The “All-New, All-Different” will be made up of a line-up including Weapon H/Hulverine, Daredevil/Elektra, Black Knight, Anti-Venom, Cloak & Dagger, and of course, Conan the Barbarian. As you will see in the cover below, we also have Deathlok joining the mix, but Marvel’s press release bills the character as the title’s villain.

Savage Avengers was announced in a series of teasers that first revealed several pairs of heroes, along with the words “All-New” and “All-Different,” with Marvel asking fans to keep an eye on their official Twitter account for the announcement. In the full announcement, the creative team was also named with writer David Pepose joining the new series and artist Carlos Magno.

Let’s get to know the heroes that will be in the new line-up:

“Making my Marvel debut with Savage Avengers is like getting drafted to the Yankees and then being told you also get to play for the Rangers on the weekend – not only do I get to write Conan the Barbarian, one of the most iconic characters in sword and sorcery, but I get to throw him into the wildest adventures imaginable alongside a brand-new crew of Marvel fan-favorites!” Pepose states in the announcement.

“I can’t wait for readers to see what sparks fly when Conan and company are pitted against the most dangerous Deathlok of them all. Get ready to experience an epic battle of Cyborg versus Cimmerian, because this May, only the Savage will survive…”

Savage Avengers #1 will be available at your local comic book shop and digitally on May 4th, 2022. Check out the full cover from artist Leinil Francis Yu below: