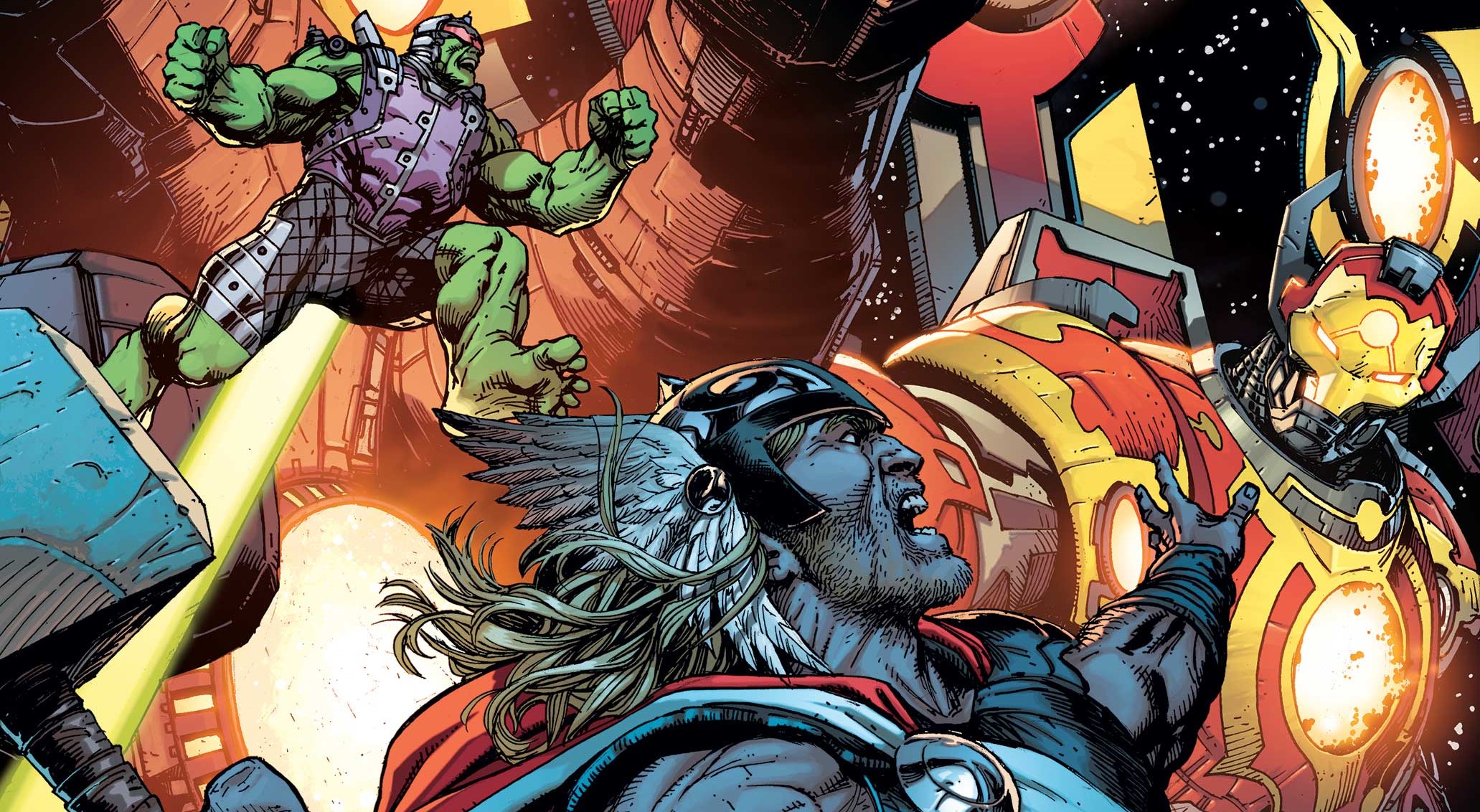 Marvel Comics has released new details and covers for the upcoming Hulk vs Thor Banner of War crossover event beginning this April. The two powerhouses of Thor and Hulk will be taking each other on and Iron Man will be joining the fight and rocking his new Celestial Hulkbuster armor. Marvel revealed that Tony Stark will be arriving during the fight between the two heroes during the five-issue crossover event and is bringing his most powerful armor yet. The series will feature creators Donny Cates and Martin Coccolo.

Each hero has been fighting a battle and it will all come to an epic battle between the strongest heroes in the universe. Thor has been fighting the God of Hammers which is the living embodiment of Mjolnir who has destroyed the ten realms. Meanwhile, Hulk has transformed as Bruce Banner controls the Hulk from inside his psyche and all while the anger and strength of Hulk grows even stronger and angrier as his psyche battles opponents to use as fuel.

“In May’s THOR #25, part two of “Banner of War,” Banner’s newfound control of his rage is prolonging the fight more than Thor expected, and with Banner holding his own, Thor must get creative. Odin’s breakthrough look into Banner’s psyche seems to slow the violence, but will it be enough?”

“In HULK #7, part three of “Banner of War,” Iron Man interrupts a pivotal moment of Hulk and Thor’s battle to settle a score. Equipped with new “Celestial Hulkbuster” armor of his own design, Tony is convinced that he can ensure Thor’s victory and Hulk’s capture. But sometimes what you don’t know really can hurt you…”

It all starts with Hulk vs Thor: Banner of War Alpha #1 on April 2nd, 2022. Be sure to pick up the issue at your local comic shop or digitally. Check out the covers for the crossover from Gary Frank, Martin Coccolo, Chrissie Zullo,  and John Romita Jr. below: