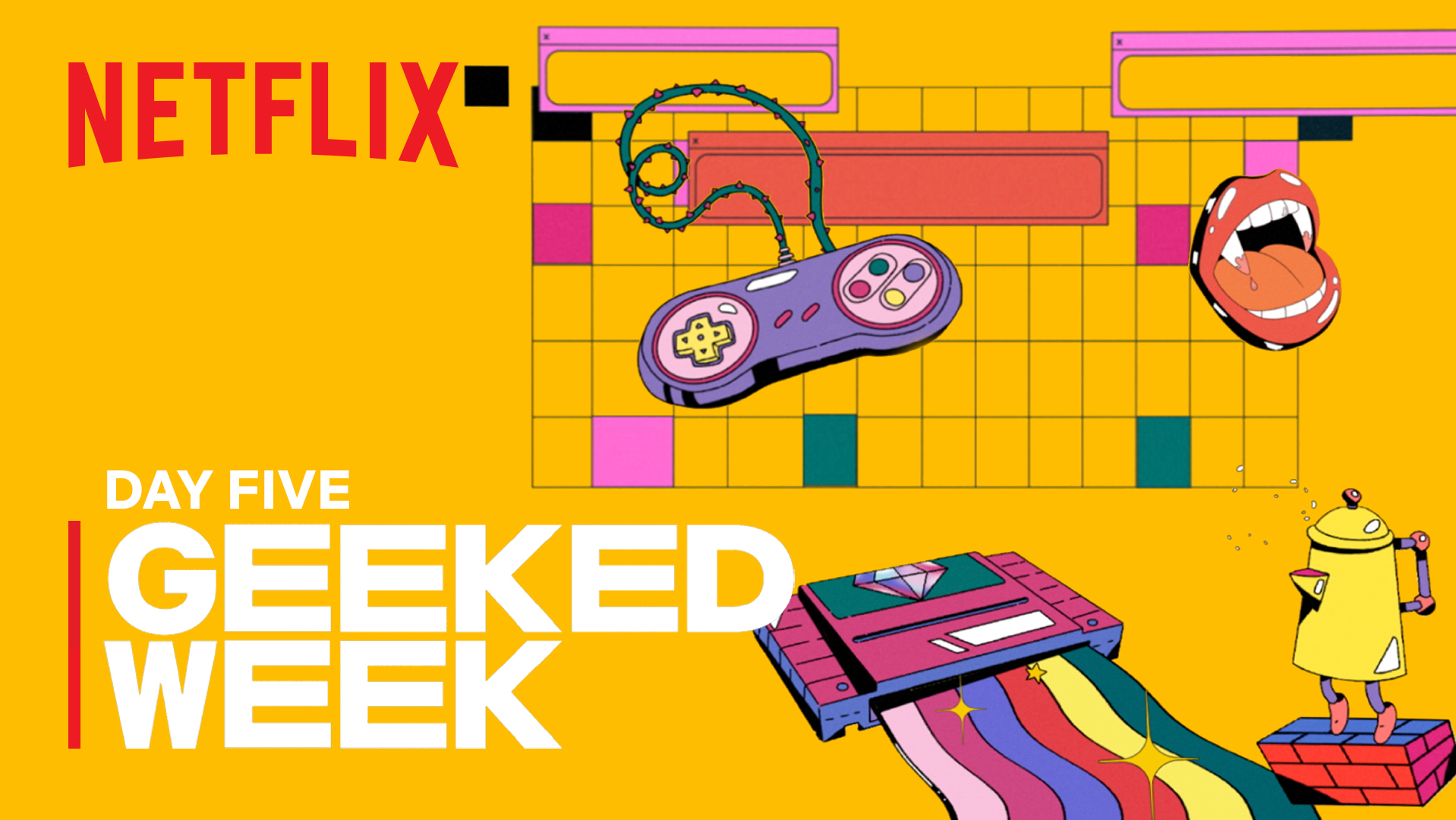 Netflix Geeked Week Day 5 closed the week of announcements with some BIG news, from The Witcher: Season 2 to Resident Evil. Day 5 focused on video game adaptations, including continuations of existing shows like The Witcher and Castlevania and brand new projects like Captain Laserhawk: A Blood Dragon Remix and Splinter Cell. In short, Netflix is betting big on the gaming world to flesh out its library in the years to come.

The Witcher has wrapped production on Season 2 in April, and although we did not get an official release date announced, we did get the next best thing in a teaser trailer for the second season of Henry Cavill‘s series adaptation of The Witcher.

Netflix also announced WitcherCon for July 9, a partnership with developer CD Projekt RED. While there won’t be a new Witcher game announced at the con, we’ll hopefully see a meatier trailer and a Season 2 release date.

Netflix re-confirmed that a spinoff to the recently concluded Castlevania series is in active development. While we didn’t get an official title for the spinoff (much less any teaser footage), we did learn the series will be set in 1792 during the French Revolution and revolve around Richter Belmont, son of Trevor Belmont and Sypha Belnades.

Netflix finally gave Splinter Cell fans an update on the long-awaited Splinter Cell animated series. While it doesn’t sound like the series will be debuting anytime soon, we did learn John Wick’s Derek Kolstad has been tapped to write the show. Kolstad told Collider each season will be self-contained, with only main hero Sam Fisher carrying over from one to the next. We also got a glimpse of the show’s appropriately moody animation style.

While Netflix still didn’t give us an update on the Devil May Cry series first teased in 2018, executive producer Adi Shankar is developing another animated video game adaptation for the streamer. Shankar is overseeing Captain Laserhawk: A Blood Dragon Remix, a six-episode adaptation of the Far Cry 3 expansion Blood Dragon. Netflix also has at least one other Far Cry series in the works.

Shankar teased that Captain Laserhawk will be part of a shared universe of Ubisoft properties, comparing it to the Nintendo mash-up Captain N: The Game Master.

Cuphead fans got their first look at Netflix’s animated series, which looks just as stunning as the game, unsurprisingly. Netflix also announced Whose Line Is It Anyway? star Wayne Brady will voice the main villain, King Dice.

Netflix is delving deeper into the MOBA world with Arcane, an animated event series based on League of Legends. Arcane focuses on several characters from the utopian world of Piltover.

If you missed them, here are our previous daily roundups for Netflix’s Geeked Week announcements: