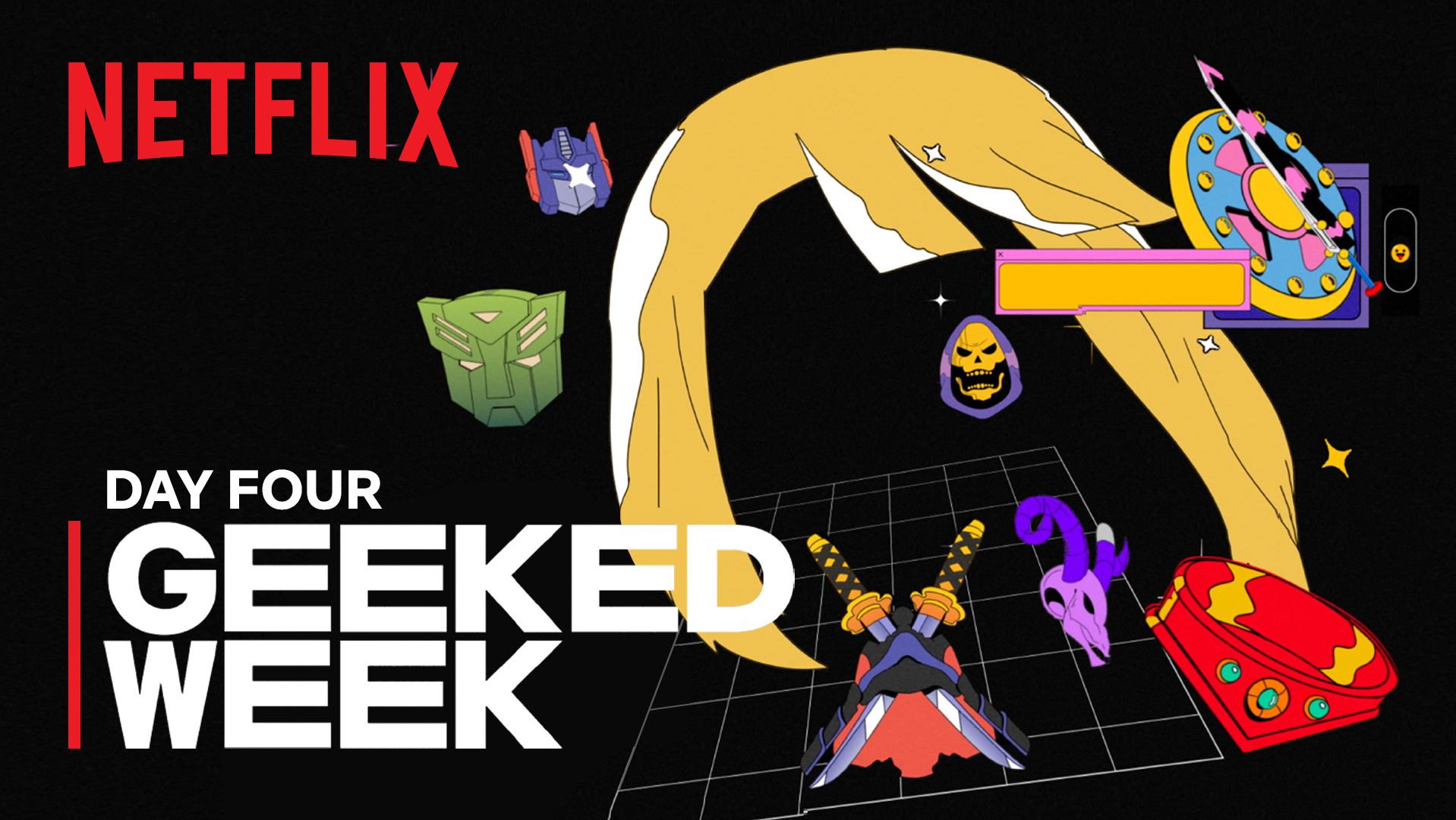 Between show announcements, new trailers, and exclusive clips from highly anticipated installments in the Godzilla and Resident Evil franchises, day four proved to be one of the best so far.

Capcom and Netflix’s animated series, which unites Leon S. Kennedy and Claire Redfield after the events of Resident Evil 4, is nearly here. To celebrate the quickly approaching premiere, Netflix has released the first opening minutes. Check it out here.

The animated series based in the Godzilla universe is almost here (June 24th globally!), and a new clip gives us a brand new look at a menacing Rodan.

Masters of the Universe: Revelation

Netflix gave us a trailer for the highly anticipated continuation of Masters of the Universe created by Kevin Smith.

Bright, the 2017 movie from Netflix is getting a new anime based on the movie, directed by Kyohei Ishiguro. “Izo, a Ronin, and Raiden, an orc, work to bring a young elf girl and the wand she carries to the land of the elves in the north,” according to Netflix.

A new anime film coming to Netflix this year. Here’s the official description from the company: “On a cold planet of ice and snow, mysterious creatures suddenly have appeared from the dark underground and have begun to attack the inhabitants. Can humanity survive the terror lurking beyond the horizon?”

If you like anime based in space, then this is for you…

An adorable new anime based on the adventures of a 13-year-old Shaman is exactly what I wanted.

Mobile Suit Gundam Hathaway has been in development for a minute, and I’m so excited we got this brand new look at it today.

Twilight of the Gods

Zack Snyder is making an anime based on the Norse mythology gods. What more is there to say? No look at it just yet, but the cast has been announced. The full lineup is below.