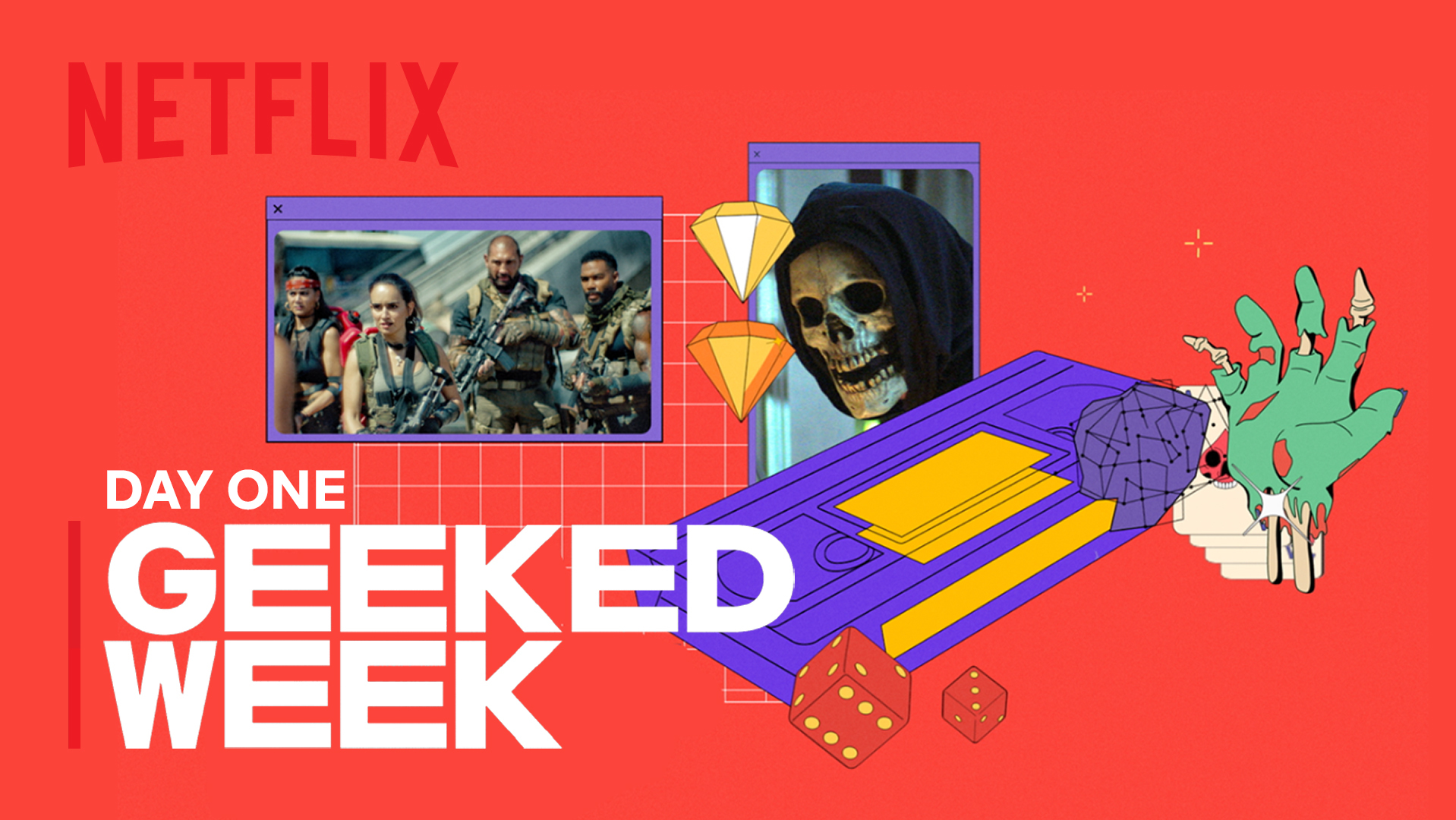 Geeked Week Recap: Day 1 of Geeked Week launched today and we have some great announcements, including a teaser trailer of the action thriller ‘Kate,’ and the announcement of season 2 of ‘Shadow & Bone.’

Geeked Week Day 1: The free 5-day virtual event held by Netflix launched today with some big reveals, news and announcements. Shadow & Bone has officially been renewed for a second season (THANK YOU NETFLIX GODS) and we got a look at some of the new exclusive titles coming to the streamer. Buckle up fans, because HERE WE GO!

Army of the Dead

The zombie heist movie from the mind of Zack Snyder garnered more than 72 million streams in its first month on the streaming service. Zack and Deborah Snyder made an appearance on day one of Geeked Week to talk about some easter eggs.

The tiger in the film was based on none other than Carol Baskin‘s tiger Sapphire. Baskins best known for another Netflix gem in Tiger King used to have the tiger on her own private sanctuary. Is this the start of Netflix’s Snyderverse???

There are markings on the side of the hotel in Vegas, and according to Snyder, if you squint a little bit, you can see that it tells the aliens’ story.

Well, Bethesda fans, for those of you that noticed Gamora in the film and expected it to be a direct connection to Fallout: New Vegas, I am sorry, but it’s not based on the game. Snyder did acknowledge he was aware of the connection fans would make.

A small update on Army of the Dead prequel, Army of Thieves

WHAT?! While talking about what’s next for Zack Snyder’s new universe, producer Deborah let it slip that they’re hoping to release the film’s prequel, Army of Thieves, sometime this fall. Now, a lot can happen, but if it does, Army of the Dead fans won’t have to wait long to get some more of Snyder’s zombie action.

Shadow and Bone renewed for a second season

We have no idea when the second season will be returning, but Netflix has officially announced that the series is returning with an adorable video from the cast celebrating the news. Check it out below:

A new exclusive clip of Netflix and Neeson’s film, The Ice Road was released. The film is set to premiere in July and it’s essentially Ice Road Truckers meets The Fast and the Furious. Check out the clip below and tell us what you think:

Easily one of Netflix’s most popular shows… and rightfully so. Lupin is returning for a new installment soon, and we have a teaser. Take a look:

Netflix debuted a vertical motion poster announcing the release of this action thriller starring Mary Elizabeth Winstead. Kate “centers on a ruthless criminal operative who, after being irreversibly poisoned, has less than 24 hours to exact revenge on her enemies and in the process forms an unexpected bond with the daughter of one of her past victims.”

I am not sure if Jean-Claude Van Damme needs a hype man, but it’s your typical JCVD kicking everyone’s ass film, and I wholeheartedly mean that as a compliment. The film follows Van Damme, “a former US secret service agent, who returns to France to help his son out of trouble.” Check out the trailer below:

Another great guy that doesn’t need to be hyped, Jason Momoa is set to star in Sweet Girl. It follows Momoa ” trying to exact revenge on the people who killed his wife while doing everything he can to protect his daughter.” We have some first images and this one is still a bit of a mystery, but c’mon it’s Momoa, I would happily watch hours of him throwing axes and downing some pints. Check out the photos below.

Behind the scenes look at Vikings: Valhalla

Longtime fans of Vikings will sure be happy to see this behind the scenes look of Vikings:Valhalla. Take a look at the BTS video below:

That about does it for day 1 folks. The Netflix Geeked week will continue for the remainder of the week and you can catch the live stream on YouTube, Twitter, Twitch, Facebook & TikTok at 9 am PT/12 pm ET/5 pm GMT.