First Look at Jensen Ackles as Soldier Boy in THE BOYS 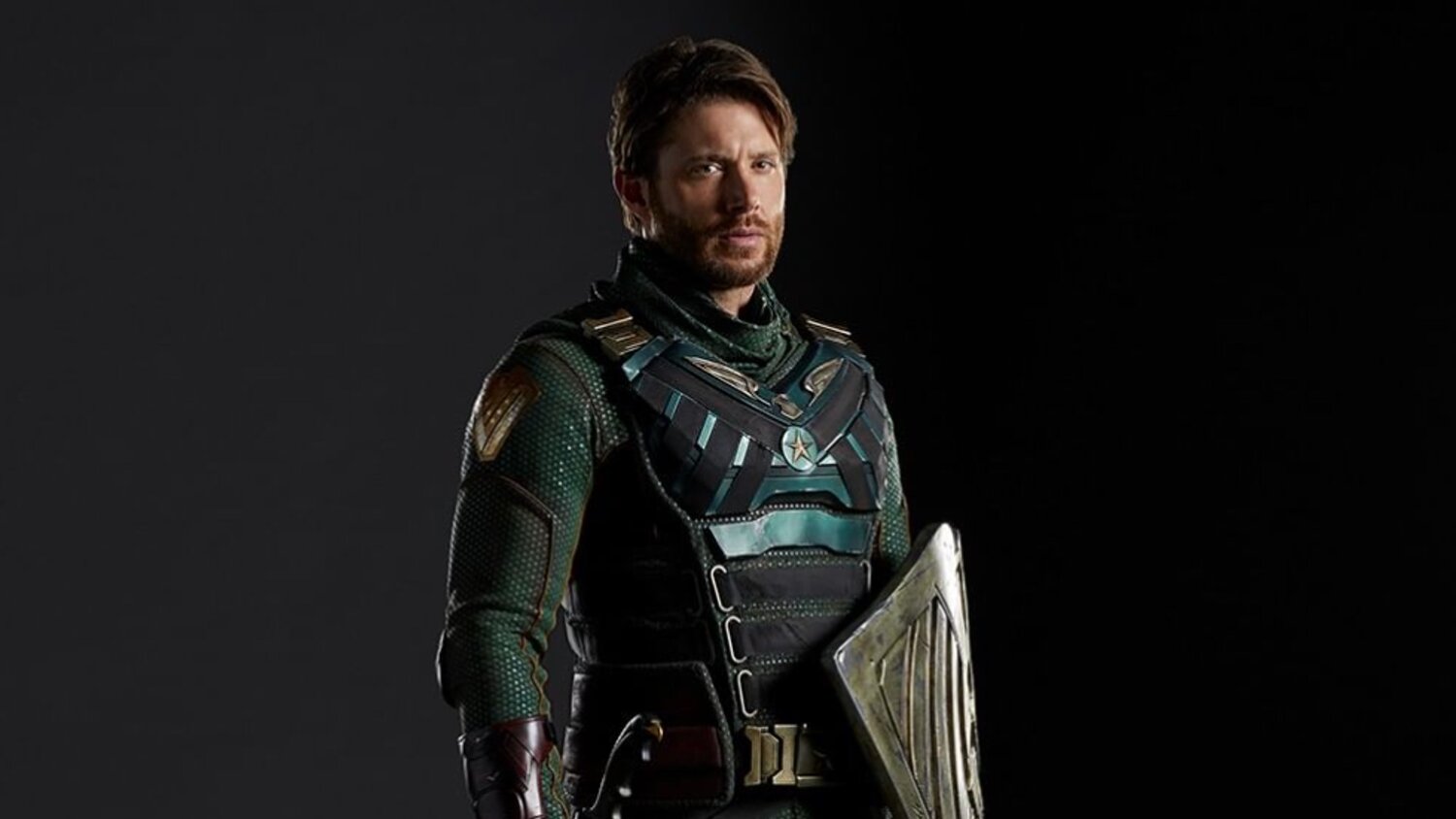 Amazon has revealed our first look at Jensen Ackles as Soldier Boy in The Boys.

Jensen Ackles is set to make his debut as Soldier Boy in the 3rd season of the Amazon series adaptation of The Boys.

Soldier Boy is the Captain America parody character in the series. He has a backstory that is very familiar to Captain America’s, and he became a big celebrity after fighting in World War II. The character’s legacy is described as being “a mainstay of American culture for decades.” The reveal was made via Instagram, which you can check out below.

“When I was a child, I had a crazy, impossible dream — to provide Jensen Ackles with gainful employment.  I’m happy to say that dream has come true.  Jensen is an amazing actor, an even better person, smells like warm chocolate chip cookies, and I consider him a brother.  As Soldier Boy, the very first Superhero, he’ll bring so much humor, pathos, and danger to the role.  I can’t wait to be on set with him again, and bring a bit of Supernatural to The Boys.”

The suit for the character was designed by Laura Jean “L.J.” Shannon and concept artist Greg Hopwood. When talking to Variety about the suit, Shannin said:

“Our goal was to highlight a bygone era of overt masculinity and grit. With that pedigree, we dove headfirst into baking in an all-American quality grounded in a military soldier’s practicality with a heavy dose of old-school cowboy swagger. We knew that the actor had to have Steve McQueen looks and chops with a John Wayne attitude — luckily Jensen Ackles embodies all of that.”

Here’s some additional information on Soldier Boy and who he is:

Soldier Boy is a parody of Captain America and supposedly second in command of Payback. He is easily frightened and weak-willed. In the first issue of Herogasm, he was shown after having sex with Homelander who assured him that it wasn’t gay and told him not to speak about it to anyone. Homelander had apparently pressured Soldier Boy into having sex with him by offering the possibility of joining the Seven. He was seen with Payback during the attack on The Boys, where he had his nose bitten off. After his encounter with The Boys, he is shown to be a prisoner of Butcher who is torturing him for information.

In The Boys #53, it is revealed, that there was another Soldier Boy before him, who was supposed to fight in World War II. The first Soldier Boy was introduced to the young commander Greg Mallory as leader of The Avenging Squad, a parody of the Invaders. Because of Soldier Boy’s stupidity and lack of training, both Mallory’s soldiers and the Avenging Squad get killed by Germans, Mallory himself is the sole survivor of the incident. When he finds the severely wounded Soldier Boy, who’s begging for help, he kills him with a grenade in cold blood.

The Boys series was created by Evan Goldberg and Seth Rogen, Supernatural creator Eric Kripke. Season 1 and Season 2 are available for streaming on Amazon Prime Video.