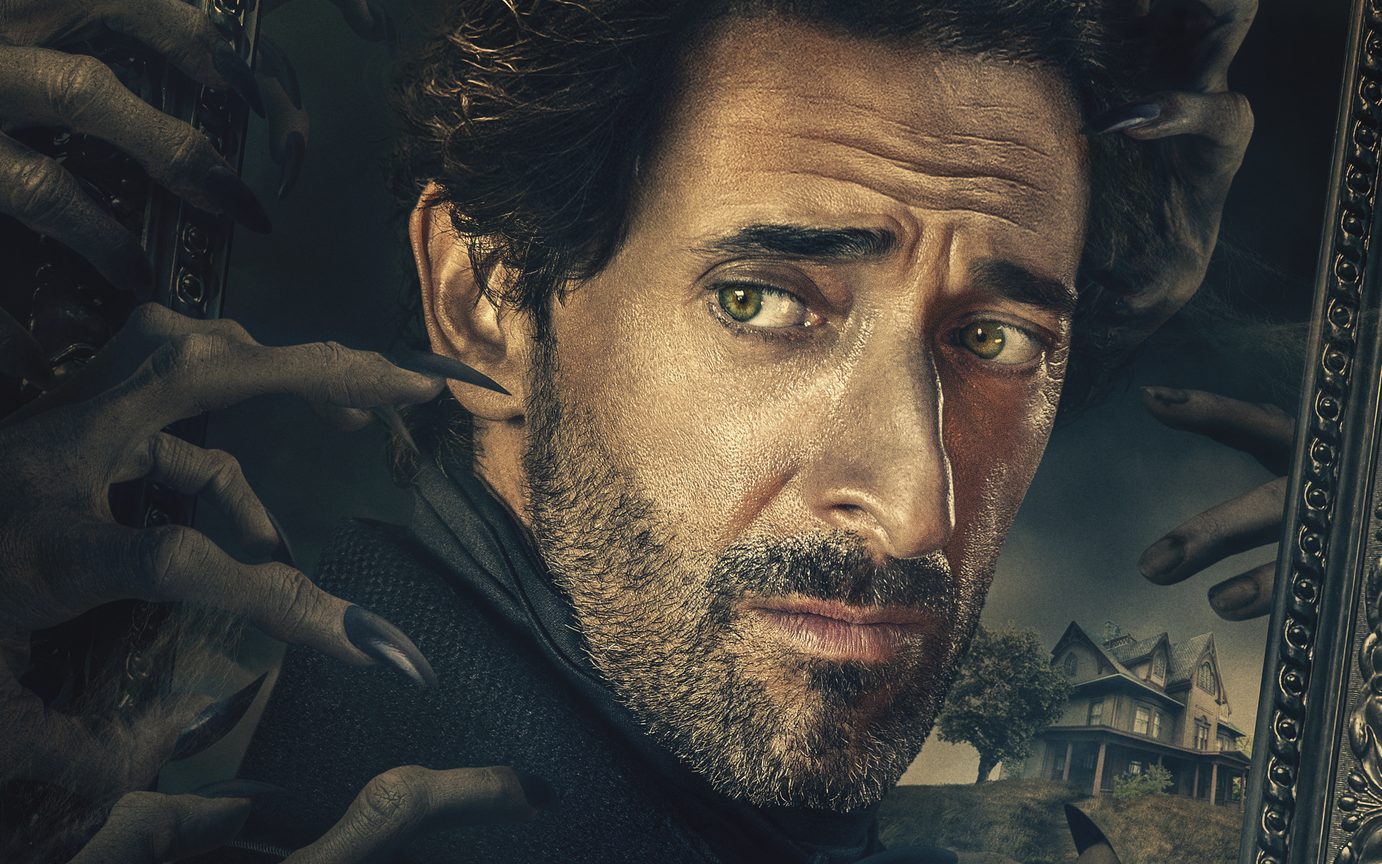 CHAPELWAITE REVIEW: The Devil Makes His Way to Preacher’s Corners.

In a year where Stephen King adaptations have fallen short, Epix has taken its shot at adapting the short story by the famed horror writer ‘Jerusalem’s Lot’, in Chapelwaite. The gothic horror series set in 1850’s Maine hits on all cylinders and gives us a pitch-black world full of grief, secrets, and oh yea, vampires loom in the night.

Like much of King’s work, the series is heavily driven by the exquisite and haunting narrative of our character’s lives. Charles Boone portrayed by Adrien Brody is a sea captain who recently lost his wife at sea to illness and is left to care for his 3 children, Honor (Jennifer Ens), Loa (Sirena Gulamgaus), and Tane (Ian Ho). Although succumbed to grief, he heeds the request of his late wife to provide their children with stability that he cannot provide at sea. This leads Charles to take his family to Chapelwaite manor, which he inherited through the passing of his cousin Stephen. This takes the Boone’s to Preacher’s Corners where they learn that you can’t outrun grief, and they are met with much animosity from the citizens as a plague overtakes the small town and the blame lies center on the Boone family and Chapelwaite manor.

This story begins much earlier at Chapelwaite manor, where in 1817 a petrified young boy named Charles Boone unsuccessfully attempts to escape his father (Sebastien Labelle), who’s dug a grave in his name right outside their home. “Blood calls blood,” he tells his son as he raises the spade, before taking a bullet to the head from his mother.

This opening sequence sets the tone for the rest of the series as showrunners Peter Filardi and Jason Filardi jump this story to an adult Charles Boone where we find them suffering the loss mentioned before and looking for a new beginning at Chapelwaite. Her children, also being of Asian descent on their mother’s side, face many obstacles that African Americans faced in an 1800’s white Maine town. This issue is touched on many times, in many ways and brings the reality of the issue to light throughout the series. It’s not often that a horror series will take the time to flesh out the reality of other issues outside of the creatures they face. This gives the characters more flesh on their bones and shows that even with evil knocking on their doorstep, there’s plenty of other things to fear in Preacher’s Corners.

You have to applaud the production team as they give us a truly spectacular presentation. We see Charles quickly fall victim to the nightmares lurking in every corner of Chapelwaite Manor. In one particular scene we see Charles pulling slimy worms out of his nose, it really makes your stomach turn. This is quickly followed by Charles hearing strange noises which is when we see his sanity truly start to unravel. At first glance, Charles and the audience begin to believe that maybe the weight of recent events could be leading to some of these out of character behaviors, but it soon leads us to believe that maybe Charles inherited more than the troubles of his family as he nears madness every night he spends in his new home.

Preacher’s Corners boasts that it is occupied by god-fearing townsfolk. Although the actions of many of its citizens is less than holy. As the series progresses and the undead come into clearer focus, the ideologies of every character — from Charles and his family to the town constable (Hugh Thompson) and the aspiring feminist writer-turned-Boone family governess (Emily Hampshire) are shattered, leaving some of them with nothing but pieces left to be picked up.

The town, as plagued as it is with the undead, is also plagued with tension and scandal. This begins to unearth itself as the mystery surrounding the “plague” reveals itself to be the undead feeding on unsuspecting victims in the dark of night. Charles soon learns that the devil and the answers to his questions all lie in Jerusalem’s Lot. The rest will be left for you to watch. As exciting and dizzying as this all may be, there is plenty of mystery and excitement left for you to discover in this chilling series. The series will pull you into the madness of the Boone curse and dig it’s claws into you until the final haunting minute of the series. The evil that lurks in Chapelwaite and Preacher’s Corners runs much deeper than simple undead walking the earth and the fog surrounding the madness Charles and his family name is thicker than blood. You may think you are ready to experience the devil walking into Preacher’s Corners, but the conclusive ending will feel like a stake has been driven into your heart. The series shines like a light in the darkness, carried through the superb cast that all give their characters soul and flesh ripe for the picking as the undead scour in the dark. Brody gives an impeccable performance as his voice carries you through every thought, doubt and revelation as we realize that this godly town may be home to more gods than it chooses to believe in.