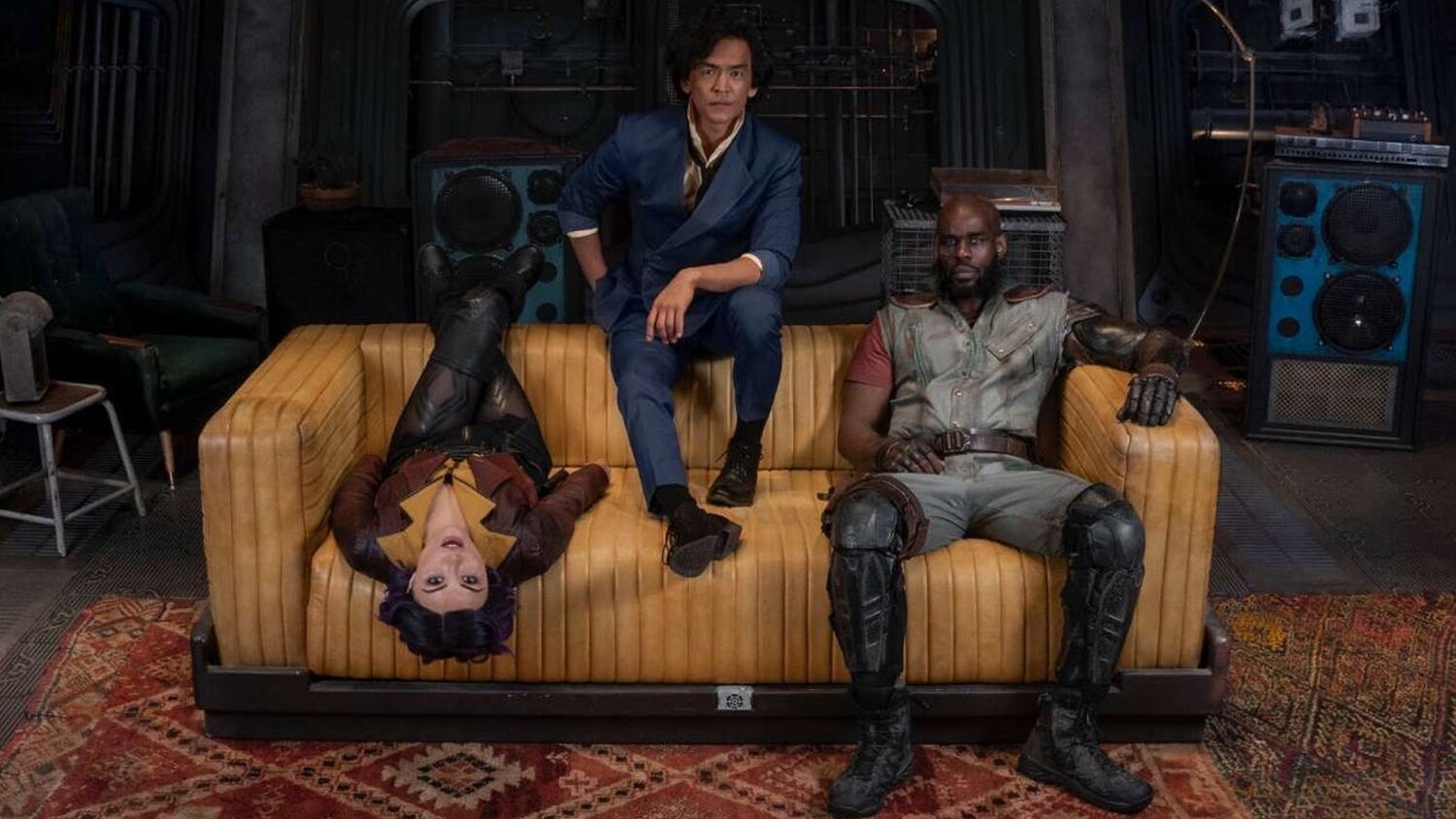 Netflix has released a collection of photos from its upcoming live-action adaptation of Cowboy Bebop offering a first look at the series, the cast in their roles, and the story of the series. The photos feature John Cho as Spike Spiegel, Mustafa Shakir as Jet Black, and Daniella Pineda as Faye Valentine, and they all look absolutely fantastic.

Netflix also announced that the series would be released later this year on November 19th, and they shared the following description of the series:

Cowboy Bebop is an action-packed space Western about three bounty hunters, aka “cowboys,” all trying to outrun the past. As different as they are deadly, Spike Spiegel (John Cho), Jet Black (Mustafa Shakir), and Faye Valentine (Daniella Pineda) form a scrappy, snarky crew ready to hunt down the solar system’s most dangerous criminals — for the right price. But they can only kick and quip their way out of so many scuffles before their pasts finally catch up with them.

Yost is also a writer and executive producer on the show. He previously worked on Thor: Ragnarok, Thor: The Dark World, Star Wars Rebels, Hulk Vs, X-Men: Evolution, The Avengers: Earth’s Mightiest Heroes, and more.

What are your thoughts on the first look photos? With a trailer on the horizon, let us know in the comments if you are excited about the series!

CHAPELWAITE REVIEW: The Devil Makes His Way to Preacher’s Corners