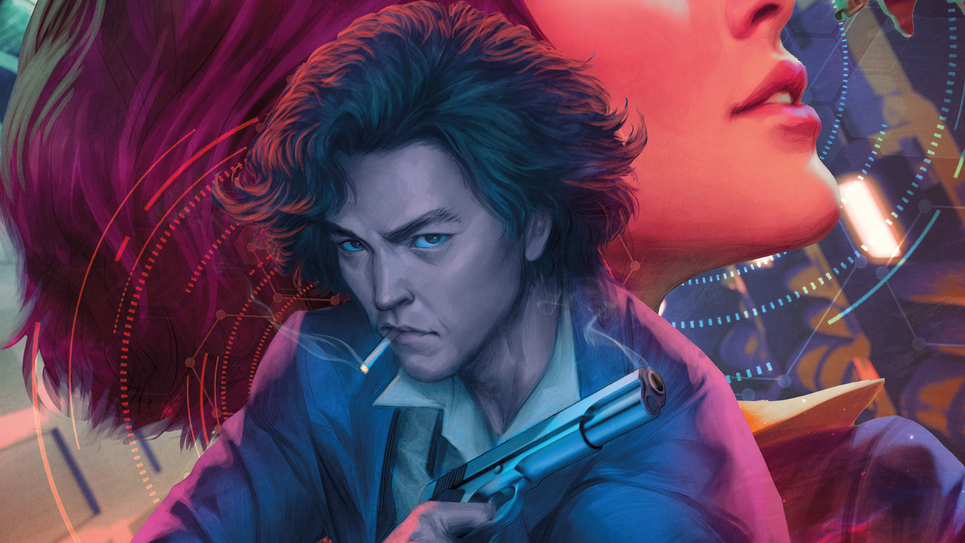 There is a ton of Cowboy Bebop entertainment emerging ahead of the highly-anticipated live-action Netflix adaptation. On the heels of the first look at the Netflix adaptation of Shinichirō Watanabe’s Cowboy Bebop, Netflix and Titan have announced a deal to bring fans a series of books tying directly into the series.

Kicking off things in November is Cowboy Bebop: A Syndicate Story: Red Planet Requiem, a prequel novel written by series staff writer Sean Cummings, which follows a young Spike Spiegel (played by John Cho in the series) and Vicious (Alex Hassell) as they explore the galaxy in a time before they became deadly rivals. In December, a four-issue Cowboy Bebop comic series from Lucifer and Home Sick Pilots’ Dan Watters, featuring art by Lamar Mathurin and main covers from Stanley “Artgerm” Lau, will arrive. Set during what seems to be the events of the show, the comic will follow the crew of the Bebop as they hunt down an ex-gang member with an intriguing artifact: a vest that gives the wearer unlimited good luck.

Then finally, in early 2022 is Cowboy Bebop: Making the Netflix Series by Jeff Bond, a hardcover book that collects both concept art and production photography from the series to take fans into how the series was made, and the ways it brings the original anime to live-action.