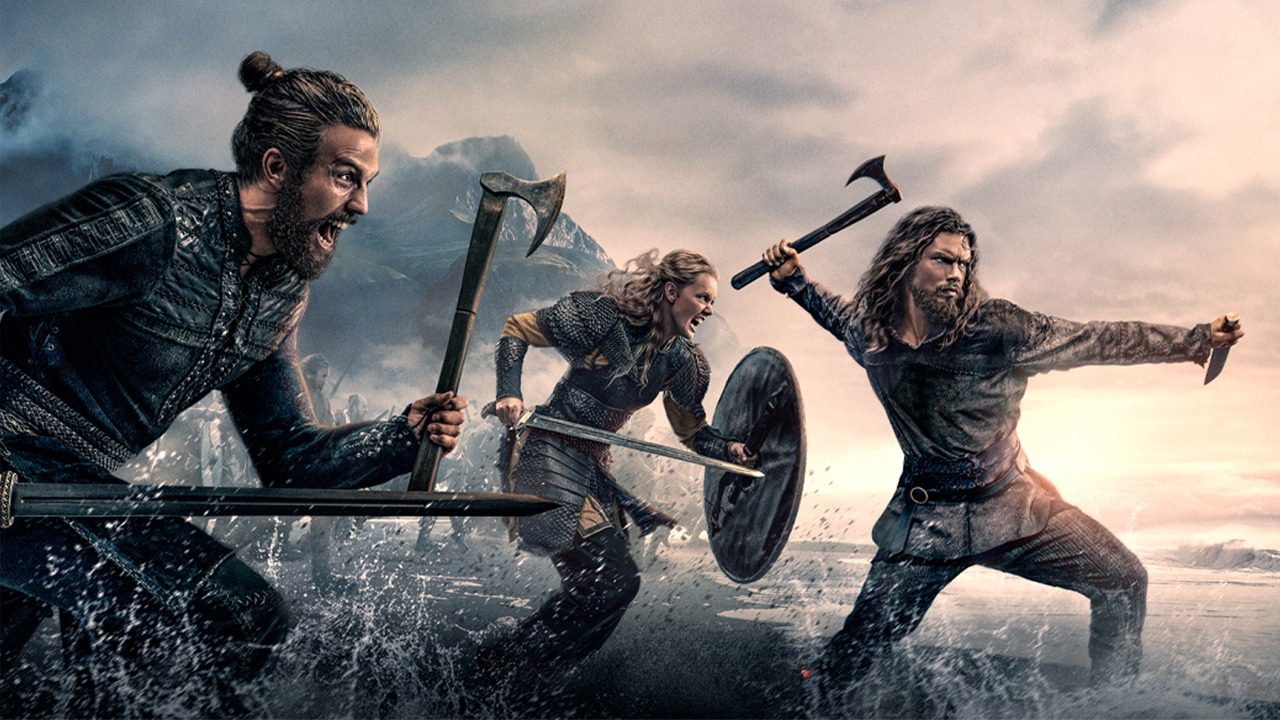 Netflix has announced that their original series that premiered last month, Vikings Valhalla has been renewed for two more seasons at the streamer. With an impressive 113.38M hours viewed in just its first week, Netflix did not need to see more to greenlight a season 2 and 3 for the Vikings spinoff series.

Season 1 of Vikings: Valhalla follows Leif Eriksson during a time that sees tensions growing between the Vikings and England all while internal conflict brews amongst the Vikings with Christianity and Pagism at the forefront of their clash. Season 2 has already wrapped production with Sam Corlett reprising his role of Leif, Frida Gustavsson returning as Freydis, and Leo Suter as the Nordic Prince Harald.

Season 3 is scheduled to begin production this year in the Spring. Series creator Jeb Stuart will also be returning for seasons 2 and 3, serving as creator, showrunner, and executive producer. Stuart shared a statement regarding Netflix‘s announcement, saying:

“Fans of Valhalla — THANK YOU to the millions of you who have watched (and rewatched!) Season One. The numbers have been mind-boggling and beyond my wildest expectations. I’m thrilled to be able to confirm that we wrapped and are already editing Season Two and that production will start soon on Season Three. While the storylines for Leif, Freydis, Harald, Olaf, Canute and the rest of our amazing cast are secret, I can say without hesitation that their journeys will be even more epic than what you’ve seen so far. SKÅL!!!”

“The fans have spoken and we couldn’t be more thrilled than to bring them more of the epic adventure and heart-pounding action they love. Jeb Stuart has masterfully taken this beloved saga 125 years into the future and introduced a whole new generation of Vikings and stories that have resonated with new and existing fans all over the world. There is plenty more to avenge and more battles to fight!”

More updates are sure to follow as the upcoming seasons get closer to an estimated release, stay tuned for more on Vikings: Valhalla.