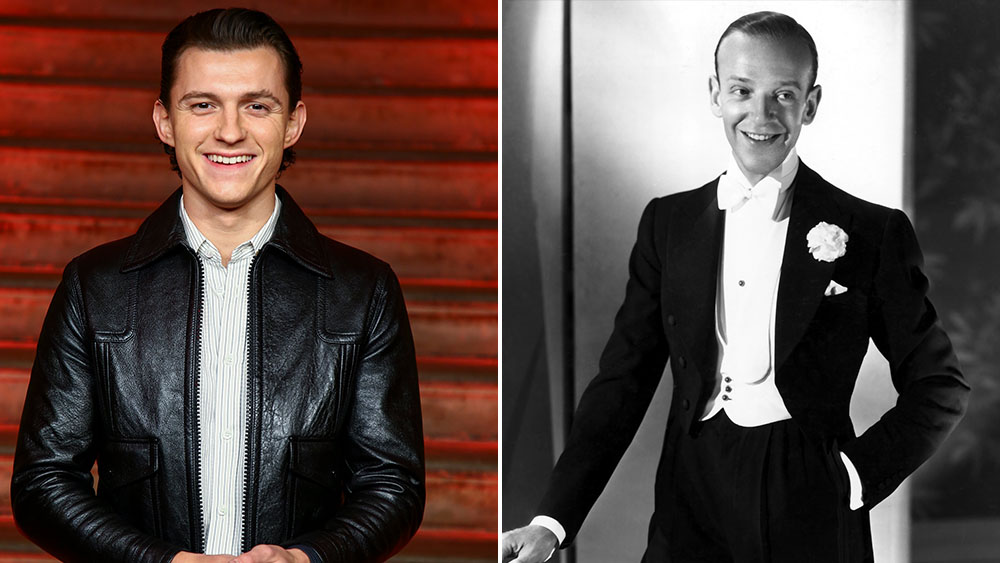 Tom Holland who has portrayed the web-slinging Spider-Man in the MCU six times after Spider-Man: No Way Home releases and is also set to portray the famous treasure hunter Nathan Drake in the upcoming Uncharted movie is set to take on a role that will have him trade the action scenes for dancing shoes as he sets to portray the legendary actor Fred Astaire in the upcoming biopic from Sony Pictures.

Currently, in the No Way Home press tour, Holland stated to the Associated Press,

“I am playing Fred Astaire. Yeah I am. The script came in a week ago. I haven’t read it yet. They haven’t given it to me. I know that Amy Pascal has the script. She Facetimed me earlier. I was in the bar and we had a lovely Facetime, but I will be playing Fred Astaire.”

We don’t have much more information on the film or whether they have additional cast members, a script, or someone to helm the film. There is another project in the works that will be Astaire into the biopic focus with Fred & Ginger who is bringing in Jamie Bell to portray the icon.

Short of Holland’s music and dancing background, anyone who has seen Holland’s viral video on Lip Sync Battle knows he has some serious moves and with his natural charisma, energy, and star power, this puts the film at the forefront of success.

Astaire worked his way into an icon with a career that spanned 50 years until his death in 1987 and starred in the classic films Holiday Inn, Swing Time, Santa Claus is Comin’ to Town and Top Hat.

Before we get more news on the biopic, I am sure we will be seeing Holland donning the iconic Spider-Man suit in the upcoming MCU film, Spider-Man: No Way Home releasing this month and as the famous treasure hunter from the Naughty Dog video game series in the film adaptation of Uncharted.