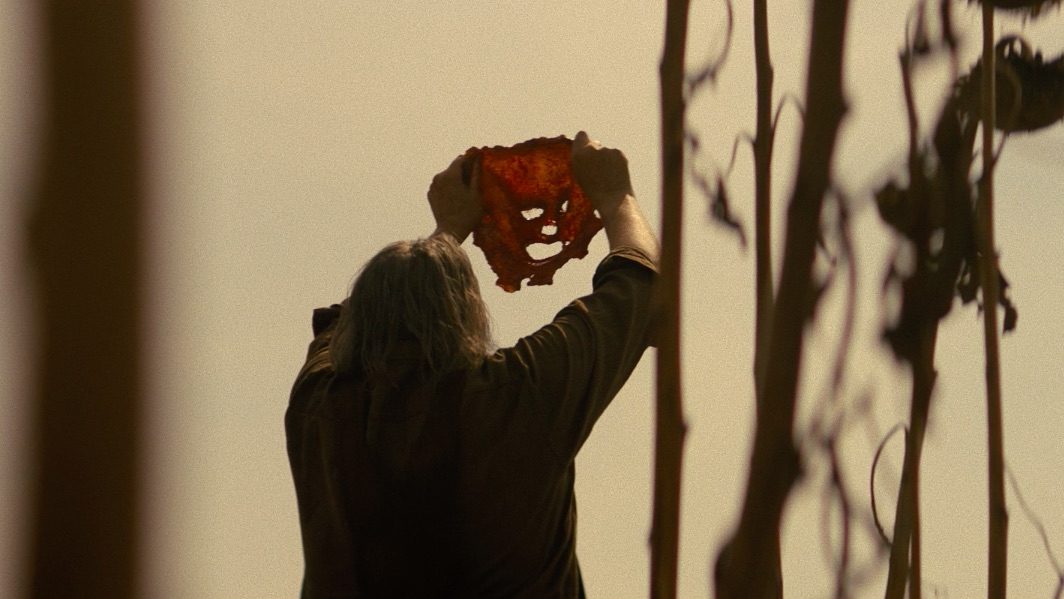 Netflix has released the trailer for their upcoming sequel to Tobe Hooper‘s slasher film, Texas Chainsaw Massacre. The trailer dropped just a few days after we had gotten first look images of the film and we got a bloody sneak peek at Mark Burnham portraying the iconic Leatherface.

“Melody (Sarah Yarkin), her teenage sister Lila (Elsie Fisher), and their friends Dante (Jacob Latimore) and Ruth (Nell Hudson), head to the remote town of Harlow, Texas to start an idealistic new business venture. But their dream soon turns into a waking nightmare when they accidentally disrupt the home of Leatherface, the deranged serial killer whose blood-soaked legacy continues to haunt the area’s residents — including Sally Hardesty (Olwen Fouéré), the sole survivor of his infamous 1973 massacre who’s hell-bent on seeking revenge.“

Much like we have seen in the revival of Halloween, Sally who was the sole survivor of Leatherface’s massacre in the 1974 film will be returning “hell-bent on seeking revenge” in the sequel which will have the two characters facing off years later after the original film like we saw with Michael Myers and Jamie Lee Curtis‘ Laurie.

The film is produced by filmmaker Fede Álvarez and Rodo Sayagues for Bad Hombre Films, as well as Kim Henkel, Ian Henkel, and Pat Cassidy of Exurbia Films.

Texas Chainsaw Massacre will drop exclusively on Netflix on February 18th, 2022 with an R-rating. Check out the trailer below: