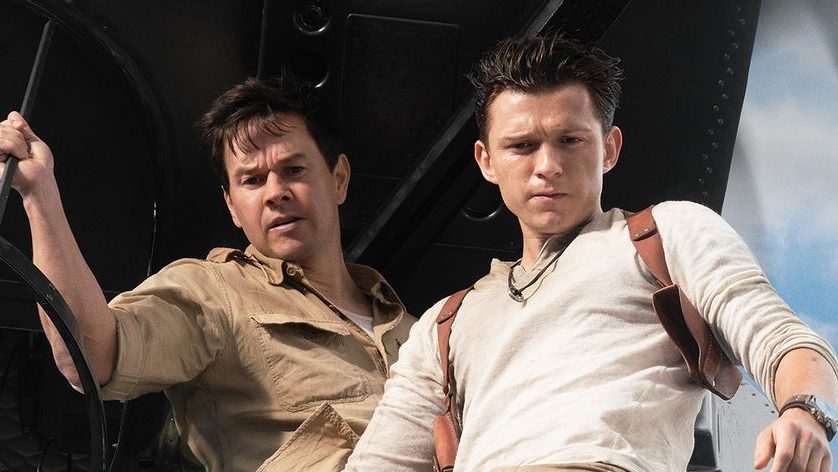 The first trailer has finally been released for the highly anticipated film Uncharted. The film is based on the popular PlayStation video game franchise brought to us by Naughty Dog. The film stars Tom Holland as our beloved main character Nathan Drake and Mark Wahlberg who takes on the role of Nathan’s mentor Victor “Sully” Sullivan as they do what Nathan always does in his video game adventures, hunt for treasure and get roped into a ton of trouble as a result.

Uncharted is directed by Ruben Fleischer (Zombieland, Venom) from a script written by the team of Art Marcum, Matt Holloway, and Rafe Judkins based on a story by Judkins. The film also stars Sophia Ali, Tati Gabrielle, and Antonio Banderas.

Holland recently spoke with British GQ about the challenges of playing the iconic video game protagonist.

“As soon as you start worrying about ‘Do I look good in this shot?’ acting becomes something other than playing a character,” he said. “I think there are elements of my performance in ‘Uncharted’ where I kind of fell under that spell of being ‘I want to look good now. I want this to be my cool moment.’ I had to play this very tough, very stoic guy — basically, be Mark Wahlberg. My character is supposed to be a fucking action hero in this moment! Look, I haven’t seen it, so I don’t know if I succeeded in that. But it was an important lesson learned, because, at times, it was less about land a mark and go through this scene and more about land a mark, stand like this and see my bulging biceps. … It was a mistake and is something that I will probably never do again.”

I already had high expectations for the film, yes, we all loved the Nathan Fillion short film, but this looks to be aiming at a younger Drake and Sully and after seeing the trailer, I dig it! They definitely capture the persona of the characters and Holland is a young, talented actor that could grow this into a long run of films. I might even say this minor blasphemous comment of it being something that could reach heights of an Indiana Jones caliber franchise. Plus, the trailer really captured the magic of the games, particularly the plane scene. If you played the games you know that you almost always find yourself in a life or death situation that requires some mid-air acrobatics. The film seems to be staying true to the games and I really can’t ask for more.

The film is set to premiere in theaters on February 18th, 2022. Check out the trailer below: