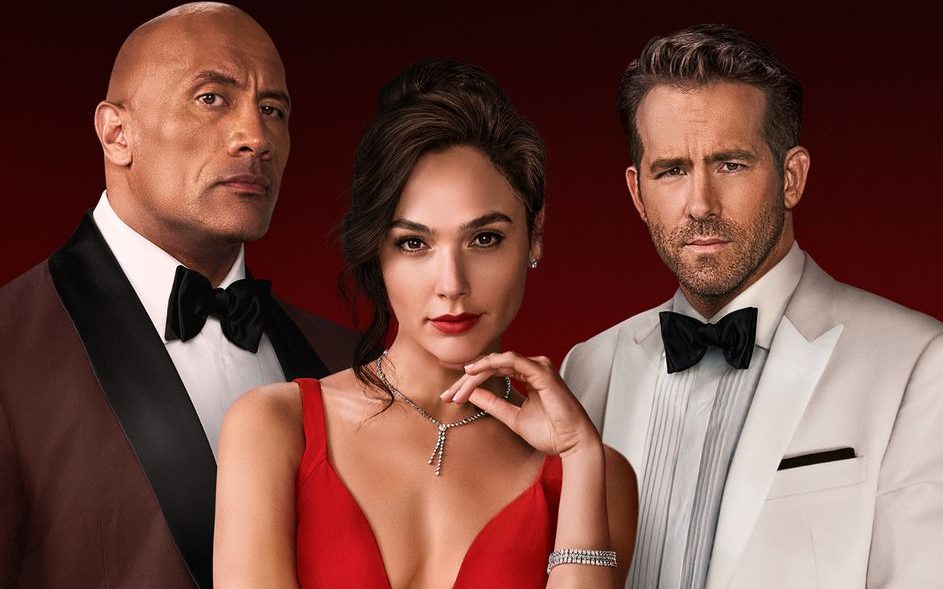 We have a new trailer for the upcoming Netflix film Red Notice. The new trailer gives us a ton of action-packed scenes, shootouts, and explosions. The film is set to bring some high energy and plenty of action from our star-studded cast.

The film stars Dwayne Johnson (Black Adam) as FBI Profiler John Hartley as he teams up with Ryan Reynolds‘ charismatic and second most wanted art thief Nolan Booth to attempt to capture the most wanted art thief Sarah Black (Gal Gadot), who is cunning and will give Hartley and Booth a run for their money. The film also stars Chris Diamantopoulos and Ritu Arya.

We are set to visit an array of locations from Egypt to Russia in the highly anticipated film that had plenty of heat behind it since the initial bidding war back in 2018 between Universal Pictures, Warner Bros, Sony Pictures, and Paramount Pictures. . Universal/Legendary eventually won the rights to the film.

The film is written and directed by Rawson Marshall Thurber (Central Intelligence, Skyscraper). Johnson and Thurber will be producing the film alongside Beau Flynn, Dany Garcia, and Hiram Garcia.

“When an Interpol-issued Red Notice — the highest level warrant to hunt and capture the world’s most wanted— goes out, the FBI’s top profiler John Hartley (Dwayne Johnson) is on the case. His global pursuit finds him smack dab in the middle of a daring heist where he’s forced to partner with the world’s greatest art thief Nolan Booth (Ryan Reynolds) in order to catch the world’s most wanted art thief, “The Bishop” (Gal Gadot). The high-flying adventure that ensues takes the trio around the world, across the dance floor, trapped in a secluded prison, into the jungle and, worst of all for them, constantly into each other’s company.”

I wasn’t too sure what to expect since it was initially announced and the previous trailers have definitely hyped me up for the film. All these actors bring their own flair to the screen and the trio seems to have really locked down to give us a fun, white-collar film full of plenty of action and hopefully laughs. It reminds me of something along the lines of what Wilson, Murphy, and Janssen delivered in iSpy, but of course, all in its own limelight.

Red Notice will be arriving on Netflix on November 12. Check out the trailer and posters below: