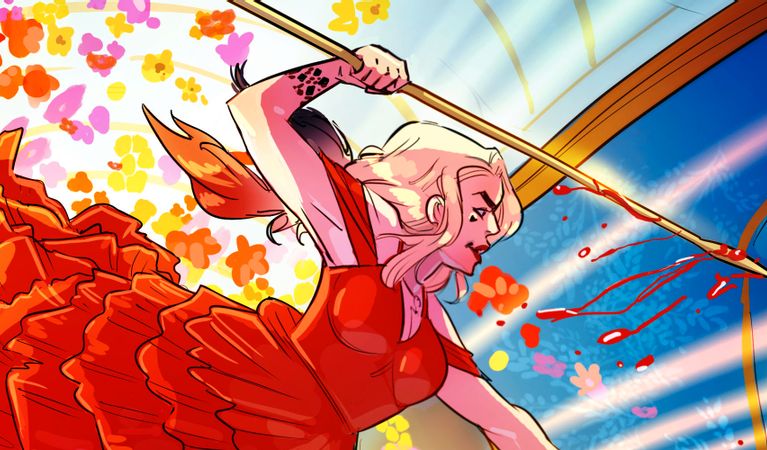 Creator/Artist Megan Huang has been busy at work with her highly successful comic book series Rangers of the Divide from Dark Horse Comics. For those who follow her on social media, when Megan is not working on her content, she also tends to create many renderings of pop culture projects that she is a fan of. Most recently, Megan took to the DC Comics ragtag group The Suicide Squad.

The characters were given a makeover based on James Gunn‘s The Suicide Squad which served as a soft reboot type sequel to the 2016 film, Suicide Squad. The film was released in August simultaneously in theaters and HBO Max and got a very positive response from fans and critics. In Gunn’s debut in the DC Universe, he gave us a refreshing take for what otherwise is a group of DC rejects that are sent to their death, over and over again.

With Joel Kinnaman, Viola Davis, and Margot Robbie all reprising their characters from the 2016 adaptation, Gunn dug into the arsenal of characters at his disposal and brought some much needed new faces to the mix, including Sylvester Stallone‘s King Shark, John Cena‘s Peacemaker and David Dastmalchian‘s Polka-Dot Man. David also made a new friend while on set, and thanks to the film’s costume designer, they got matching Polka-Dot Man costume which you can see the photos here. On top of that, James Gunn is continuing his DC work alongside John Cena in the upcoming Peacemaker series coming exclusively to HBO Max.

Now that Gunn has helped bring these characters back to the spotlight on the big and small screen, we have talented creators such as Huang paying homage to these lovable characters. As you can see before, she perfectly captures The Suicide Squad’s team members in her comic-style drawings. Check out her art below and be sure to give her a follow!