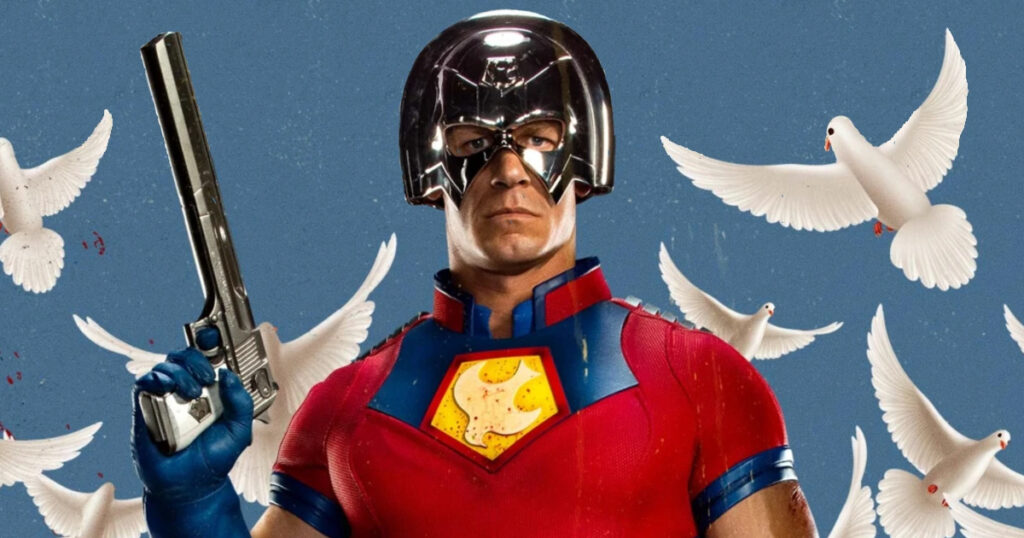 The Suicide Squad saw much praise after its release in theaters and HBO Max. Announced prior to the film’s release was John Cena‘s Peacemaker series that will stream exclusively on HBO Max. Turns out James Gunn had such a great time making The Suicide Squad that he approached Warner Bros. about developing the spinoff TV series that is set to focus on his character in the film. We will be getting our first look at Peacemaker during DC FanDome this October, but we do get a teaser in the form of a poster ahead of that. Check it out below:

The eight-episode Peacemaker series will debut on HBO Max early next year, and James Gunn has previously teased why he wanted to spend more time exploring a character who he describes as a “piece of shit.“

“Peacemaker has a clear set of ideals that I find really interesting, You know: ‘I want peace no matter how many men, women, and children I need to kill to get it.’ Sounds like nonsense, but it also makes a lot of sense. And you see in John’s performance how he does not feel good about it – something I thought was the seed of an entire eight-episode show.”

Gunn explained that the series will involve a “big science-fiction story” but that it will also explore some real-world issues. “He represents a part of the world populace that is problematic, to say the least,” Gunn said, “and puts him in a situation where he has to face the choices he’s made throughout his life and the extremity of his views.”

Peacemaker doesn’t have an official release date yet, but it’s expected to debut on HBO Max in January 2022.