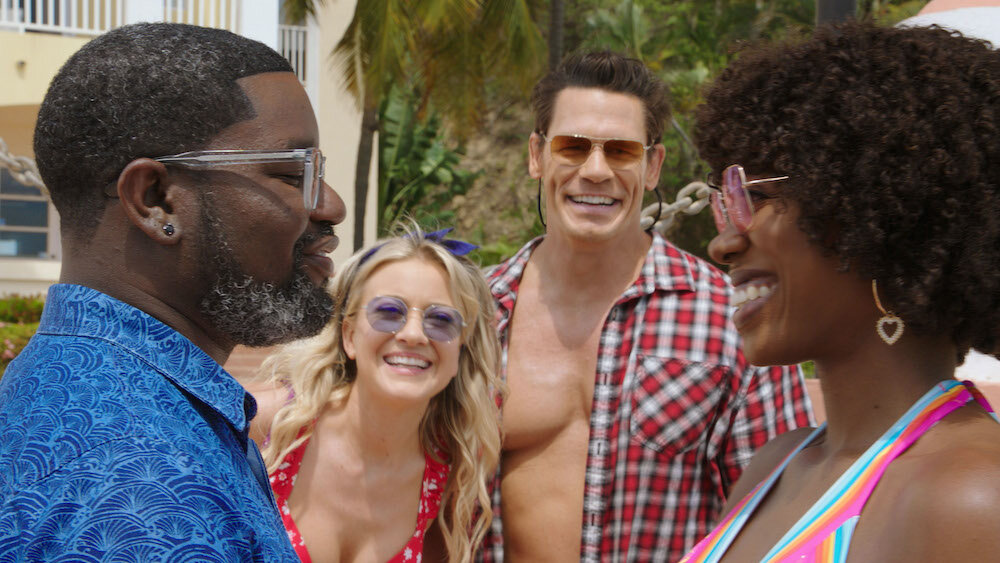 The Hulu original comedy feature Vacation Friends, starring John Cena, Lil Rel Howery, Yvonne Orji, and Meredith Hagner, has landed a sequel titled Honeymoon Friends. The first film just hit this past weekend on August 27th on Hulu domestically and on Disney Plus internationally as a Star Original. The movie was 20th Century Studios’ first film to have a simultaneous global release on the Hulu and Disney Plus streaming platforms.

The movie follows “Marcus (Howery) and Emily (Orji), a straight-laced couple who head to Mexico for a romantic getaway. Things immediately go awry and the couple makes friends with the wild and thrill-seeking Ron (Cena) and Kyla (Hagner), embarking on a whirlwind bonding adventure during their week away from reality. But when it’s time to return home, the relationship takes an awkward turn as Ron and Kyla aren’t ready for the vacation friendship to end.”

The film was directed by Clay Tarver, from a script he co-wrote with Tom Mullen, Tim Mullen, Jonathan Goldstein, and John Francis Daley. The movie’s main cast, Tarver and Garner are expected to return for the sequel.