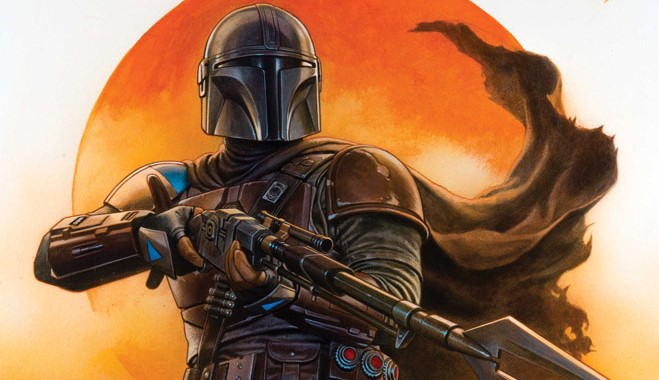 The Mandalorian Blasts into Comic Shelves This June

The Mandalorian #1 will feature cover art from Adi Granov. Set to be the first comic book adaptation of a Star Wars live-action series, this is sure to be a key issue that you won’t want to miss out on. Past the first eight issues, whether it continues to retell the events we saw on the small screen or possibly expands on The Mandalorian remains to be seen.

There aren’t many projects expanding from The Mandalorian, so this could definitely be a good way to expand that universe and possibly cross over with potential spinoffs such as Ahsoka.

Barnes spoke with StarWars.com and had this to say regarding the project:

“The story of the Mandalorian checks so many boxes of the stuff I’m passionate about, I love Westerns, fantasy, science fiction, comedy, drama…it’s a dream gig for any writer. I’m just glad I was chosen for this assignment!”

“I’ve always thought an artist’s style is a lot like writing in short hand. It’s very subjective. What I bring to Star Wars is my detail and love for a galaxy far, far away,Star Wars, especially where bounty hunters are concerned, is a messy landscape. I love drawing all the little details. My look has always be detail oriented, and with The Mandalorian there is so much going on with the character and  in the background, and I look forward to adding visually to the already rich tapestry that makes up this universe!”

The Mandalorian #1 will be available at your favorite comic book shop and digitally this June. Check out the main cover for issue 1 below: