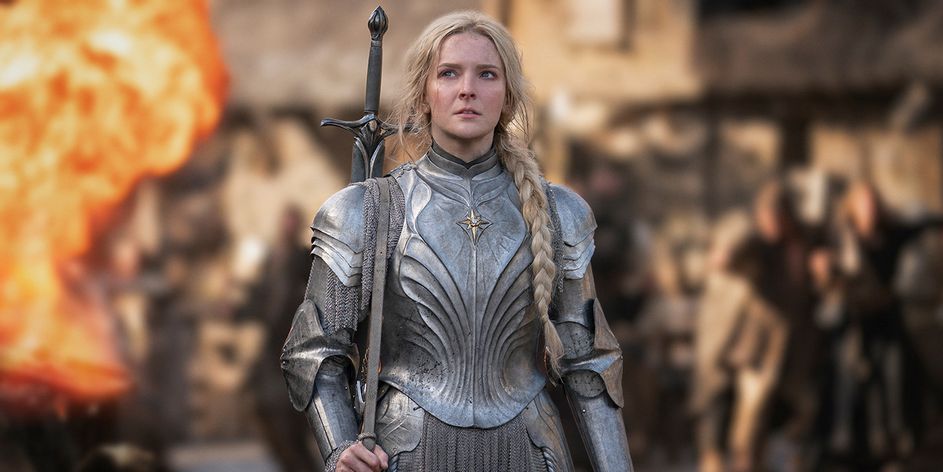 Prime Video released the first teaser trailer for their upcoming ambitious series that is set to take fans back to Middle-earth in a time set thousands of years prior to the Fellowship. The Lord of the Rings The Rings of Power is set to arrive this September and although the teaser was brief, we got a feel for what’s in store when the series premieres.

The visuals were stunning and we got a better look at the characters that will be a part of the Second Age of Middle-earth. The series will bring back familiar characters and introduce us to new ones as it picks up right after the defeat of the god Morgoth and the unknown whereabouts of his general and apprentice, Sauron. In the aftermath of the war that all but destroyed everything, a younger Galadriel, played by Morfydd Clark will take the mantle of commander of the Northern Armies and hunt down the remaining Morgoth forces.

Here’s the official synopsis for The Lord of the Rings: The Rings of Power:

Along with Galadriel, we will also see younger versions of other characters from Peter Jackson‘s trilogy. We will see Isildur, played by Maxim Baldry before he became a name of legend when he severed the One Ring from Sauron’s finger. We also will see Elrond, played by Robert Amayo as an elf who is still years away from the title of Lord of Rivendell as we knew him in the film trilogy.

In addition to Clark, Baldry, and Aramayo, The Lord of the Rings: The Rings of Power stars Owain Arthur as Durin IV, Nazanin Boniadi as Bronwyn, Ismael Cruz Córdova as Arondir, Markella Kavenagh, Sophia Nomvete as Disa, Megan Richards, Charlie Vickers as Halbrand, Lenny Henry, Simon Merrells, and Charles Edwards as Celebrimbor, the Elven smith who forges the Rings of Power.

The Lord of the Rings: The Rings of Power will premiere Friday, September 2 on Prime Video. Check out the teaser trailer below: