The DC FanDome Talent Line-Up Has Been Announced 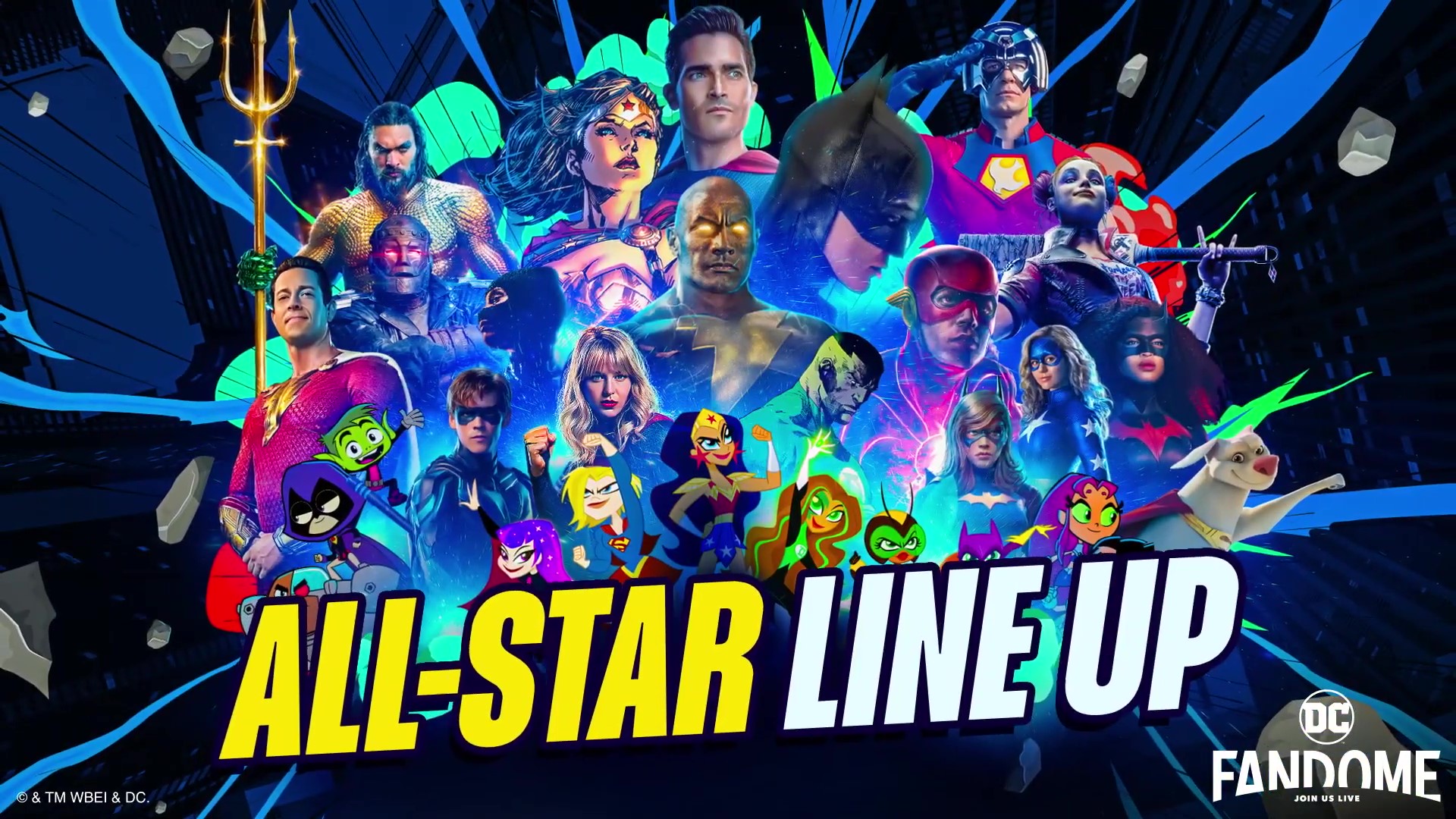 DC FanDome is fast approaching and now Warner Bros. has revealed its massive talent line-up that will be participating in the global event that hopes to duplicate the success of last year’s presentation.

Things kick off on October 16, 2021, at 9:00 AM PST with the youngest DC fans getting to experience DC Kids FanDome. This will be a special standalone experience for kids and their parents to explore the DC Multiverse with Robin and the Teen Titans, catch sneak peeks of upcoming DC animated shows and immerse themselves in at-home digital activities in a safe, kid-friendly environment. DC Kids FanDome will be co-hosted by social media sensation and Cartoon Network’s first musician in residence, Nandi Bushell. You can find out more by going to DCKidsFanDome.com and checking out the DC Kids YouTube page.

Everything gets into high gear on October 16, 2021, at 10:00 AM PST when the main show starts at DCFanDome.com when fans around the world will be delighted with news, reveals, and surprises presented by stars, cast members, creators, and crew from fan-favorite DC properties across the brand’s biggest films, live-action, and animated TV series, games, comics, home entertainment, and consumer products. The entire lineup is massive but some big names include Dwayne Johnson, Robert Pattinson, Kaley Cuoco, Patty Jenkins, Todd McFarlane, Zoe Kravitz, Zachery Levi, Ezra Miller, James Gunn, and many more.

DC FanDome, which will once again be a free virtual event, will welcome fans from around the world to immerse themselves in the DC Multiverse at DCFanDome.com. The event will also be available on Twitch, YouTube, Facebook, and Twitter, which will give fans even more ways to watch all the events unfolding in DC FanDome’s Hall of Heroes.

DC FanDome 2020 was the first-of-its-kind global virtual fan experience and brought together the largest gathering of talent, announcements, and content reveals in DC history. DC FanDome: Hall of Heroes and DC FanDome: Explore the Multiverse generated over 22 million global views across 220 countries and territories with more than 150 million views of trailer content.

Check out the line-up below:

DAREDEVIL And THE PUNISHER Series Rumored To Be Returning