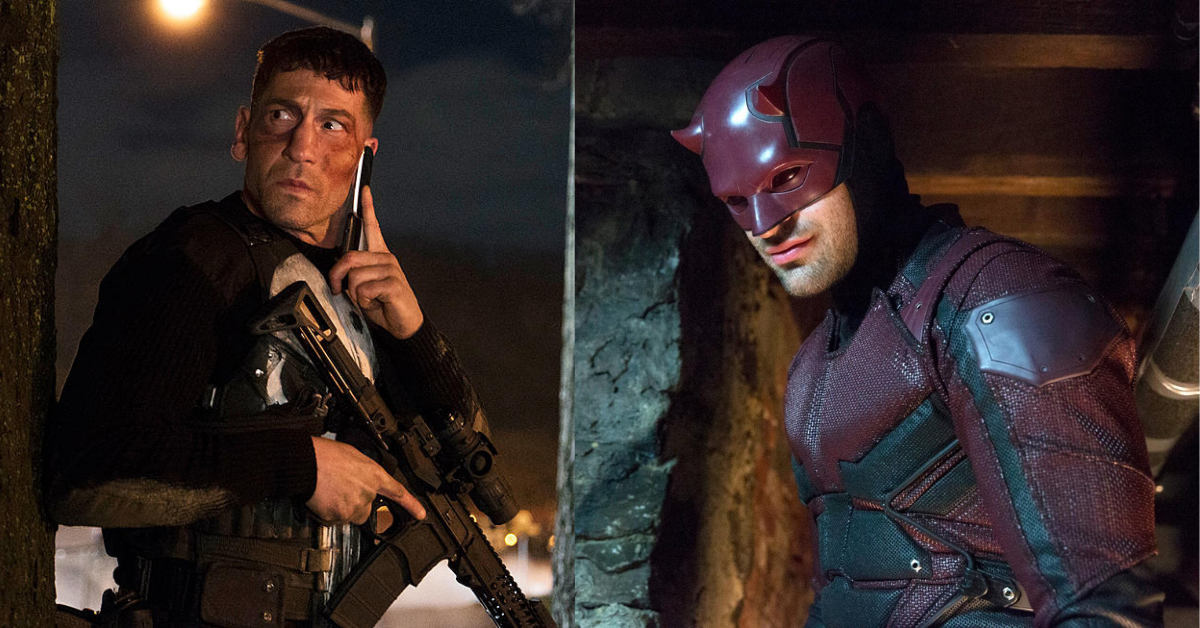 DAREDEVIL And THE PUNISHER Series Rumored To Be Returning – Rumors state that Jon Bernthal, Charlie Cox and Vincent D’Onofrio would return

A site that claims to have inside sources is adding to the rumor mill that has been getting the hopes up of Marvel fans hoping to see Jon Bernthal return as Frank Castle a.k.a The Punisher. Previous reports came from websites such as “We Got This Covered” and “Giant Freakin’ Robot” which are notorious for creating fake news for the sake of clicks.

The newest source to present this news doesn’t seem to have the same track record though, Small Screen has taken a gamble on the legitimacy of the news and is going all-in with the report saying:

“We value our sources completely and even though we get tips and information every day, we only run with sources we trust.”

According to their source, a script is ready for The Punisher and, “It sounds F***ing bad ass! It’s looking like it’ll be pretty violent – like the Netflix show. I think it’ll be the MCU’s most violent show yet. It won’t be a continuation from the previous show though. It sounds as though it’ll be a new start – probably in an alternate timeline.”

On the Daredevil side, Marvel movie scooper Daniel Ritchman said that Marvel Studios is looking at developing a soft reboot of Daredevil with Charlie Cox and Vincent D’Onofrio coming back to take on the roles of Matt Murdock and Kingpin.

The report indicates that the characters would have different backstories for their MCU introduction and that nothing from the Netflix series would be canon. This is similar to what we heard might be happening with The Punisher, that it would be set in an alternate universe of sorts.

These are all rumors as of now of course, and no official confirmation has been made, if these reports turn out to be true it seems that these will be soft reboots of their Netflix runs. Until official confirmation is made, this is all a pipe dream, but it sure would be great to see Cox and Bernthal suit up again and the success of the Marvel series adaptations on Disney+ would give these characters much firmer ground to stand on moving forward.

What are your thoughts on the rumors? Would you like to see the Netflix adaptations be brought into the MCU in some form?