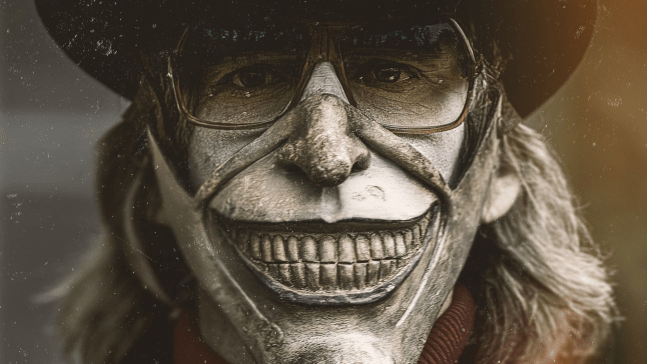 Scott Derrickson’s upcoming horror film, The Black Phone, is set for release in February 2022. The Black Phone is being produced by horror Blumhouse, and it’s adapted from a 2004 short story of the same name by Joe Hill. Along with directing the film, Derrickson also co-wrote the screenplay with C. Robert Cargill. Derrickson and Cargill have previously co-written several films together, including Sinister and Doctor Strange. The Black Phone also reunites Derrickson with his Sinister star, Ethan Hawke, who shares the screen with Jeremy Davies, Mason Thames, and James Ransone.

As reported by Bloody Disgusting, The Black Phone was initially slated to debut on January 28, 2022, but that release date has been pushed back slightly to February 4, 2022. The plot of the film sees Thames’ Finney Shaw kidnapped and held in a soundproof basement. Finney then discovers a disconnected phone on the wall that allows him to hear the voices of the killer’s previous victims, who are determined to help him escape his dire fate.

Hawke will play The Grabber, the masked killer who abducts Finney. Hawke has portrayed characters with an unsavory nature in the past, this is one of the few genuinely villainous roles he’s ever tackled, which will show audiences a side of the actor they rarely see. However, Hawke is also said to play the villain in Marvel’s Moon Knight, suggesting he may be after unique roles that allow him to step out of his established resume.

The DC FanDome Talent Line-Up Has Been Announced