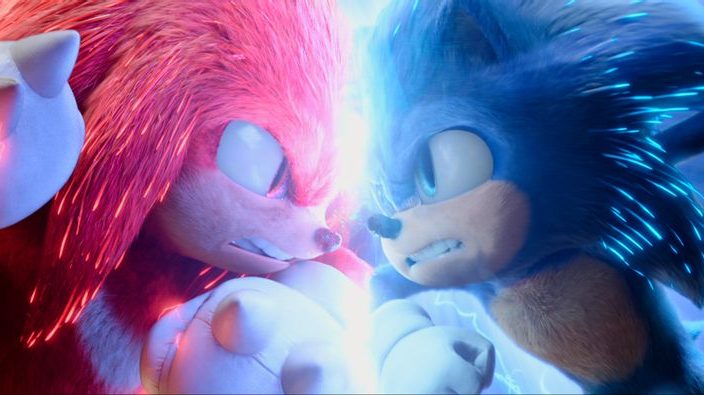 There is just under two months before Sonic the Hedgehog 2 premieres in theaters, but just as the beloved character speeds into theaters, Paramount is moving just as fast with the production of yet another sequel in the franchise. The studio announced that Sonic the Hedgehog 3 is already in development as announced during the Viacom Investor Event held today.

The video game franchise has also seen adaptations on the small-screen through animated series and comic books. The 2020 film marked the first attempt at a live-action adaptation and even with the initial shock of the character design that was initially revealed, the studio quickly corrected the issue, and the film went on to receive huge praise and over $300M at the box office.

Shortly after Sonic the Hedgehog 2 was announced and it was later announced that Idris Elba would voice the newly introduced Knuckles in the sequel. Ebla will star alongside Ben Schwartz who voices Sonic, Jim Carrey who plays Dr. Robotnik, Colleen O’Shaughnessey who will voice Miles “Tails” Prower, and James Marsden who plays Sonic’s friend Tom.

Paramount is also doubling down on Knuckles. After his introduction in the upcoming film, Paramount will be developing a live-action series following Knuckles and will star Elba. The series will be headed to Paramount+ in 2023.

No official details were given other than the announcement, and we will have to wait and see which actors will be returning to play their roles once more and depending on the reveals in the second film, we will have a better idea of the direction of the third film and what characters we might expect to see.