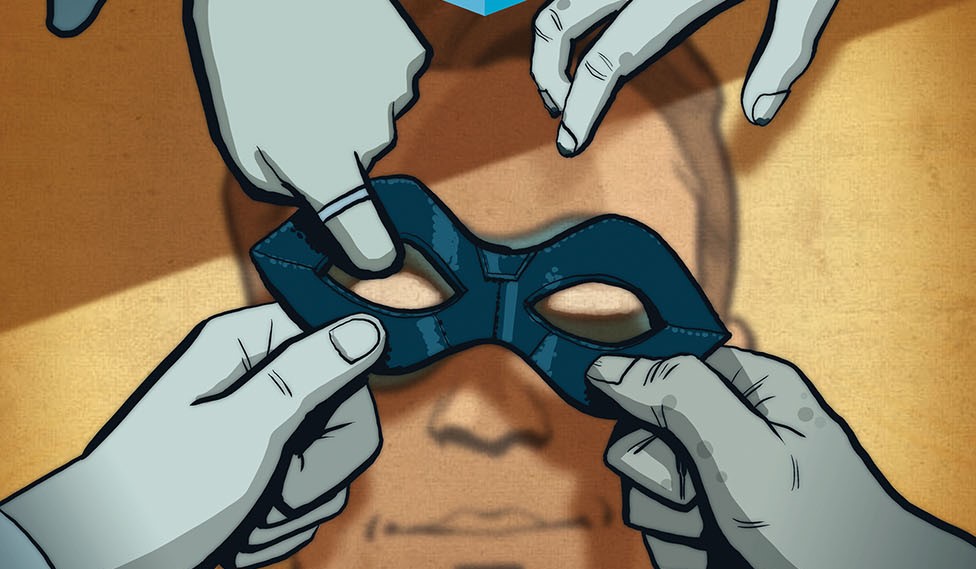 Image Comics announced that Daredevil writer Chip Zdarsky is bringing his series Public Domain to print with the publisher this summer. The series initially found life through Zdarsky’s Substack newsletter last year and the writer who is set to take on the main Batman series run soon is now bringing his digital-only series to print format.

Check out the description of Public Domain below:

“Public Domain follows Syd Dallas, the legendary comic book artist responsible for pop culture’s greatest hero: THE DOMAIN! But his sons Miles and David have a complicated relationship with both the creation and their creator. Can they convince their dad to fight for their family’s legacy?”

“I’ve been itching to draw a new series for a while now, and Public Domain was the perfect subject matter for me to tackle,” said series creator Zdarsky in an exclusive CBR. “Publishing the installments through my Substack has been an amazing experience, but everyone kept asking me, “when will we get physical?” I greatly misunderstood the question and blocked a lot of people on Twitter. But now I understand and am thrilled that Image is going to be printing Public Domain!”

Zdarsky has and always will be a great talent and personality in the comic book industry. With work in Sex Criminals, Daredevil, Stillwater, Newburn, Spider-Man: Life Story, and many more. He continues to deliver and is set to take on the main Batman series in the coming months, Public Domain seems to be a passion project, and that is when you really get to know a creator through their work. Public Domain has been incredible through the installments on the “It’s Chip Zdarsky’s newsletter, okay?” Substack, but now fans get the opportunity to read the series in print.

Public Domain #1 will be available at your favorite local comic shop on June 29th, 2022. Check out the short preview and main cover below: