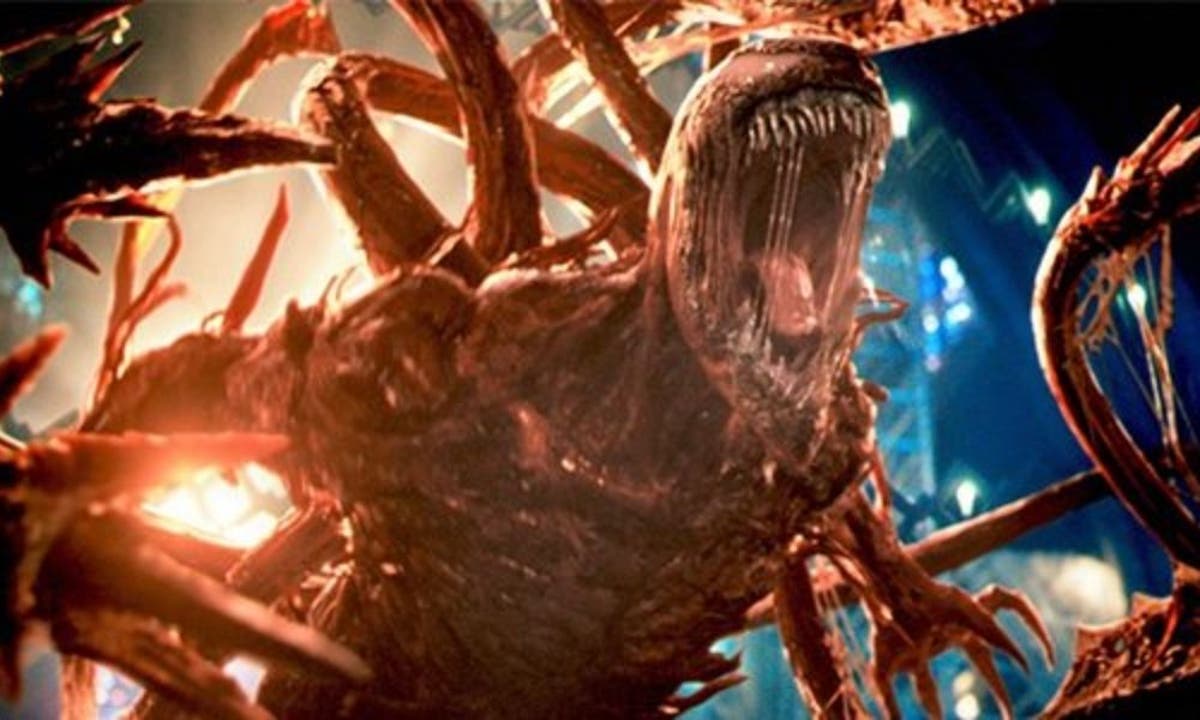 Carnage is Unleashed in New VENOM LET THERE BE CARNAGE Trailer.

A second trailer for Sony Picture’s upcoming Marvel film Venom: Let There Be Carnage has been unleashed. The trailer puts a focus on serial killer Cletus Kasady played by Woody Harrelson and his transformation into Carnage.

We see Tom Hardy‘s Eddie Brock attempt to keep Venom in check and setting rules for him to keep him from chowing down on civilians before Carnage makes his appearance. We get tons of action-packed looks at the sequel to Venom.

Andy Serkis directed the film, which also stars Michelle Williams as Anne Weying and Naomie Harris (Moonlight), who is reportedly playing the villain Shriek, who is Carnage’s love interest and accomplice. Andy Serkis previously talked about bringing Carnage to life for the film saying:

“This character was so much fun to work on in design and to take [from] the comic world. It was wonderful having the opportunity to take this character that’s never been seen before on screen, as much as you do get to know him in our story and to really play with the physicality, how he moves, how he extrudes his tentacles.”

“Carnage can turn to mist. He can turn to all manner of tendrils. He can take different forms. He can weaponize, he can do all of these different things. With all symbiotes, they reflect the person who is their host. So the darkness of Carnage, the playfulness, the wit, the strangeness. Cletus has a real intelligence and… a real sense of humor, and we wanted to reflect that in the symbiote that is linked to him.”

I am a big fan of Venom since reading Donny Cates and Ryan Stegman‘s run of Venom in Marvel comics and the first film surpassed many expectations for viewers who I feel didn’t have much hope in another Sony attempt at a Marvel film.

Venom: Let There Be Carnage is set to release on September 24, 2021. Check out the trailer below!