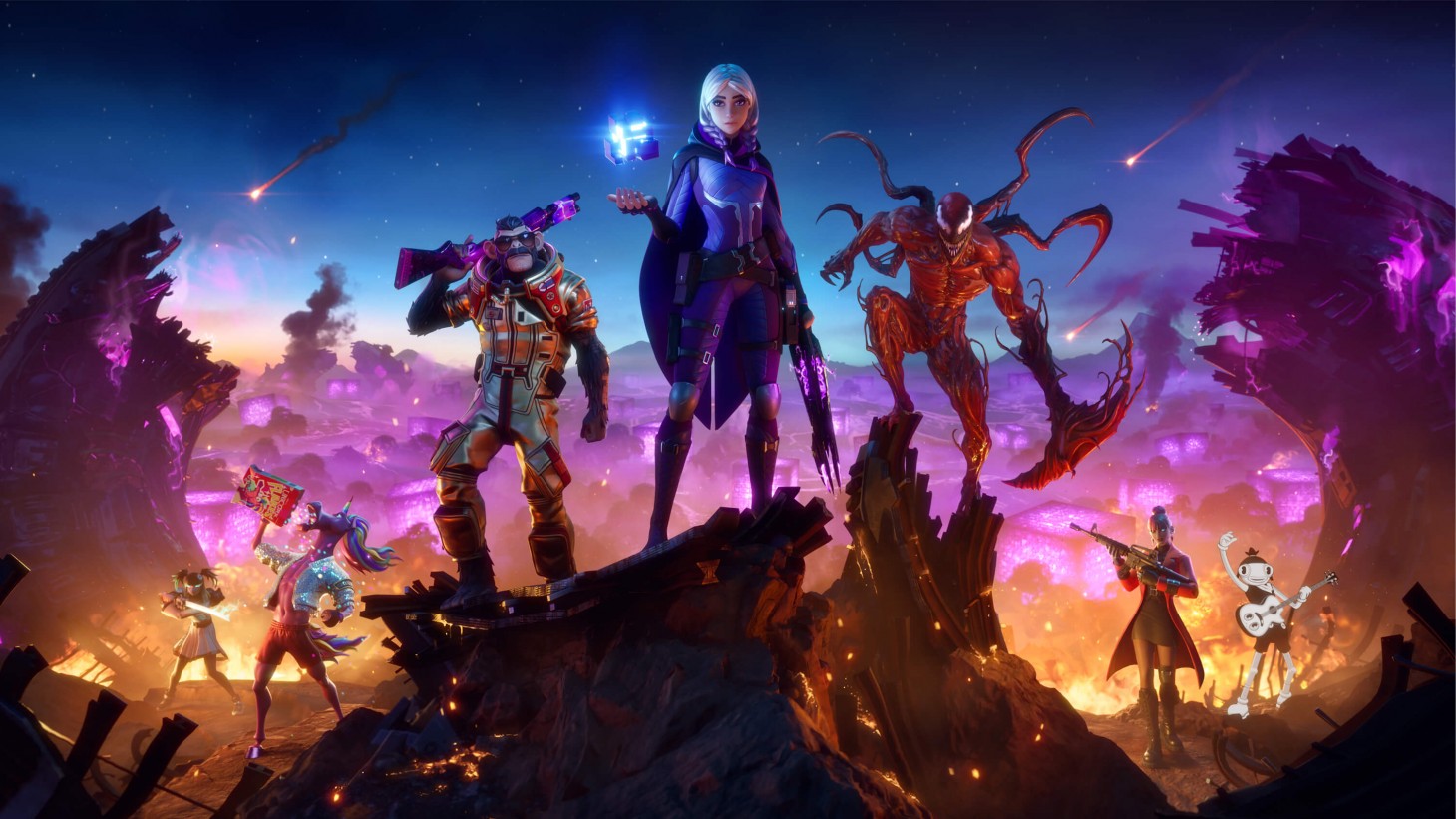 Carnage Drops Into The New Season of FORTNITE

Fortnite Chapter 2: Season 8 is bringing the heat, like all the previous finales before it, the map has changed due to the events that slowly unfold every season. This season though, the true loot lies in the Battle Pass as the unlockables this season are both fantastic and some damn near creepy in the best way. There are a ton of original skins to claim as well as another Marvel crossover. Fortnite is no stranger to comic book-based cosmetics as popular heroes like Wolverine and Thor have shown up on the island recently. This time around, a famous villain from the Spiderman Universe is dropping in, Carnage!

Chapter 2: Season 8, also called “Cubed,” is all about the titular extraterrestrial object that crash-landed on the island. The Cube has been spreading corruption throughout the map, culminating in dark portals that transport players to an alternate realm known as “Sideways” that spawns hordes of zombie-like monsters. In the Sideways, you’ll mow down waves with your squad to secure special crafting materials and weapons. Gravity is low, and you can’t build any structures, so it will be up to you and your squad to find ways to survive. The monster parts that remain can be used to upgrade your equipment. Players that remain on the island are tasked with building turret stations to fight the Cube’s tyranny.

Battle pass skins range from a sleek assassin to anthropomorphic characters like J.B. Chimpanski (an ape in a spacesuit) and Fabio Sparklemane, a pink, bipedal horse that will either be a thing of dreams to players or an absolute nightmare. Carnage, of course, might be the most exciting addition, sporting a hideous design that does the supervillain justice. There’s also a hidden skin that Fortnite news account, iFireMonkey, posted. Could this be another symbiote coming our way?

Fortnite Chapter 2: Season 8 launches today. Are you excited to run around the island as Carnage?