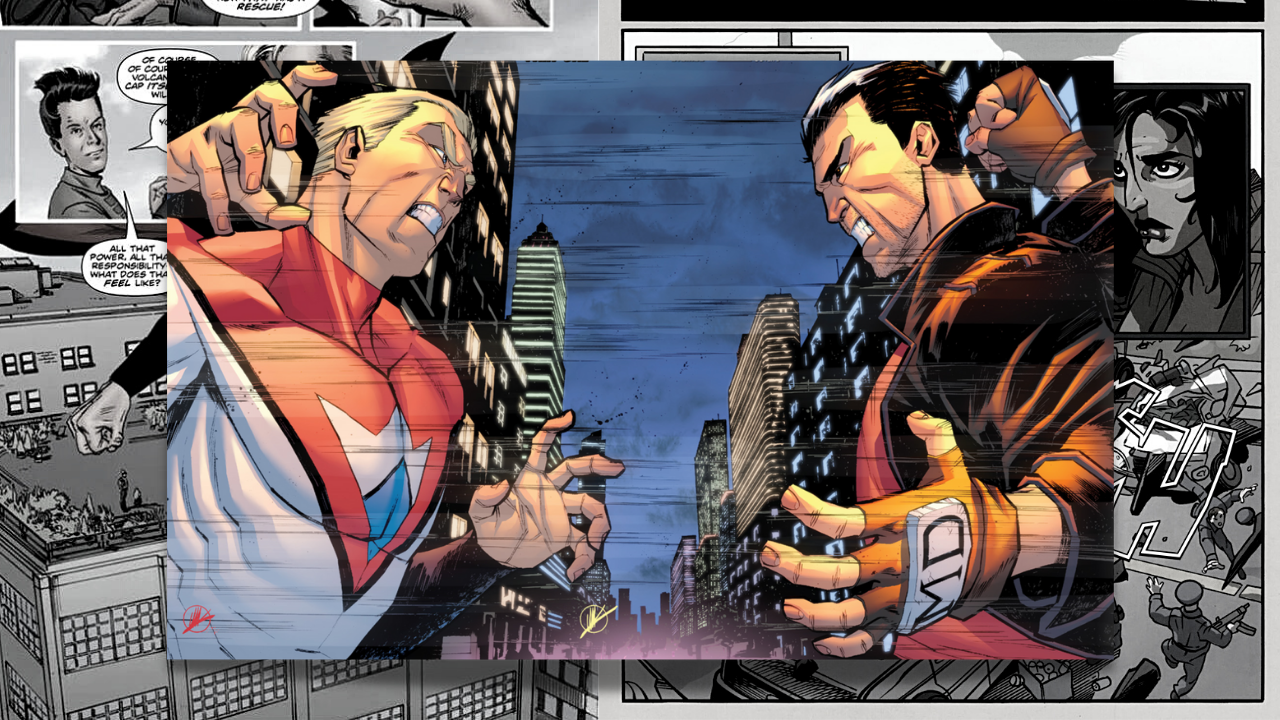 Boom! Studios has announced that the graphic novel series Irredeemable and its spin-off series Incorruptible will be getting a film adaptation from Netflix. Award-winning director Jeymes Samuel is set to helm the films from a script written by Kemp Powers.

Irredeemable and Incorruptible follows the stories of a fallen hero turned villain as he causes death and destruction of immense proportion and a villain who is on a quest to become a superhero. The adaptation is set to have these characters face off in what should be an epic showdown.

Boom! Studios describe the series in their press release:

“When the world’s most powerful and beloved superhero, the god-like Plutonian, inexplicably begins slaughtering everyone on Earth, the only person that can stop him is his former arch-nemesis, the super-powered villain Max Damage. Unwillingly thrust into the role of savior, Max must uncover the Plutonian’s mysterious past in order to discover how to bring him down. But can he discover what made the Plutonian go crazy before his own degenerative super powers cause him to lose his mind?

Irredeemable’s sister series, Incorruptible, flipped the coin and followed supervillain Max Damage as he responded to the Plutonian’s evil by gradually transforming himself into a superhero. Created and written by Waid,  Incorruptible ran for 30 issues and sold over 1 million copies during its run.”

The comic book series was created by Mark Waid with art by Peter Krause and is a fan-favorite series that sold over 1.5M copies in its 37 issue run. The spinoff series showed a strong follow-up running 30 issues and selling over 1M copies during its run.