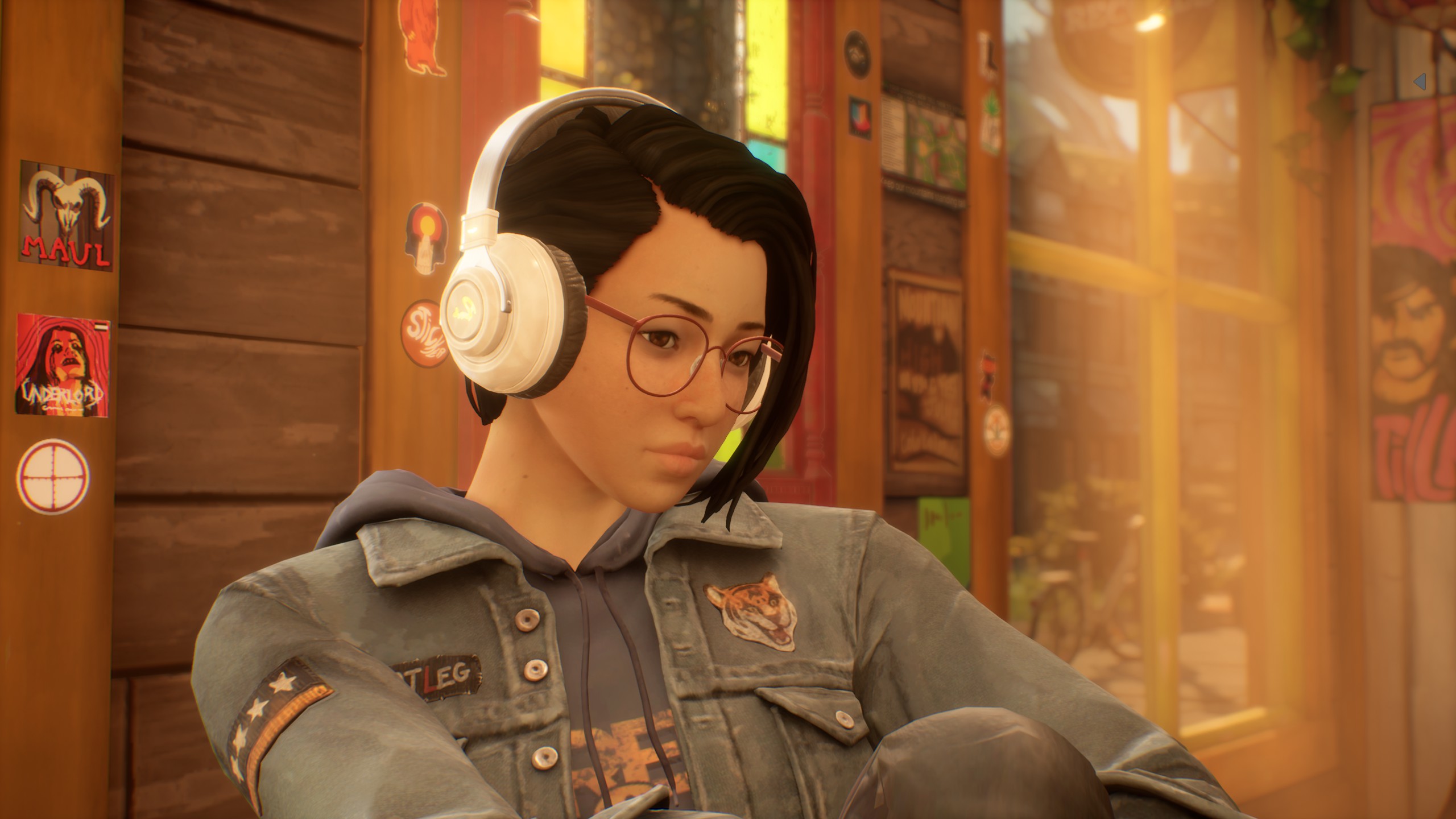 LIFE IS STRANGE TRUE COLORS REVIEW: Emotions Prove Most Powerful In An Exploration of Loss

Life is Strange has always delved into emotions and dealing with the many challenges that life can throw our way. Since its first entry, we have been put in complex situations and experienced a multitude of different perspectives during troubles that not many of us deal with in our lifetime. Whether it be depression, suicide, racism, or the ugliness of high school bullying, we have been given the opportunity to step into many characters shoes, experience their world and the people in their lives, all while we unravel the mysteries of the supernatural and the superpowers that uproot their lives.

Sometimes these powers give us the opportunity to change things for the better, and sometimes they can feel more like a curse rather than a power. The consequences of our actions ripple through every chapter and fuel the emotional weight that every single moment we experience alongside the protagonist. These are both the most heart-wrenching and greatest moments of the series, as the fantastically well-written characters we grow to love are put in situations that we yearn to watch them overcome and succeed in.

The most recent entry, Life is Strange True Colors introduces us to Alex Chen. We begin with Alex leaving her group home after 8 years and is headed to Haven Springs to reunite with her brother Gabe. The realism of the awkwardness is captured perfectly as the moment is heartwarming, but the wedge that 8 years can put between even the closest siblings is definitely felt in this moment. It is a moment that is not cherished for long as shortly after the reunion, an accident leads to Gabe’s death, the first of many tear-jerking moments in this game and from here, we are led on a journey to answer the question, Could his death have been prevented?

That is the one and the only spoiler you will get as this entry is by far the best in an already spectacular series. The third mainline game in the series and the second with Deck Nine Games at the helm as they previously worked on the prequel Life is Strange: Before the Storm. Described by Deck Nine as “A new era,” there are a few changes to look forward to with the newest entry. For one, this is the first entry in the series to release all 5 episodes at once, all the previous entries had followed suit of releasing one episode at a time which was made famous by the former Telltale Games adventure games. This was particularly enjoyable almost as if binging an entire season of one of your favorite shows.

The connection to the characters and the events felt fresh and you experience one event after another before the wounds from what you have experienced so far have had time to heal. In an emotionally driven game, this was the most satisfying way to experience and kept us invested the entire 10 hours or so it took to finish the 5 episodes.

The hardest part of this entry is that Alex is extremely likable. You can’t help but root for her and when she suffers, we suffer right alongside her. We connect with her early on through the journal system that we have come to know and as we learn in the first few minutes of the game, we know she grew up in the foster care system. It proves crucial, but Deck Nine does a great job of not letting this define her, more importantly, we learn of her empathetic abilities, this was an interesting power of choice as we see Alex influenced by the emotions she comes across often and this is a different tool than what we have seen before like Max’s ability to bend time and use it to her advantage.

We see Alex sometimes succumb to the effects of her power as you will see early on in episode 1. It can be used as an investigative tool to learn about the people around you and it can lead to an invasive trip into someone’s psyche through the sensing of their thoughts or even memories.

Deck Nine Games does a great job in this entry by introducing us to not only a beautiful landscape but also a beautiful protagonist and townsfolk that fill the small town. They introduce us to Alex who has seen her share of life challenges and also carries the burden of a power that requires much responsibility as she tries to respect the boundaries of the people in her life. True Colors stays true to its dialogue-driven emotional rollercoaster that pits us in real-life challenges and literally wrings the player’s heart with loss and pain. Alex is never defined by her abilities or her past, yet we are still given the opportunity to face the dilemma of how far is too far when using our abilities.