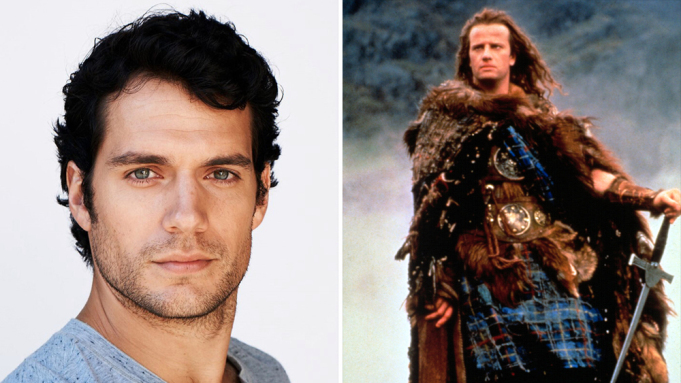 The movie is being adapted from a script by Ryan Condal who is known for writing the script for the film Hercules that starred Dwayne Johnson.

The original 1986 Highlander movie starred Christopher Lambert, Sean Connery, and Clancy Brown as immortal beings, who are hunting down one another and collecting more power. The classic tagline for the film was “There can be only one.”

So far the plot details are being kept under wraps for the reboot, but it’s safe to assume it will be in the same vein as the original film with it’s own twist of course. The reboot has been in the works for some time, but with Cavill jumping on board, I am sure that the project is ready to start moving forward.

“I think the TV series hit on a lot of great stuff wasn’t in the feature, between the watchers and all the different types of immortals. How do we get this into a feature mode before we dribble it into the TV world? Well, let’s restructure it in parts, let’s look at it like it was a TV show, let’s look at it like it was a high-end trilogy. How to we tell the story of The Gathering, The Quickenings, The Immortals and how do we really build this world out even more so than the original project? That’s what we’re restructuring right now. It’s taking all the good stuff that we had before I was involved in the project from the script; redeveloping the script to give us really good chapters one, two and three; and expanding the world.”

He also talked about his vision for the film saying:

“The vision we’re trying to get across and what we’re trying to develop, I equate very close to Star Wars. The first one is a very satisfying ending but it does leave the door open and that’s kind of how I see this. I would really like to expand it over three. I see The Gathering happening over three. It’s tricky, don’t get me wrong, that’s why we’re still developing it. We want to be able to tell three complete stories that all kind of fit. I think the Star Wars trilogy, at least up to The Empire Strikes Back, is a good example of how we want to process it.”

Its safe to say that Cavill’s involvement raises the stake of the film. I am a huge fan of the original films and the series. With Cavill in the mix, the hype has been raised exponentially.