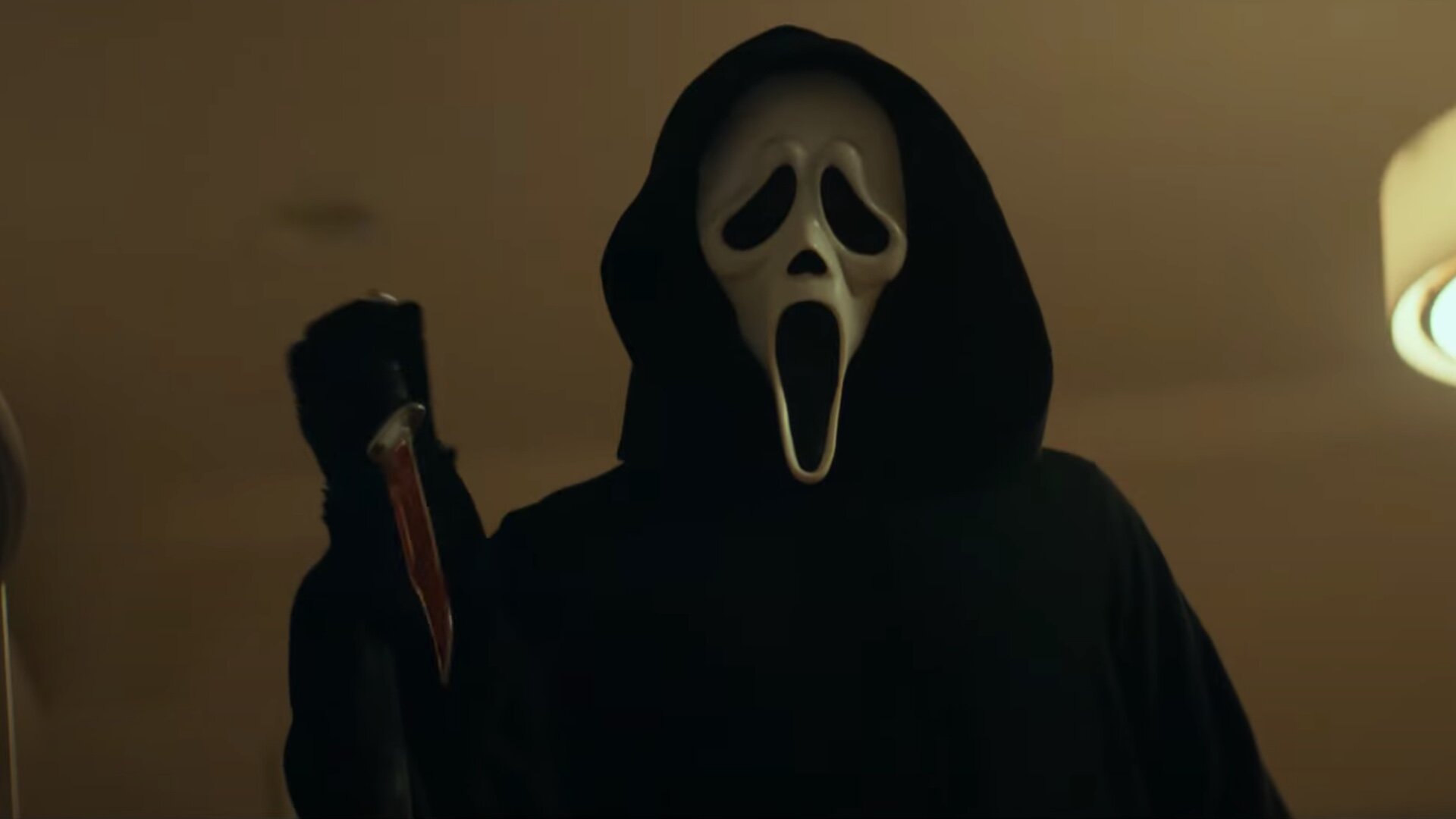 The first trailer for the upcoming sequel to the Scream franchise has been unleashed. The film comes from the team behind Ready or Not, Radio Silence. The team is made up of directors Matt Bettinelli-Olpin and Tyler Gillet. With the goal of developing the fifth film in the franchise, they set out to bring a film that would make the late Wes Craven proud.

The original cast members are set to return for the sequel. That includes Neve Campbell as Sidney Prescot, David Arquette is back as Dewey Riley, and Courteney Cox reprises her role of Gale Weathers. The film will also introduce the next generation of victims with young actors that includes Melissa Barrera (In the Heights), Jenna Ortega (The Fallout), Mason Gooding (Tragedy Girls), Jack Quaid (The Boys), and Dylan Minnette (13 Reasons Why).

The first trailer for the film features the return of Ghostface as he embarks on a killing spree. The main goal is obviously to get to Sydney. The synopsis reads:

“Twenty-five years after a streak of brutal murders shocked the quiet town of Woodsboro, a new killer has donned the Ghostface mask and begins targeting a group of teenagers to resurrect secrets from the town’s deadly past.“

Scream creative Kevin Williamson is back as a producer, and he also approves of the project and the direction that this new creative team is taking the story. Judging from this first trailer, it looks like the filmmakers will deliver a Scream film that fans are going to enjoy.

Scream slashes its way into theaters on January 14, 2022.