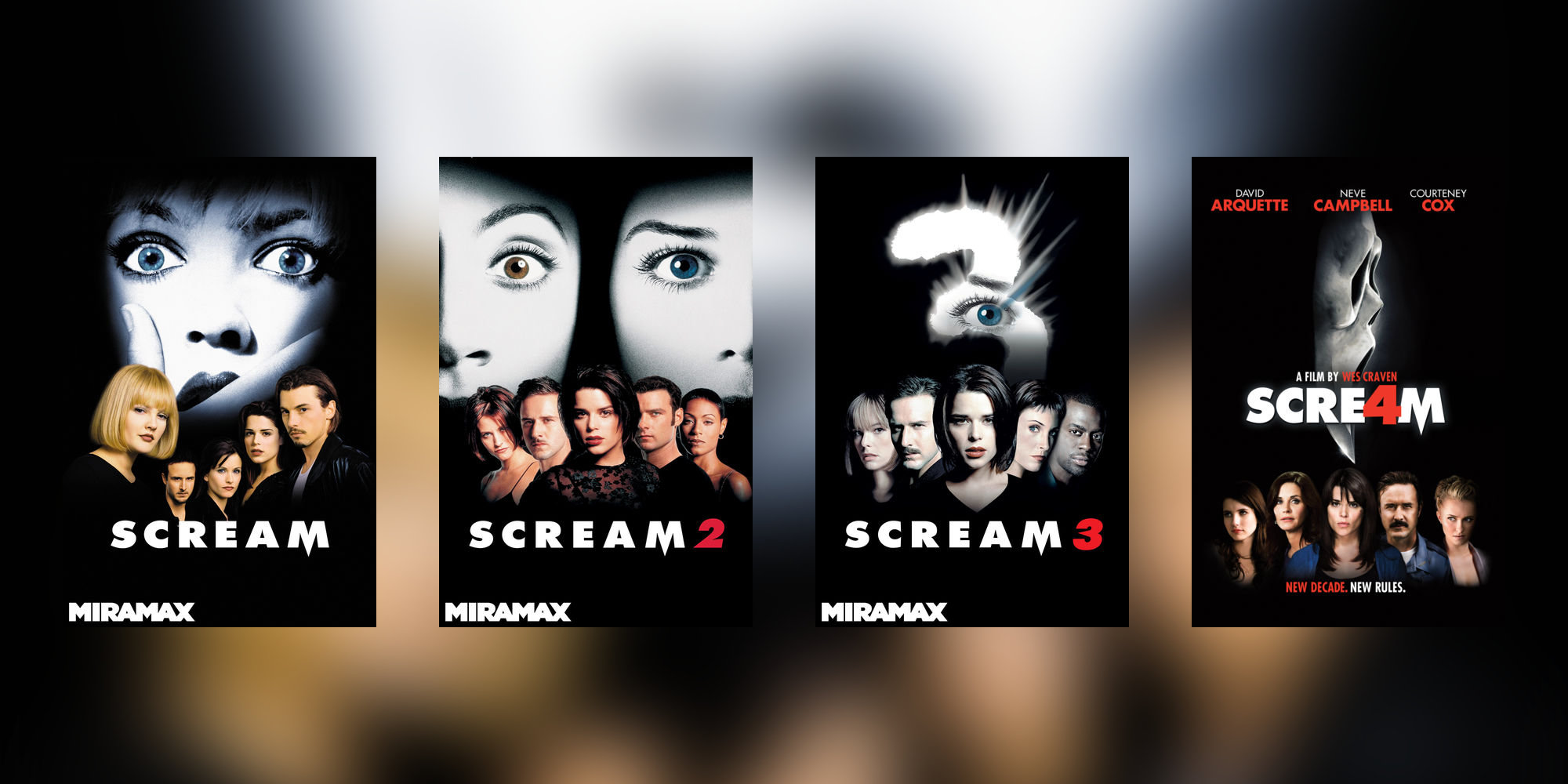 All the SCREAM Movies Ranked – What’s your favorite scary movie?

With Scream 5 just around the corner, it’s time to take a look back at the franchise and talk about which films rank highest among the iconic killer persona that has haunted our favorite characters for years. The new film is set to pick up over 20 years since the first film launched the slasher film franchise, we see returning faces with a whole new group of young stars that may or may not make it to another entry in the Scream franchise. Before we get started let’s talk about Scream 5.

Twenty-five years after a streak of brutal murders shocked the quiet town of Woodsboro, a new killer has donned the Ghostface mask and begins targeting a group of teenagers to resurrect secrets from the town’s deadly past.

The film marks the fifth entry in the Scream franchise as well as a previously aired TV series. The film will be helmed by Matt Bettinelli-Olpin and Tyler Gillett and they will work off a script that was penned by James Vanderbilt and Guy Busick.

Now, let’s get down to the previous four films ranked from best to worst:

It’s expected to see the film that started the entire franchise to sit atop of the list but it’s much more than it just being the film that started it all. Scream not only jumpstarted a new slasher franchise but reinvigorated the interest and success of the slasher genre that was in many ways dying. This was also a film that although it saw a $6M opening, found legs to stand on that has made it not only a classic horror film but a classic that measures up in any genre. From the performances to the one-liners and all the terror in between.

The film does more than fill a home with helpless teenagers for a crazed knife-wielding killer with a knife to have a field day, but it also gives us a level of twists that we have not seen since Scream was released. Also, killing someone with a garage door and Billy and Stu’s serial killer reveal and stab session were quality horror elements in a film that didn’t shoot for a quick thrill and instead gave us a spirited narrative that honored the genre.

I know, I know, this one is probably an unpopular opinion, but hear me out. Let’s start with Sidney’s growth. In the previous two films, as much of a survivor and fighter that Sidney was, we see her grow into a full-fledged fighter that faces Ghostface and the secrets of her mother being unraveled head-on. To that point, as much as this is the reason many people are not a fan of this entry, the whole Sidney having a brother aspect, although used before actually works as the double life Maureen Prescott lived is at the epicenter of the franchise.

As we see the third entry take us through a film within a film, the shining light was Jennifer Jolie and her scenes with Gale. Their chemistry and on-point comedic banter complimented the terror and psychological twists of the film. On top of all this, seeing Sidney face not only another killer but the secrets of her mother’s double life that were at points presented as something out of a supernatural horror film adds another element of terror to the film and we see all the events come to a head in a creepy mansion owned by a horror movie producer who was a villain and predator all in his own right.

Scream 2 is very close to being my second favorite. Mostly because it does something that is very hard to do in film, and even more so in the horror genre. It is almost impossible for a sequel to reach the quality and iconic status of its predecessor. The film event touches on that many times during the film. Even touches on the “rules” changing as Randy explains in the film. The film uses the first entry to build upon the sequel which is not something I had ever seen before and it’s honestly genius.

We also get introduced to not only the film about the film with Stab being a film adaptation of the murders in Woodsboro, but we also get the scene that sets the tempo of the sequel and probably has caused many people to be afraid to use a public restroom up to this day.With all the threads throughout the film spinning suspense and possible plot twists, we see Sidney battling with fully trusting her boyfriend as we attempt to grasp whether he is a good person or just another Billy Loomis, Gale, and Dewey’s complicated feelings towards one another while Gale brings in a character that only added to the excitement of the franchise in Cotton Weary.

Seemingly shoving the past trauma and scandal of Sidney’s past in her face as she tries to move on. All these elements lead to a horror stage production as we see the film-obsessed Mickey attempting to prove that films breed killers and Mrs. Loomis who is driven to kill by the life events that took her son from her. Here we see that the sequel uses the formula of the first film, builds upon it, and takes those themes and character development to a whole new level.

The fourth entry in the film franchise isn’t a bad one, it just happens to be among some pretty great films within its own franchise that land it in the fourth spot. The film does some pretty great things starting with the first few minutes in which we get a pretty hilarious and genius opening sequence by touching on the films influence killers mentality that was presented by Billy and Stu. Wes Craven and Kevin Williamson also take a concept they birthed in the 90s and modernize it to reach the newer generation of fans but at no point do they do this by sacrificing the original characters or theme that have made these films so damn genius and good.

They instead introduce us to eras of characters and give us a blend of old school and new school characters that teach each other a thing or two. As much as Scream 2 explored the art of building upon a sequel, Scream 4 felt like they took that formula and explored how to properly treat a reboot of a film. There are the rules that we have followed since the first film and within that, we are given new rules and new tools that take Ghostface’s massacre to a whole new level.

This is where the film both impressed and fell short for me. As phenomenal as Jill was in the film, and jaw-dropping the reveal of her being the killer was, it just didn’t sit right with me. Yes, in the era of social media and streaming it made perfect sense for someone to kill out of desperation for those 15 minutes of fame, but it coming from Sidney’s own family just seemed a bit far-fetched.

Yes, I know Scream 3 followed a similar formula in Sidney’s brother being the killer, but seeking fame and essentially being driven to kill by a mother’s rejection are two sides of a coin. As entertaining as the film was and the cast was great, it just did not hit as strongly as the other films even with all the elements it had working for it.