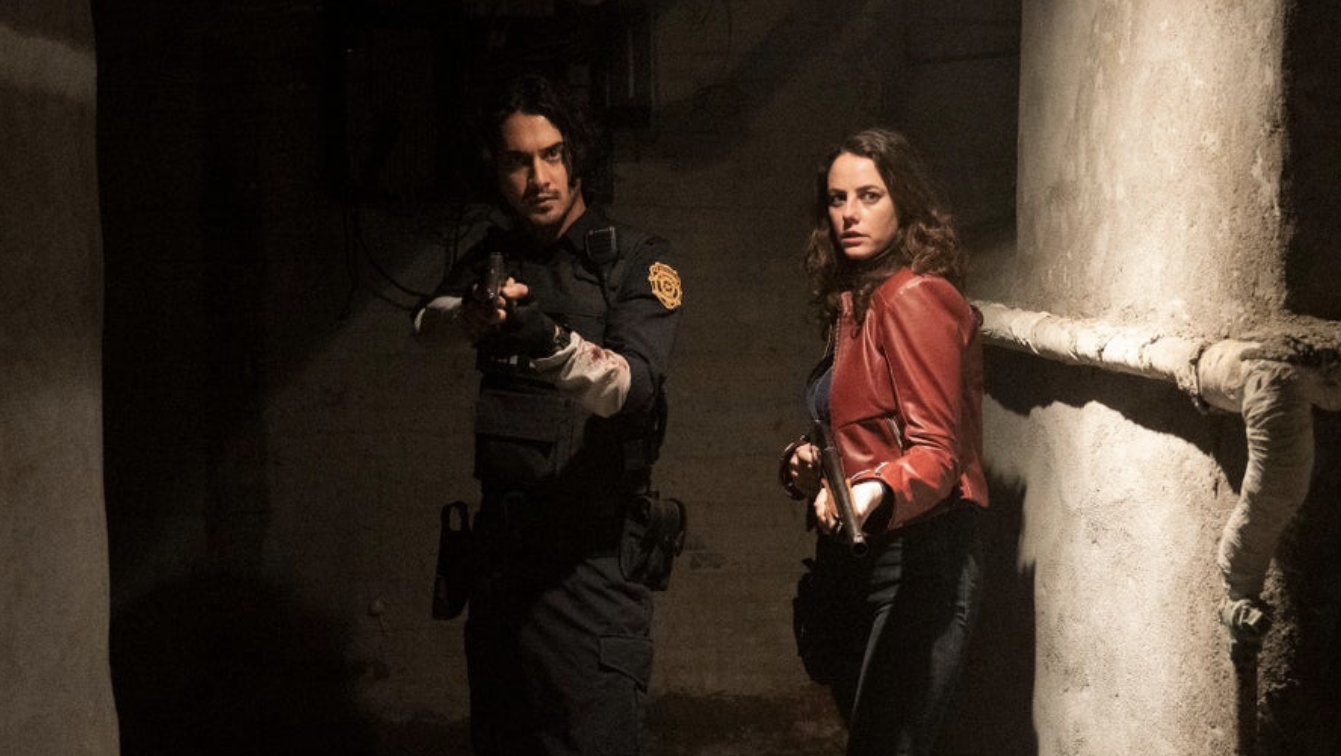 Sony Pictures and Screen Gems has offered a first look at the upcoming live-action film Resident Evil: Welcome To Raccoon City. The first look comes in the form of a few photos from the film, which is being helmed by Johannes Roberts (47 Meters Down, The Strangers: Prey at Night).

The movie would tell an origin story that will include “faithful ties to Capcom’s classic survival horror games,” and that it’s set to take place on a fateful night in Raccoon City in 1998. It will adapt elements from the first two games in the franchise. Here’s the synopsis for the film:

“Once the booming home of pharmaceutical giant Umbrella Corporation, Raccoon City is now a dying Midwestern town. The company’s exodus left the city a wasteland…with great evil brewing below the surface. When that evil is unleashed, the townspeople are forever…changed…and a small group of survivors must work together to uncover the truth behind Umbrella and make it through the night.“

When previously talking about the film, Roberts said:

“With this movie, I really wanted to go back to the original first two games and recreate the terrifying visceral experience I had when I first played them whilst at the same time telling a grounded human story about a small dying American town that feels both relatable and relevant to today’s audiences.”

In a recent interview with IGN, Roberts was asked why he decided to reboot the Resident Evil franchise instead of continuing the Milla Jovovich franchise, he said:

“I actually love the first movie so much. I think it’s great. And Milla just created such an iconic character. But it was its own thing. It wasn’t really Resident Evil as I knew it – the previous movies never captured the game and the feelings I got when playing the game (that’s not a criticism I think it just went in a different direction). I wanted to go back to the horror of it all. I wanted scares and atmosphere rather than full-on action. I think fans of the game felt the same – they wanted to see the iconic characters and locations and feel that the movie was more in line with the Resident Evil game world so that’s really why we chose to go in that direction. We worked hand-in-hand with Capcom on this movie… to the point that we actually got blueprints from them on the designs of the Spencer Mansion and Raccoon police station in order to recreate them as perfectly as we could. We even have the exact artwork up on the mansion walls. Capcom saw it for the first time the other day and was so happy and excited. And that – as a nerd – made me so happy and excited!”

He also talked about his version of the characters Jill Valentine and Leon S. Kennedy and how they differ from their versions in the past films:

“The difference with this film as opposed to the previous movies is that it is an ensemble where each of the main characters carries huge importance to the narrative. They are not just cosplay characters who have the exact hair and costume of the characters. I think previously everything had been all about the Alice character – which was never in the games – and the game characters that did appear like Jill, Leon, Claire, and Chris did so as kind of supporting cameos. Jill and Leon in this movie are equal leads along with Claire and Chris and Wesker.

“Jill was such a fun character to play around with – a sort of live-wire, a small-town girl – she’s kick-ass but not in a superhuman way. You really feel scared for her when shit goes down. Hannah John-Kamen really brought her to life! Leon Kennedy was interesting because in many ways he was my way into the movie as a writer – I sort of saw the story through his eyes. I wanted to move away from the buff action hero that Leon has become in the later games and return to the Leon Kennedy of his very first ‘rookie’ incarnation in the Resident Evil 2 game. In this movie he is not at all an action hero – he’s slightly out of his depth, very hungover, and cannot believe the s**t that is going down on his first day. The events of the film help create the ‘hero’ Leon they know from the games.

“There is definitely a Carpenter vibe to his character. When I was writing him I had sort of a cross between Jack Burton and MacReady in my mind! It was probably the trickiest role to cast to find someone who could carry that off! Avan Jogia really nailed it. He’s so wonderfully disheveled and out of his depth in the movie.”

He went on to explain that the movie will be much more dark and grimy than the previous film, and says that it’s “entirely shot at night. It’s constantly raining and the town is shrouded in mist.” He then shared his influences on the movie saying:

“I was very influenced by seventies filmmaking techniques – we shot using zooms a lot! And there are no drone shots in the movie or crazy CGI camera shots that are physically impossible. The movie has a very old-school retro feel to it. I was hugely influenced by movies like The Exorcist (and Exorcist 3!), Don’t Look Now, and The Shining. You can really feel the texture in this movie. Nothing in this town feels hi-tech. It feels dilapidated. I wanted Raccoon City to feel a bit like the town in Deer Hunter; a ghost town forgotten by the rest of the world. And the whole structure of the film was definitely very influenced by Assault on Precinct 13.”

The movie will kick off “a new universe inspired by storylines and characters from Capcom’s classic Resident Evil games.” Resident Evil: Welcome to Raccoon City opens only in theaters on November 24, 2021.