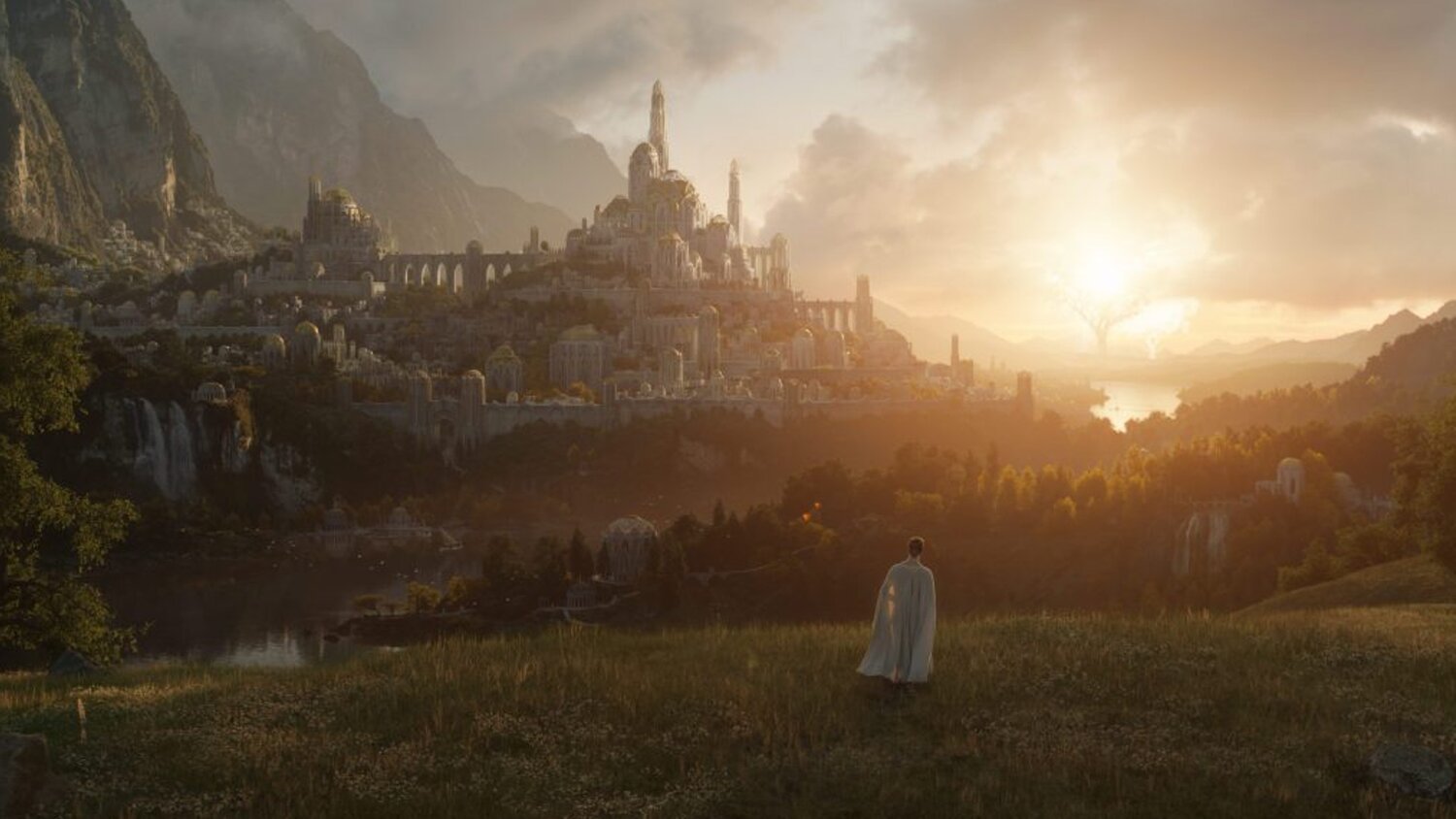 First Look at the Amazon THE LORD OF THE RINGS Series and Premiere Date Announced.

With production wrapped on the premiere season of the Amazon Studios The Lord of the Rings series, based on J. R. R. Tolkien‘s Middle Earth Stories, Amazon revealed the premiere date for the highly-anticipated series.

Amazon also released a photo from the show giving us our first look at the series and it looks just as epic and beautiful as what we saw in Peter Jackson’s films. Obviously, those films were the template for this series. Jennifer Salke, Head of Amazon Studios said in a statement:

“The journey begins September 2, 2022 with the premiere of our original The Lord of the Rings series on Prime Video. I can’t express enough just how excited we all are to take our global audience on a new and epic journey through Middle-earth! Our talented producers, cast, creative, and production teams have worked tirelessly in New Zealand to bring this untold and awe-inspiring vision to life.”

The Lord of the Rings “brings to screens for the very first time the heroic legends of the fabled Second Age of Middle-earth’s history. This epic drama is set thousands of years before the events of J.R.R. Tolkien’s The Hobbit and The Lord of the Rings, and will take viewers back to an era in which great powers were forged, kingdoms rose to glory and fell to ruin, unlikely heroes were tested, hope hung by the finest of threads, and the greatest villain that ever flowed from Tolkien’s pen threatened to cover all the world in darkness. Beginning in a time of relative peace, the series follows an ensemble cast of characters, both familiar and new, as they confront the long-feared re-emergence of evil to Middle-earth. From the darkest depths of the Misty Mountains to the majestic forests of the elf-capital of Lindon, to the breathtaking island kingdom of Númenor, to the furthest reaches of the map, these kingdoms and characters will carve out legacies that live on long after they are gone.”

Game of Thrones alum Bryan Cogman is serving as a consulting producer on the show, and J.D. Payne and Patrick McKay are leading the charge on the project as the writers and showrunners. The show it being helmed by J.A. Bayona, Wayne Che Yip, and Charlotte Brändström. The first season of the show is estimated to already cost $465 million and it features an ensemble cast of 39! Payne and McKay shared:

“As Bilbo says, ‘Now I think I am quite ready to go on another journey.’ Living and breathing Middle-earth these many months has been the adventure of a lifetime. We cannot wait for fans to have the chance to do so as well.”