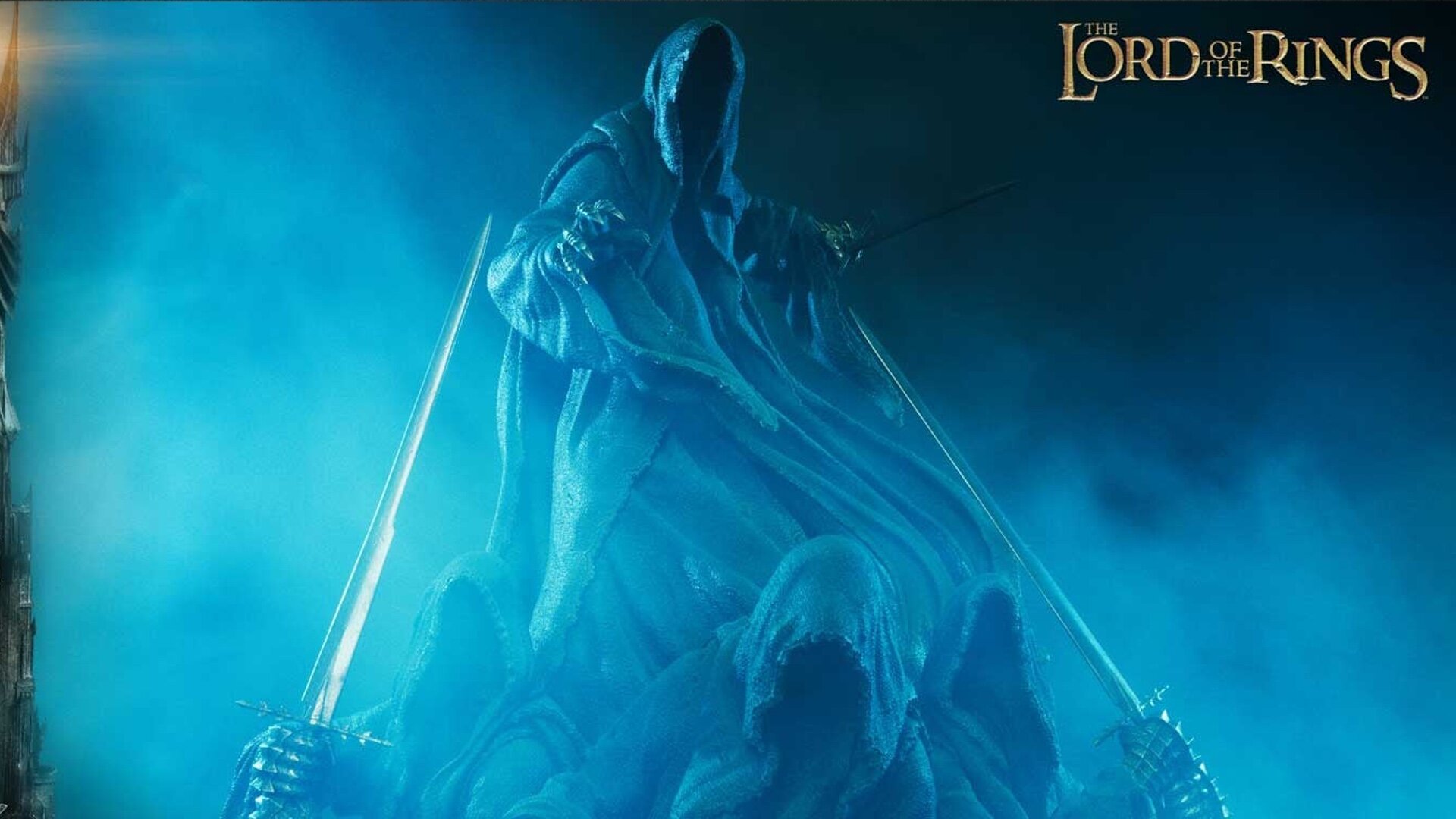 There’s a new collectible available for fans of The Lord of the Rings. The new 1 Studio Premium Masterline Statue for the Nazgûl: Ringwraiths, “neither living nor dead. At all times they feel the presence of the Ring, drawn to the power of the One. They will never stop hunting you.”

This is a pretty fantastic-looking statue, with an impeccable design worthy to be called the precious. The description for the statue reads:

The Nazgûl, Lord Sauron’s dark agents, come to you in a blood-curdling tableau, as recreated by the talented artisans of Prime 1 Studio! This chilling 26-inch-tall effigy takes its inspiration directly from the peerless and epic Lord of the Rings Trilogy by Peter Jackson. Our sculptors have sculpted the most realistic depictions of the fallen kings, enrobed in the most sinister black cloaks, swaying from their pursuit of the One Ring, and clutching blades with their armored hands to deal death where they see fit. Our painters have rendered each Nazgul with sublime precision in hue and tone, applying layer upon layer of weathering on both their persons and their weapons.

ou can pre-order the Nazgûl from the Prime 1 Studio, or any other authorized distributor. You will also have the chance to add a Bonus Part… the Morgul blade that stabbed Frodo Baggins. You will be able to swap the primary Nazgûl’s right hand, with one that clutches the sword that almost ended Frodo’s life.

In this article:Entertainment, Entertainment news, FIlm, J.R.R. Tolkien, Movie, Nazgul, News, Peter Jackson, Prime 1 Studio, The Lord of the Rings
Up Next: