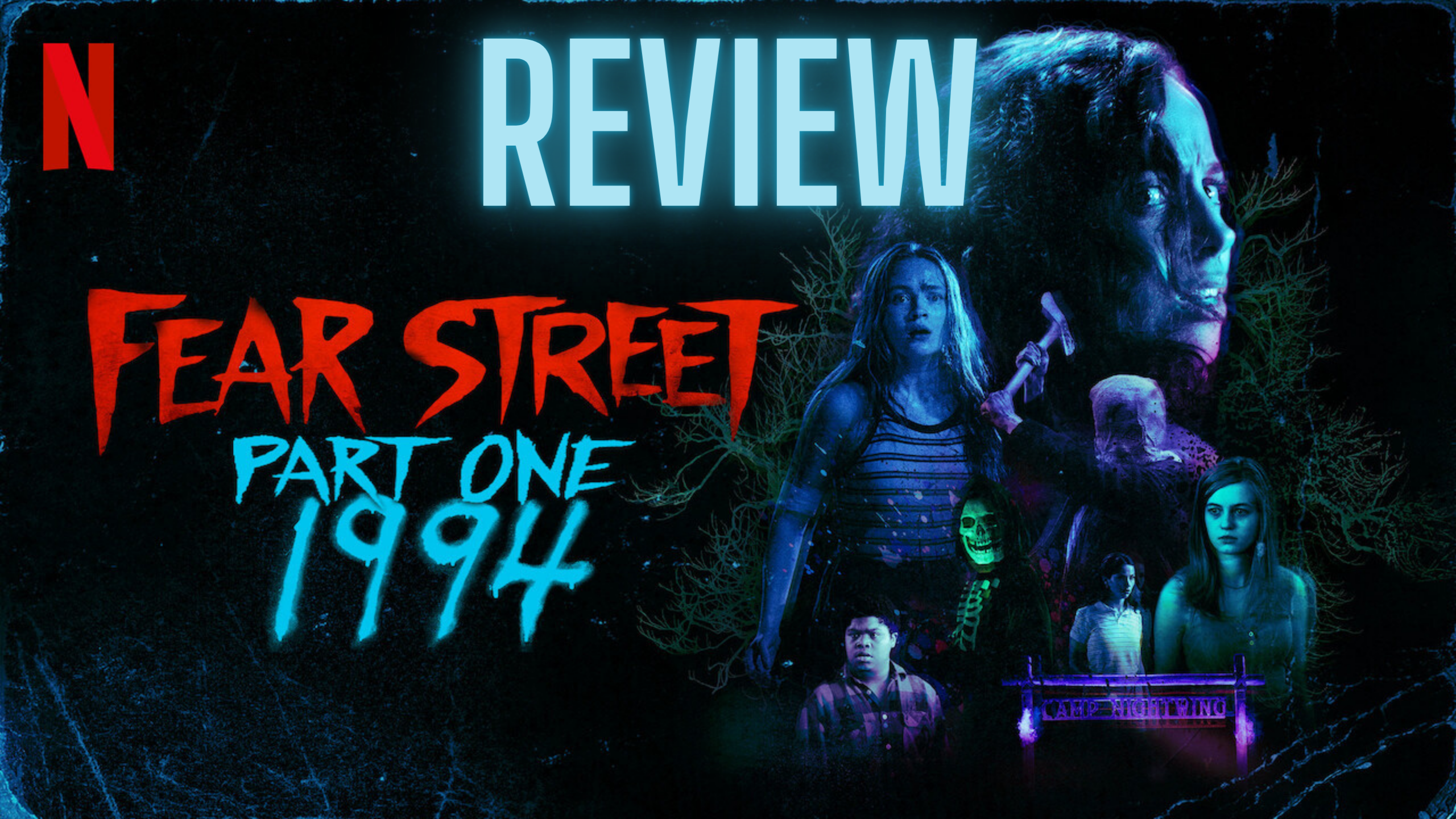 Those of us who were lucky enough to be part of this club of misfits, clenching our fists as we read Fear Street in the middle of the night and ensuring a restless night of fear, refusing to put it down as one cliffhanger led you to the next. This was the case most of my childhood as I picked up book after book from the twisted mind of R.L. Stine.

This is not the first time R.L. Stine’s YA book series has inspired adaptations, Goosebumps series from ’95 – ’98 and was a fantastic series that gave us a spooky yet innocent look into some of Stine’s novels. We also have to give a nod to the film adaptation of Goosebumps that starred Jack Black. One thing Fear Street has that these don’t is a flat-out R rating that is definitely backed up within the first few minutes of part 1 of this trilogy movie event.

The first of the three films will be releasing this week and the next entry will release the following week and then the next week after. Fear Street Part 1: 1994 takes us to Shadyside, a rural town that is plagued by countless horrifying murders and therefore dubbed the “Killer Capital USA.” Throughout the years, a killing spree hits the town and another killer emerges to slay the townsfolk of Shadyside and then killing themselves. At times the killer’s identity is just as puzzling as the killing spree, as they are sometimes good standing citizens. Local legend does claim that Shadyside is cursed by a witch named Sara Fier, who had been hung 300 years ago for witchcraft and it’s believed she still haunts the town by possessing the townsfolk and making them commit these heinous murders.

In true R.L. Stine form, Fear Street part 1 comes to us with high school drama, that entails dealing with a rival football team and a recent break-up and that is interwoven with the supernatural life or death situations that we see time and time again. All this leads to an altercation between the rivaling teams, which then leads to another altercation on the road and so our horrifying tale begins… Through chance and circumstance, our mystery is triggered and it awakens several resurrected killers that have haunted Shadyside throughout the years.

As much as I love a good slasher film, and trust me, it’s a pretty damn good slasher film. They take it a step further and give us absolutely fascinating, unique characters with complexity and all the teenage drama that follows. Netflix replaces the crazed partying teenagers, and the sex-crazed parties, for a rag-tag group of teenagers that many of us growing up in the ’90s can relate to. They have baggage that relates to many of us as teens and it immerses you even more into the film. Speaking of the ’90s, any of you who grew up in that decade will get dare I say, goosebumps, when you see how accurate and precise the era is depicted. We shouldn’t be surprised as Netflix did an absolute killer job capturing the decade with Stranger Things.

Through headlines, AOL chat rooms, and high school gossip, we get pieces of the puzzle filled as the mystery of Shadyside unravels. Our young protagonists bond together to avoid being yet another victim to these resurrected spree killers and all the while trying to figure out what has caused this and find out how to stop it. I will tell you this, some of the characters you love will not make it out of this, but as we see in this unique formula that Phil Graziadei and Leigh Janiak have given us telling the story from its most recent date and working itself backward to what I assume will be the origin of the curse, they turn these YA fiction novels into a hard-R, featuring onscreen violence, blood and gore, nudity, sex, and an uncensored litany of curse words. I will say that this shouldn’t deter you as the writers do a fantastic job of including the mature content in a meaningful way that keeps it from feeling crass.

Overall, this film had no business being as good as it was. You can see the care and fandom of the novel as it hits you with a very hard R, but still maintains the innocence of Stine’s horror. I will admit I was concerned that a trilogy would all be put together at the same time and releasing back to back weekly. This formula is bold and dangerous as one film failing, could damper the success of the other films, but this is by far a hell of a start to a trilogy that I am very excited to see more of. Fans of the Stine novels, fans of horror, fans of teen drama, and slashers all have something to enjoy in this. Get your popcorn ready geeks, they have taken Stine’s novels as a base and created their own bloody, gruesome film that rivals some of the best slashers like Scream. Throw in the incredible world-building, deep characters, and visual juxtaposition to classic slashers, and you have the perfect slaughter-packed adventure that kicks off not only this trilogy but hopefully more horror events like this in the future.