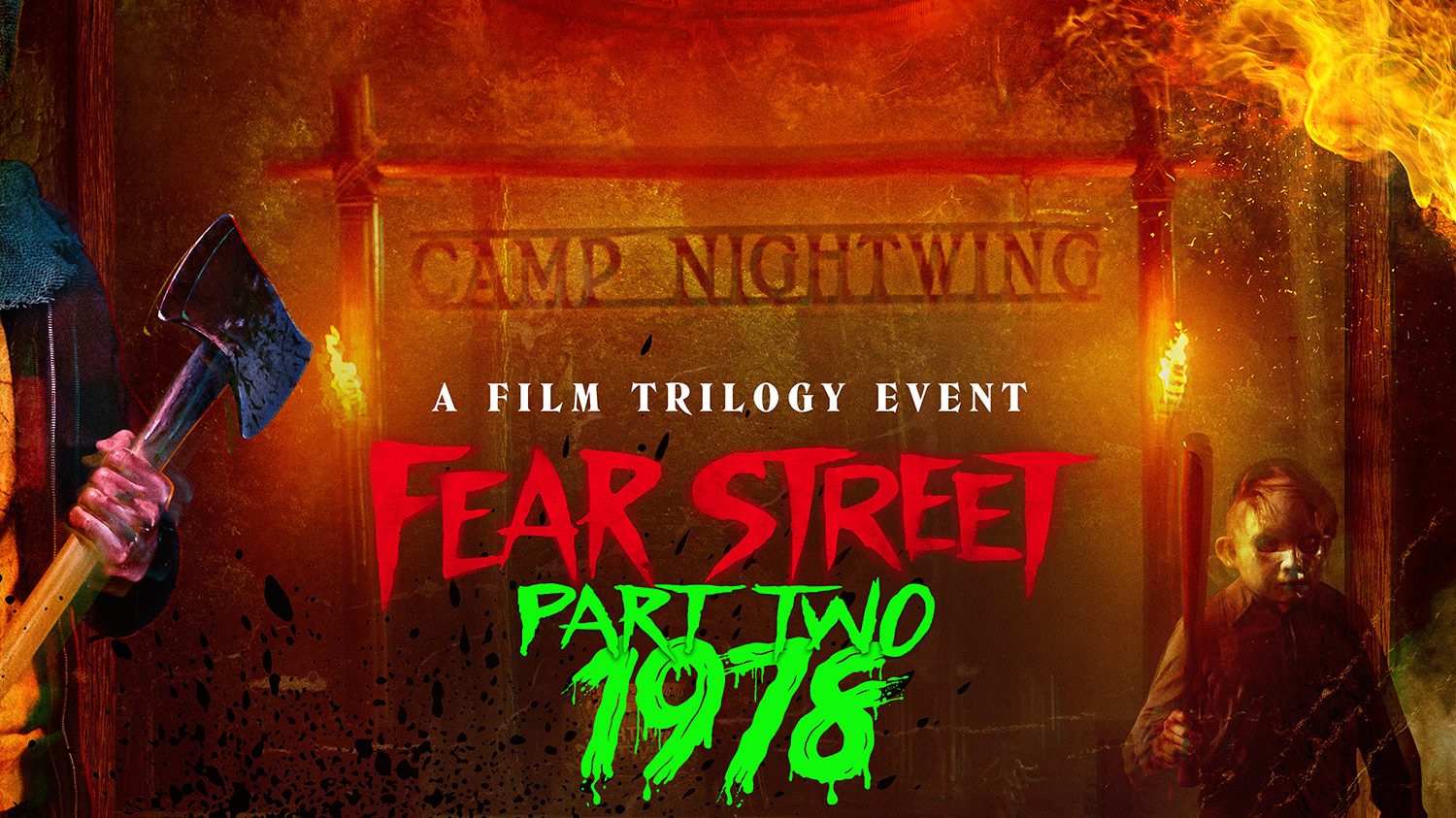 The second entry of the ambitious trilogy event that has been unleashed by Netflix debuts tomorrow. Inspired by Stines YA Fear Street novels, we saw the Shadyside curse come to life in Fear Street Part 1: 1994 which spawns a spree killer every few years. We saw the ragtag group of teens being chased down by undead spree killers from Shadyside’s past and we got a glimpse into the mystery of The Shadyside Witch, Sarah Fier.

Part 2 picks up where the previous film left us as we see the current state of the person who has survived the wicked witch’s wrath. Fear Street Part 2 takes us to how C. Berman, the only person to survive the Shadyside curse, well, survived.

Here, at summer camp, we meet two Berman sisters. Ziggy played by Sadie Sink, is a problem child who continues to find herself at odds with the Sunnyvale campers and the counselors. As we learn rather quickly, she’s the victim of some bullying, and even so, she finds herself on the verge of being kicked out of camp as a result of her actions. But, in true form, incomes future sheriff Nick Goode played by Ted Sutherland. This pairing although odd, does find a bond over their love of another horror icon Stephen King and shared spite for the behavior of some of the campers and counselors alike.

Cindy Berman played by Emily Rudd, is your cliche perfect teen you’d find in any classic slasher film. She’s hard-working, smart, cheery, and by the book. Despite constant sexual advances from her picture-perfect boyfriend, she maintains her innocence. This is the girl, you would see make it through the end of any classic slasher film. As much as Part 1 played for originality, part 2 celebrates everything that made a classic slasher, hell they’re at a freaking summer camp, and we have every single stereotype oozing from these characters. Don’t get me wrong, it’s not cheesy and it plays to the tropes of some of our favorite horror films perfectly.

The film really earns its R-rating this time around, with not only a plethora of blood and gore but also in classic horror movie form, we have sexual content. Now, it could have gone one step further, but we will touch on that in a bit. Where the first film gave us a smaller cast that we grew with and connected to, part 2 gives us a more classic horror film group of characters with a high body count, but only a few who really shine and leave us fearing for.

As we watch two sisters at odds, the elder Berman sister and her boyfriend experiencing teenage love and old friends turned well not friends? Now, this is C. Berman’s tale and the bridge to the third part of our trilogy and conclusion. With that, we get a lot of lore into the Shadyside curse and Sarah Fier. As the night approaches and our story unfolds, we see Cindy, her former friend Alice played by Ryan Simpkins and their boyfriends on a hunt for clues to Sarah Fier. This leads them to exactly that, and thus unleashes a killing spree at the hands of the now possessed boyfriend of Cindy’s. As Alice’s beau is brutally slaughtered by an ax, Cindy and Alice retreat further into the witch’s labyrinth that runs through the entire camp. While they work on finding a way out, the campers become the prey of our spree killer, which we met as the undead ax-wielding sack head in part 1.

Through the labyrinth, we see the Berman sisters separated and fighting for their life, throughout this, we see a rekindled friendship between Cindy and Alice, which is a much-needed feel-good moment amongst all the death. We also see a spark of romance blossom between Ziggy and Nick, it doesn’t hit as profoundly as Deena and Sam, but with all the gears turning at so many different plot points, we find ourselves more concerned about their well-being than a few moments of romance. Now, I won’t spoil the ending, as it truly was satisfying and caught me a bit off guard, but this is truly some exciting storytelling.

Overall, the second chapter in this trilogy event is a rewarding homage to fans of classic horror slasher films. The daring attempt to tell a story that spans 3 centuries so far has paid off in my opinion as I find myself yearning for part 3 to get answers to this mystery. The lore, the gore, and head-splitting kills ooze horror and suspense. Part 1 set the bar pretty high, so some may find themselves a tad disappointed, but the film definitely has something to enjoy and bridges the gap between the trilogy. That being said, this is a long-form of storytelling and I feel like I am watching chapters of a 3 part miniseries. As it happens often, we find that the middle part of a trilogy can be heavy on storytelling and branch many plot lines which we see here quite clearly, nonetheless, this darker-toned R.L. Stine adaptation will leave you hungry for more.