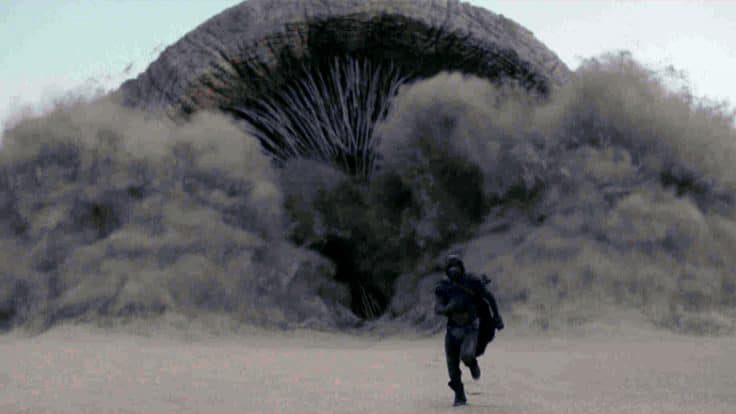 Dune Part Two is officially confirmed with Legendary Pictures announcing that it has greenlit the sequel to the director Denis Villeneuve film and Based on the sci-fi novel by Frank Herbert. Villeneuve is set to return for the sequel and the film is slated to arrive on October, 20th, 2023. One thing that will change is that the sequel will be available exclusively in theaters.

The news was announced by Legendary and Warner Bros. on Twitter. In the tweets, Legendary thanks the fans and goes on to say that “this is only the beginning…” They go on to say that they’re “excited to continue the journey!”

This shouldn’t come as a big surprise as the film was set up as a multiple film project, hence the title Dune: Part One. I know there were reports of concerns regarding the scope of the film or the reception it may receive, but given its success over its premiere weekend, I think that Legendary and WB saw enough to pull the trigger on the next film. In a previous interview, Villeneuve expressed that Zendaya‘s character Chani and Timothée Chalamet‘s character Paul Atreides will play major roles in the story of the Dune: Part Two.

Dune: Part One is available in theaters and HBO Max and the story follows, “Paul Atreides, a brilliant and gifted young man born into a great destiny beyond his understanding, must travel to the most dangerous planet in the universe to ensure the future of his family and his people. As malevolent forces explode into conflict over the planet’s exclusive supply of the most precious resource in existence, only those who can conquer their own fear will survive.”