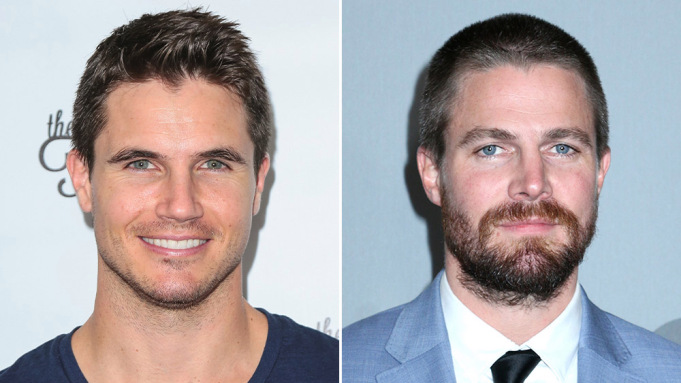 Stephen Amell and Robbie Amell have signed on to return for Code 8: Part II. The 2019 sci-fi was a huge success and a result of a successful crowdfunding campaign. Director Jeff Chan will be returning to helm the film and will be co-writing alongside Chris Paré, Sherren Lee and Jesse LaVercombe will all be contributing to the script.

The film is set to start production towards the end of this year, and will continue the story of the 4% of fictional Lincoln City’s population who have superpowers, and are forced to register their abilities as a stipulation of living their lives among everyday society as they face discrimination and violence from a technology advanced police force whose sole task is to keep them in line.

The sequel will have a change of pace and follow a teenage girl who is looking for justice over the death of her brother at the hands of corrupt law enforcement. This therein leads her to cross paths with Robbie Amell’s Connor Reed and Stephen Amell’s former criminal partner Garret Kent, as they fight against authority in an attempt to unravel the conspiracy at the center of our plot.

Code 8 has had a bit of a Cinderella story, starting in 206 as a short film that was directed by Chan and starred the Amells and its success saw it reach a successful crowdfunding campaign that raised over $2.5 million dollars leading its production into a feature film. The film then held a limited release in theaters in 2019, then was added to the Netflix library that saw its audience grow substantially in 2020 which led to its top spot on the most-watched list in many countries around the world.

A sequel series was meant to come to Quibi, but we know how that story ended as Quibi saw itself shutting down in 2019 and sold its library to Roku. This could be how the sequel came to be as it could very well a shorter take on what they had planned on the series that was reworked as a feature film.

Code 8 is by far an underrated film that I do not hear enough people talk about and I am glad to see its success showing some fruition. I am also a big fan of the Amell’s and definitely look forward to seeing them on screen as well. Stephen Amell is also coming to Starz in his news series Heelz. What do you think of Code 8 coming back for a sequel?