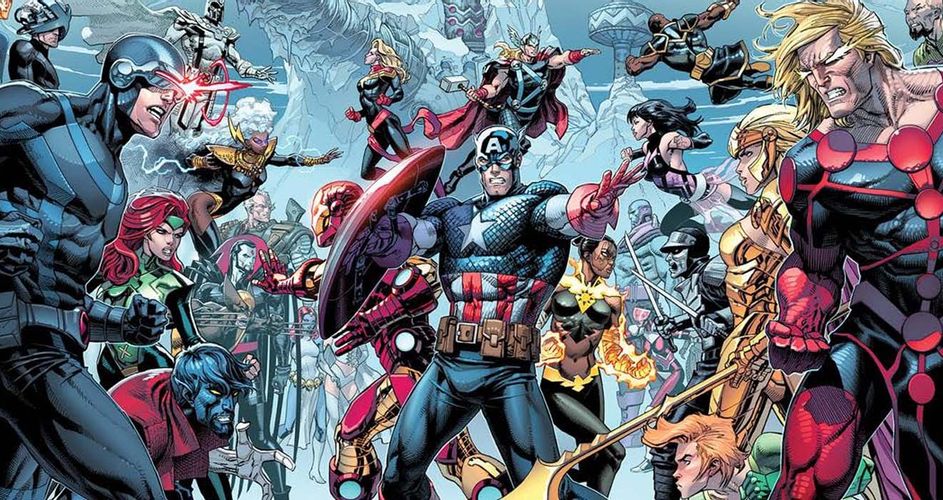 The Marvel Comics big event of summer 2022 is going to be a three-way showdown. The X-Men, Avengers, and the Eternals are all headed for what’s being called “Judgment Day.” Marvel has been teasing the upcoming event for weeks now and we now have our first promotional image thanks to the publisher’s press release. The promo image with art by Dustin Weaver reveals the main series creative team of Kieron Gillen and Marte Garcia.

“I looked at everything in Eternals and Immortal X-Men and everything else all the X and Avengers writers have done and thought… yeah, this is an event. In fact, an event is the only way to do justice to this,” Gillen says in a press release.

“The Beach Boys’ Brian Wilson described the music he was reaching for as ‘Teenage symphonies to God.’ I think that’s what the best Marvel Events aspire to be, and it’s what we’re aspiring to here,” Gillen continues. “I want the scale. I want the heartbreak. I want a book that wears its heart on its sleeve even as it puts a fist in your face. I want something Wagnerian in its volume as emotional as God Only Knows.”

The official synopsis for the series reads:

“The X-Men have achieved immortality and mutants have taken their place as the dominant species on the planet. The Eternals have discovered long-hidden knowledge about their species, including a devastating truth about mutantkind. The Avengers have come into direct conflict with the Celestials and are currently using a fallen Celestial as their base of operations, slowly unlocking its secrets… When the Eternals brazenly target the mutant nation of Krakoa, the Avengers try desperately to de-escalate a potentially apocalyptic war. But this is no simple conflict.

The Eternals’ purpose cannot be denied and mutantkind’s future will not be threatened. And after the opening battles, new players and revelations for both sides will emerge as the inhabitants of the Marvel Universe are JUDGED by the greatest power they’ve ever come into contact with.”

Marvel also released some teaser images with quotes from the groups involved in the brewing conflict. Check them out below:

The Eternals, Avengers, and X-Men will face off in Judgement day, which will arrive in comic book stores in the summer. The event will be preceded by Free Comic Book Day: Avengers/X-Men #1 on May 7, which will tease the action to come in the upcoming Marvel Comics crossover.