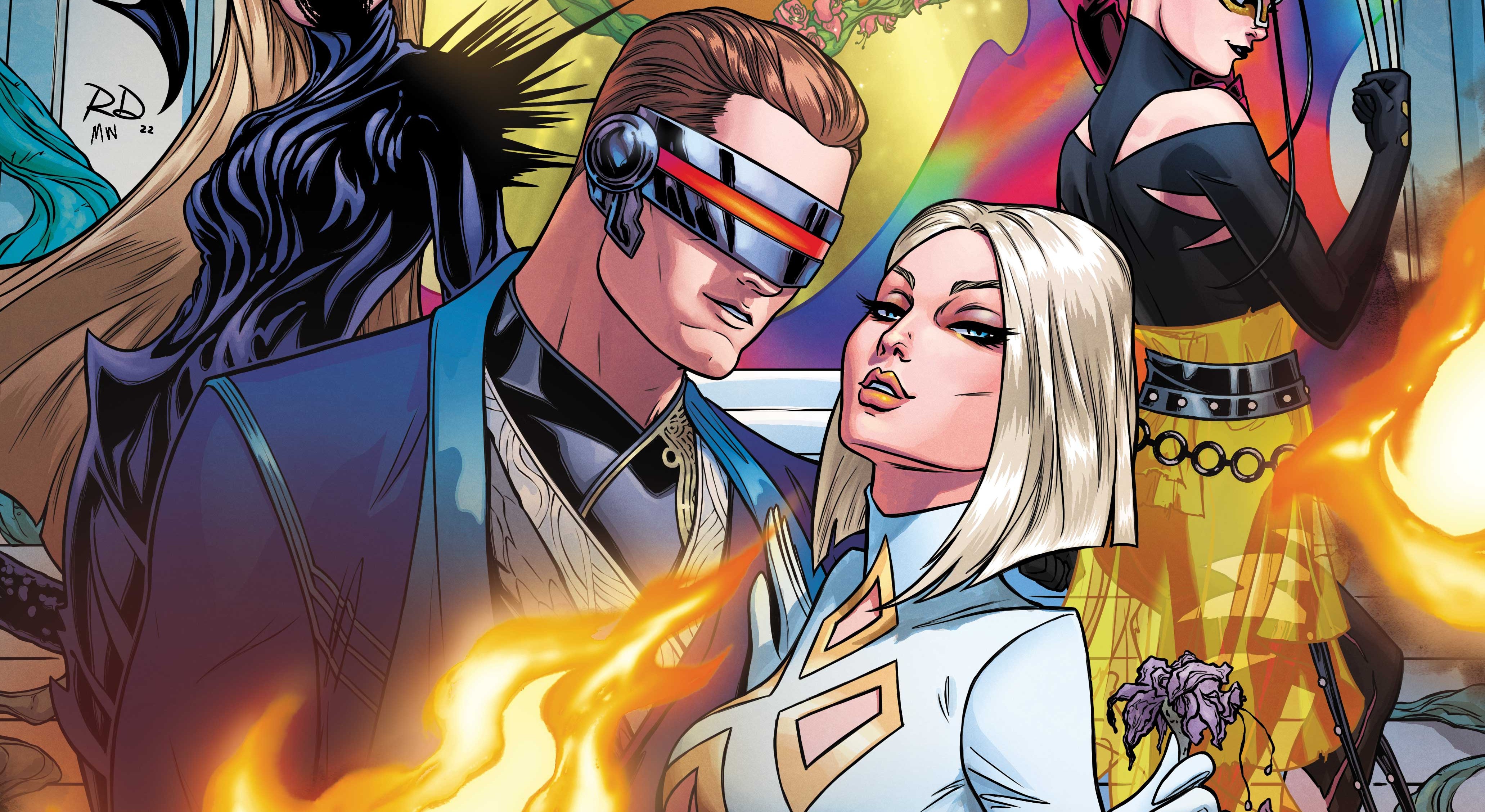 Marvel Comics announced that the X-Men Hellfire Gala #1 will be coming our way this June. The giant-sized one-shot issue by Gerry Duggan Russell Dauterman, Matteo Lolli, C.F. Villa, and Kris Anka is looking to take things to the next level in the second annual event.

Marvel isn’t sharing much but with last year’s event claiming Mars as its mutant homeworld, there is a high bar to match this year. All Marvel superheroes are invited to witness the “radical transformation” the X-Men aims to bring to the Marvel Universe.

With one uninvited guest set to crash the party, Marvel promises the chaos that follows will crack the very foundation of Krakoa and leads directly into the biggest Marvel story of this year, the highly-anticipated Judgment Day by Kieron Gillen and Valerio Schiti.

Along with all this excitement, the publisher will reveal the new X-Men lineup and the winner of the X-Men fan vote. The press release also adds that “The seeds for what’s to come in the X-Men franchise over the next few years are planted right here!”

Duggan said in the press release:

“Last summer your host Emma Frost invited you to celebrate Krakoa with some fireworks. This year, it’s about celebrating mutantdom’s friendship with humanity. Once again, we have a murderer’s row of talent crafting a one-shot with revelations that will chart the biggest stories in the Marvel Universe. All that, and meet a new team of X-Men.”

X-Men Hellfire Gala #1 will arrive at your favorite local comic shop on June 29th, 2022. Check out the main cover by Dauterman below: