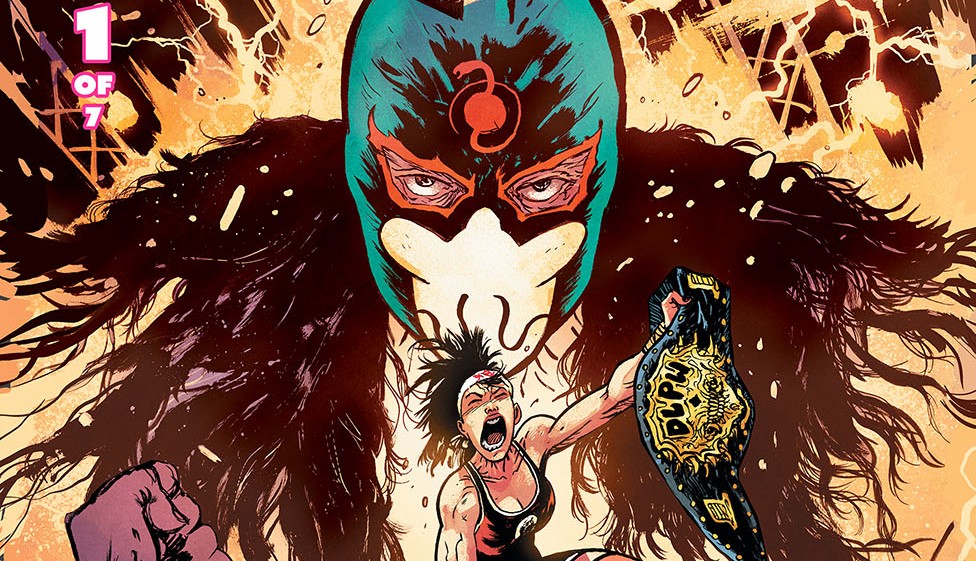 Image Comics has announced that a new series is coming our way by Daniel Warren Johnson, and he is looking to deliver a love letter to the pro wrestling scene with a seven-issue limited series titled Do a Powerbomb. Described as “The Wrestler meets Dragon Ball Z.”

Image Comics‘ synopsis for the series:

“Do a Powerbomb follows Lona Steelrose who wants to be a pro wrestler, but lives in the shadow of her mother’s success before her. But everything changes when a wrestling-obsessed necromancer asks Lona to join the grandest—and the most dangerous—pro-wrestling tournament of all time!”

Johnson spoke to IGN in an exclusive and said:

“Ever since I started writing and drawing comics, I’ve wanted to make stories that get me EXCITED. I mean, like, REALLY PUMPED UP, and it’s no different here with Do a Powerbomb, where I’ve tried to channel my passion and love for pro-wrestling into a 2D space, to try and share it with my readers as best I can, and maybe get them excited about it too. And honestly, what’s a better way to make something new than to combine two things I love so much? I hope you all join me on this ride. I’m so proud of it!”

Do a Powerbomb will be available at your favorite local comic shop and digitally on June 15th, 2022. Check out the short preview and main cover by Johnson below: