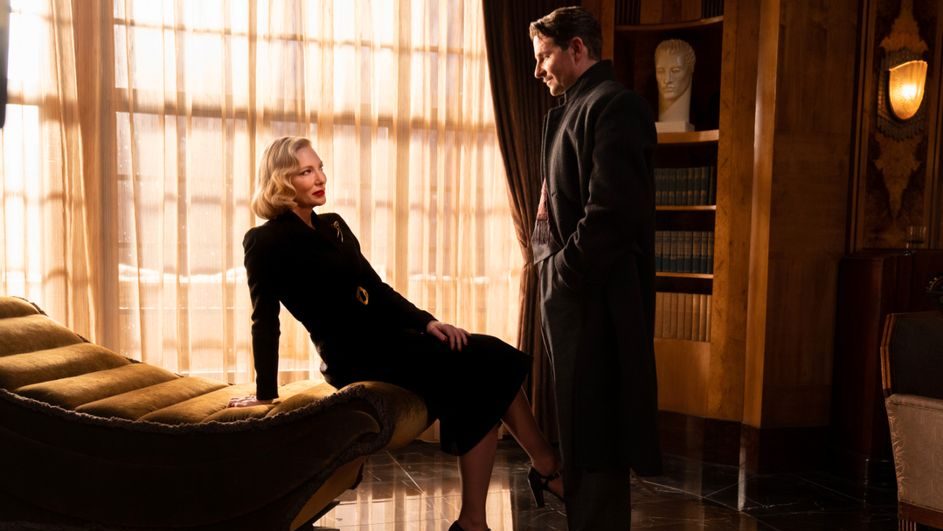 Searchlight Pictures released a new trailer for the upcoming film from Guillermo Del Toro, Nightmare Alley. The psychological thriller will star Bradley Cooper and Cate Blanchett. The film is set to premiere in theaters on December 17th, 2021.

Nightmare Alley stars Cooper as Stanton “Stan” Carlisle, who is described in the film’s plot synopsis as being a particularly manipulative carny. When Stan teams up with psychiatrist Dr. Lillith Ritter (Blanchett), the two could prove an even more dangerous pair to others. The trailer appears to be structured around the device of Stan being issued a lie detector test, which he — of course — is not being entirely truthful in responding to, as the scene is juxtaposed with moments of his various misdeeds.

Also starring in the film is the ensemble cast of  Toni Collette, Willem Dafoe, Richard Jenkins, Rooney Mara, Ron Perlman, David Strathairn, Clifton Collins Jr., Tim Blake Nelson, and Mary Steenburgen. Alexandre Desplat who previously worked with Del Toro on the film The Shape of Water started working on the score but had to depart due to scheduling conflicts which brought in Nathan Johnson to finish the score. According to del Toro, his take on Nightmare Alley is based on the 1946 novel of the same name from William Lindsay Gresham, rather than the 1947 film adaptation.

Nightmare Alley comes to theaters on December 17. Check out the new trailer below: