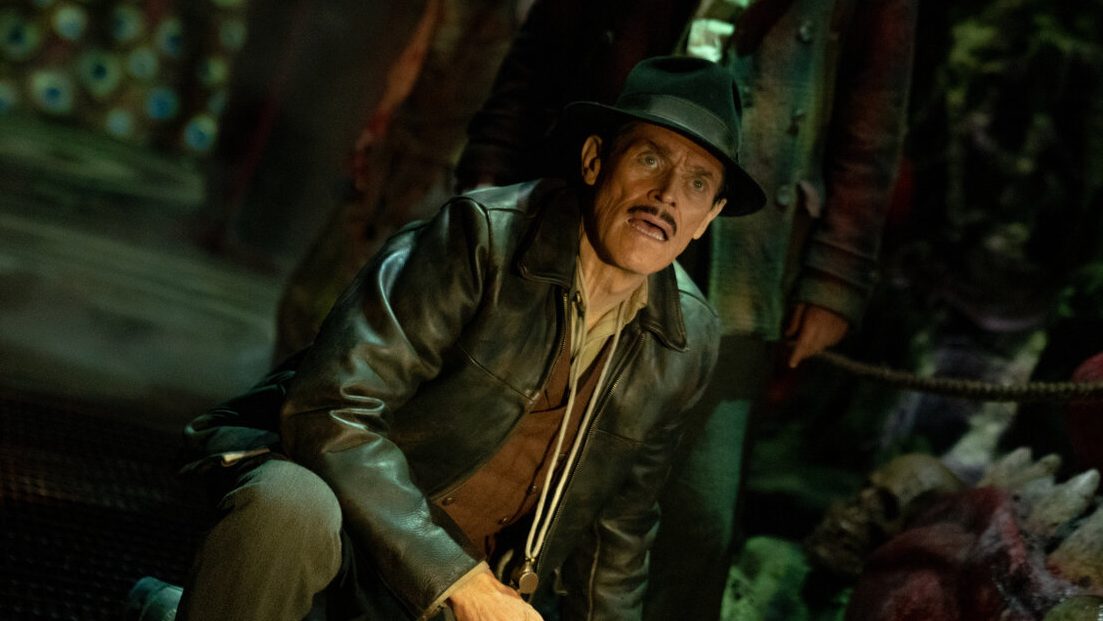 20th Century has shared a couple of first-look photos from director Guillermo del Toro‘s upcoming film project Nightmare Alley. This is his first film since his Academy Award-winning film The Shape of Water.

The film is based on the 1946 novel by William Lindsay Gresham and stars Cate Blanchett, Bradley Cooper, Rooney Mara, Toni Collette, Willem Dafoe, Holt McCallany, Ron Perlman, Richard Jenkins, and David Strathairn. You’ll see many of these actors in the images that were released.

In Nightmare Alley, “an ambitious young carny (Cooper) with a talent for manipulating people with a few well-chosen words hooks up with a female psychiatrist (Blanchett) who is even more dangerous than he is. The carnival cast includes carnival worker Molly (Mara), head barker Clem (Willem Dafoe), and Ron Perlman as Bruno the Strongman. Richard Jenkins is part of the high society crowd as wealthy industrialist Ezra Grindle.”

Del Toro says this is going to be “a very different movie” from the other films that he usually makes. He explained in an interview with Vanity Fair:

“I’m not going to do any of the clichés associated with the genre. I’m not going to do the Venetian blinds, and voiceover, and detectives walking with fedoras in wet streets. I wanted to do the universe of the novel, which is a little gritty, but also strangely magical. It has a very strange, mystical allure — and mythical. I was very attracted to that possibility.”

Del Toro co-wrote the script with Kim Morgan (The Forbidden Room). His goal for the film was to “bring the dark, raw world and language of William Gresham to the screen and now we are joined by a superb group of artists and technicians to bring it to life.”